A West Vancouver British Properties homeowner has filed a lawsuit against his neighbour over the issue of tree heights that block ocean and city views from certain areas of his residence at 2452 Chippendale Road.

According to a document submitted to the Supreme Court of B.C. last week, Xu Kuai and his wife Shu Xiao Yang assert approximately ten trees on Romy Chen’s adjacent downhill property have grown beyond the permissible height deemed by a British Properties covenant. In some cases, the trees are 20 feet higher than the roofline.

The 2001 restrictive covenant states that “[n]o tree or shrub, naturally existing or planted… shall be permitted… to exist at, or grow to, a height greater than the height of the ridge of the roof of the single family residence.” The policy was specifically applied to this property as it “may negatively affect the physical state and value” of the property above it.

Chen purchased the lot from British Properties in 2003 and constructed a new single family dwelling on the site the following year.

The lawsuit indicates that since 2011, Kaui has requested Chen to trim the treetops to a height below the ridge of the roof but no action has been taken after numerous requests. It also states that unsuccessful attempts were made to sell the property since June 2014, citing the presence of the trees that block the view as a major factor and have “diminished” the “fair market value” of the lot.

The lawsuit seeks to implement a mandatory injunction to require Chen to trim the trees to a height no greater than the height of her residence’s roofline.

On a real estate listing, photos of a bedroom balcony view of Kuai’s property show trees blocking views of Burrard Inlet. The residence has 4 bedrooms, 6 baths, area of 4,405 square feet and was listed for $3.125-million. 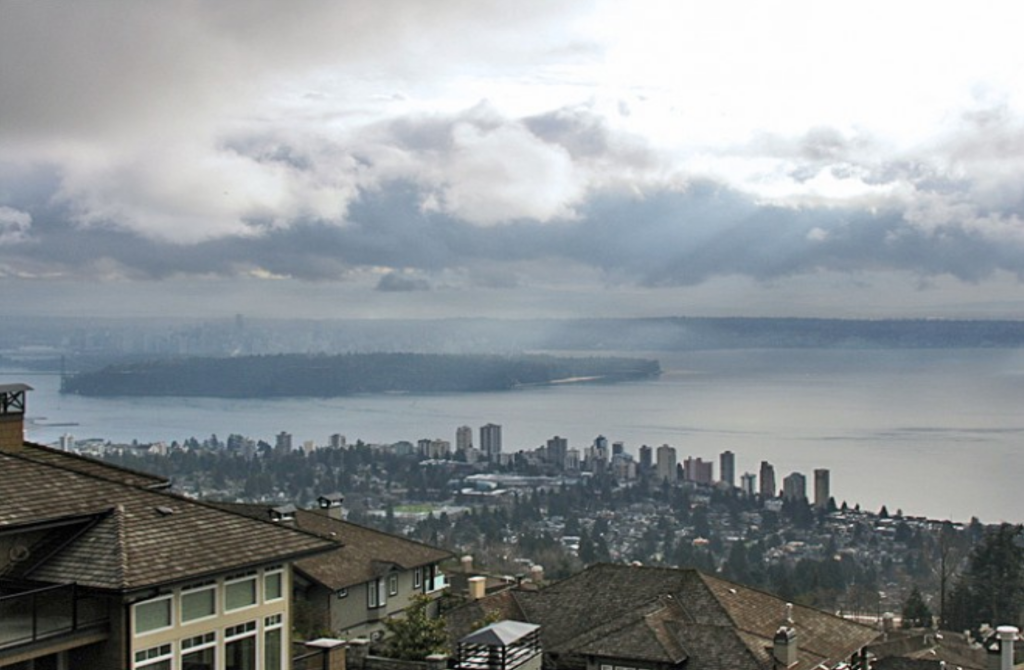