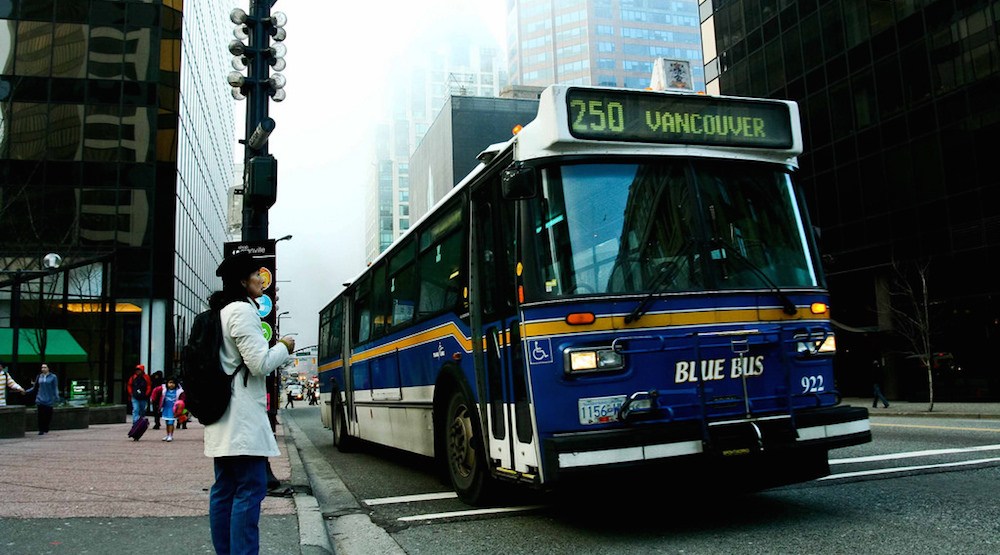 All public transit buses operated by West Vancouver Blue Bus later this week if a dispute between the District of West Vancouver and ATU local 134, the union that represents the bus drivers, is not resolved.

Job action began earlier in the week when the union banned overtime for both drivers and mechanics, which meant buses on some routes were either delayed or cancelled. It could escalate into a full shut down of the Blue Bus fleet with 24 hour notice.

Drivers have been without a contract since March, when the contract expired, and bargaining talks late last week broke down even with the use of a mediator. Before Labour Day in September, the union’s members had previously unanimously voted to strike, and it served a 72-hour strike notice.

“The District of West Vancouver is surprised and disappointed with the strike,” reads a statement by the municipality. “We have been negotiating in good faith and believed an agreement was close.”

“The District has been very clear with the transit union that it is prepared to provide employees with a settlement comparable to the recent Coast Mountain Bus Company agreement.”

Negotiations are between the union and West Vancouver’s municipal government, not TransLink, as the Blue Bus is owned and funded by the municipality. The Blue Bus is operated by TransLink under contract.

Lions Gate Bridge vehicle volumes and SeaBus ridership could increase from a strike.

A regional bus strike by Coast Mountain Bus Company drivers was averted in the spring through successful negotiations by TransLink.