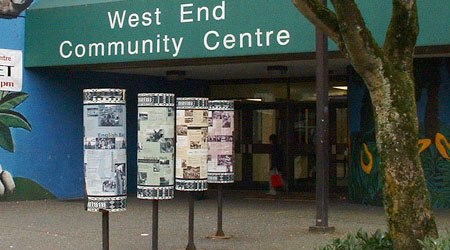 The temporary warming centre set up for homeless people in the West End community centre has been closed, after residents expressed safety concerns.

In a statement to Daily Hive, the Vancouver Park Board said concerns about the warming centre, which opened on December 17, began after the holidays.

“When normal programming resumed at the centres, it became increasingly challenging for staff and patrons to maintain these warming centre operations,” said spokesperson Margo Harper.

“We are not staffed to run 24 hours a day in these facilities and there were concerns from patrons about safety with transitions between warming centre operations at night and community centre programs in the morning.”

After discussions between the Park Board, centre staff, the City, and the West End Community Centre Association, the warming centre was closed on Wednesday night.

The warming centres, originally set up in Britannia, Creekside and West End community centres, are different to shelters, allowing visitors to come and go without registering.

Although the centres are mostly used as a space to simply warm up in a chair and enjoy a hot cocoa, homeless people are also welcome to turn up with their bedroll and spend the night.

Homeless people in Vancouver made 2,000 visits to the three centres as temperatures plummeted below zero recently; 500 of those were to the West End warming centre alone.

The West End warming centre is the second to be shut down this week; Creekside closed after an incident on Monday involving a child and a hypodermic needle.