If you’re not serious about your geekage, then don’t come to this show. Geeks vs Nerds rewards the obscure knowledge seekers. The relentless fact checkers. The fans are so devoted to their craft that they’ll spend hours on costumes, rebuttals, and songs to win you to their side.

How to Win: if you still know what they’re talking about by the end of the night. 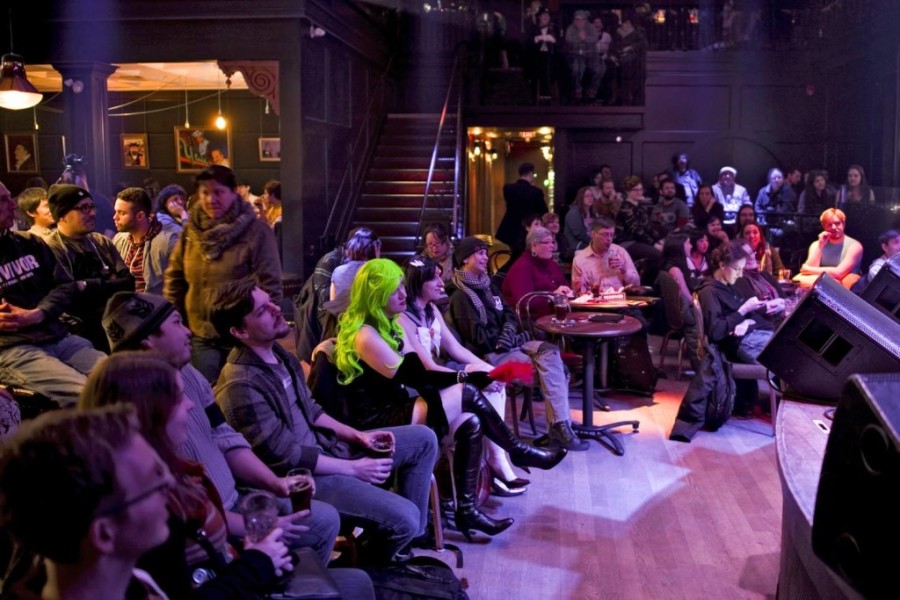 Here’s what I saw at Robopocalypse II: Electric Boogaloo:

Starting the night, we have BOB (of ReBoot) vs TRON to see ‘Who is the Better Protector of Your PC?’

Then, in our killer headliner, we’ll raise the ill-fated question: CYLONS vs TERMINATORS – ‘which robotic race is best equipped to KILL ALL HUMANS?!’

Geeks vs Nerds host, Chris “MooMan” Nyarady, sure knew how to get the crowd going. Sharp-witted and armed with a terrifyingly accurate nerf gun, Chris carried the show. I love how he kept it positive, supporting the debaters through highs and lows. 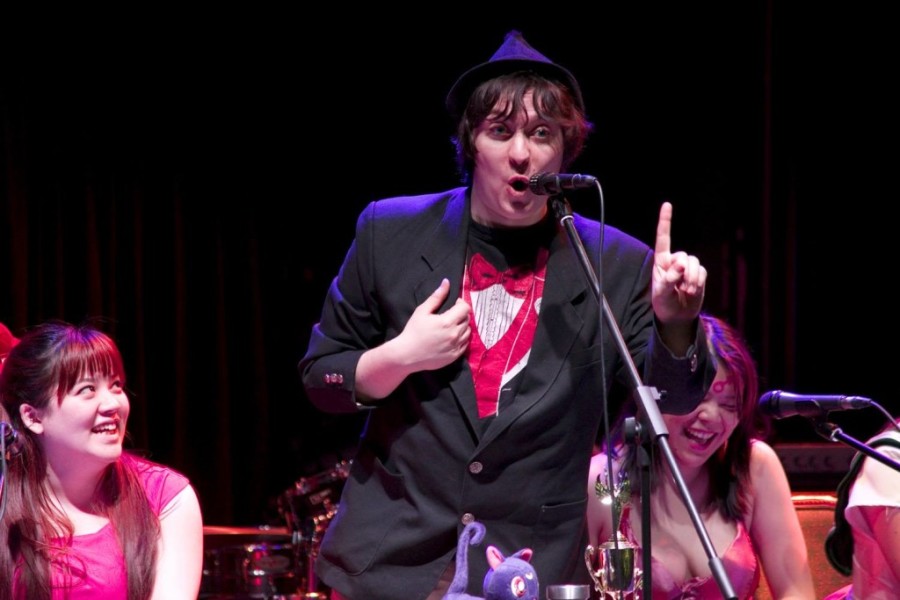 The sheer amount of of knowledge flowing out of these debaters was nothing short of awe-inspiring. I’m a huge fan of ReBoot, but remembered the others to varying degrees as remnants of my childhood. The arguments showed me how little I knew about anything. Geeks vs Nerds is as entertaining as it is educational; a great way of visiting nostalgic shows without having to, well, really dig through it. (I tried that with ReBoot recently. It hurt my eyes.)

The downside? It’s a debate, so I wish the debaters were a little less polished. I wanted to see more firing back and forth, less reading off the page.

Geeks vs Nerds is not for the uninitiated. It’s for the hardcore nerds. The die-hard geeks. If you’re an occasional user, then don’t bother coming. This is geekage on pure crack.

Geeks vs Nerds is a monthly show at Vancouver FanClub. Follow their Facebook page for details on the next show.