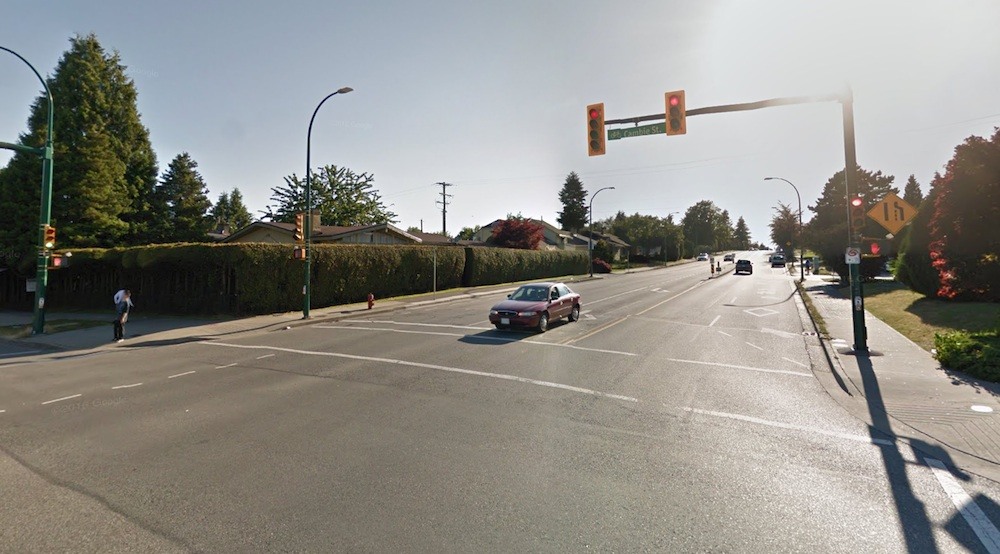 A long busy section of one of Vancouver’s main east-to-west arterial roads will be closed for the next two weeks to allow crews to conduct sewer infrastructure improvements.

The City of Vancouver says work to replace the Oakridge Trunk sewer necessitates the complete closure of West 49th Avenue between Cambie Street and Heather Street. The closure began on Thursday. 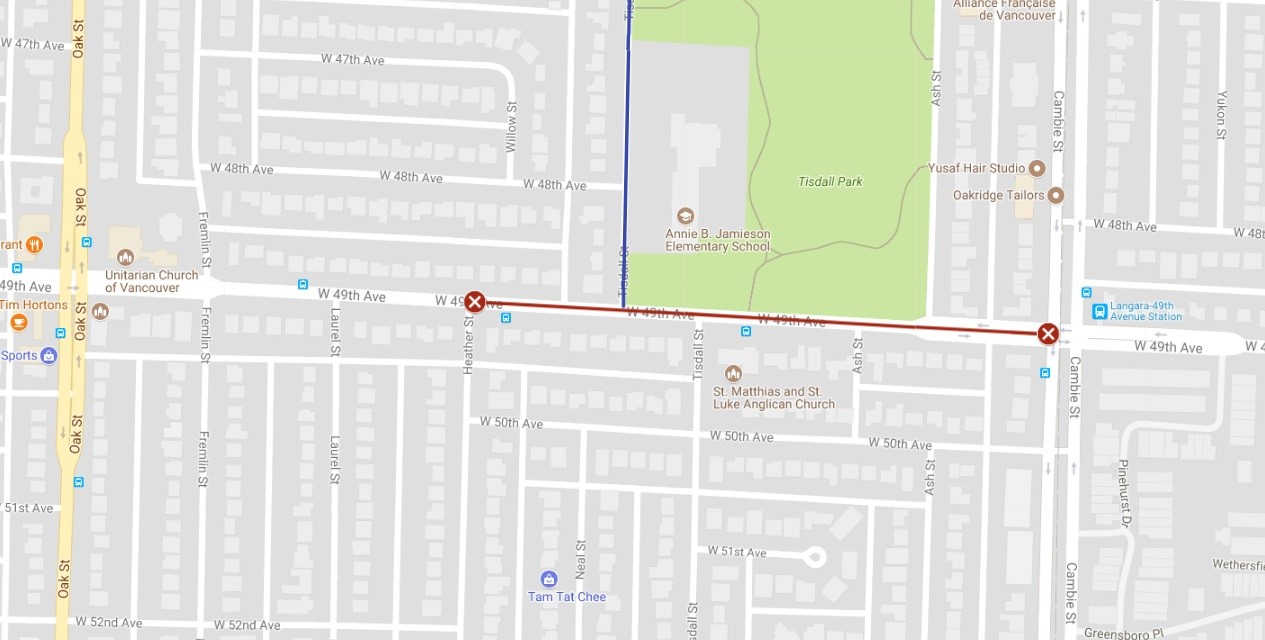 The section of road that will be closed until approximately July 7. (Google Maps Streetview)

Work involves replacing a 1957-built sewer with a separated sewer system consisting of one pipe for rainwater runoff and one pipe for sanitary fluids. The municipal government is replacing the infrastructure after several flood events in the summer of 2013 and June 2014.

There will be some impacts to the 49 Metrotown/UBC transit bus route, which runs along the street.

While the section of road is completely closed to regular traffic, the City says transit buses will still travel on a single lane through the closed section with assistance from traffic control personnel. Traffic for buses will alternate.

In early May, the City also re-closed a long section of Southwest Marine Drive between Granville Street and Camosun Street for sewer upgrades, which requires a detour of the 49 bus route to West 41st Avenue west of Arbutus Street. The section of road is not anticipated to reopen until Labour Day.