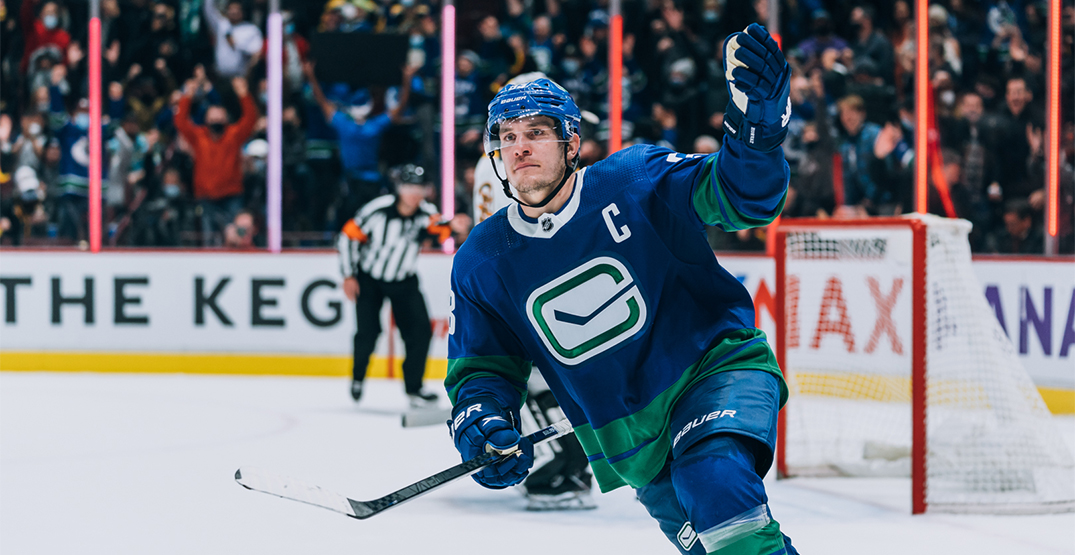 While the J.T. Miller file lingers on the desks of Jim Rutherford and Patrik Allvin, let’s not forget that Canucks captain Bo Horvat is eligible for a contract extension too.

There were rumblings a couple of weeks back, prior to free agency, that Horvat and the Canucks were heading towards an extension, and for all we know, there may well be an agreement or even a signed contract in a drawer.

Alternatively, the Canucks may have to deal with Miller first before moving on to Horvat. Such is the reality in a salary-capped world. One move affects the next.

Things have gone quiet around Horvat and that’s not surprising. He’s most political as a player, he’s not going to rock boats unless it’s egregious, like that post-COVID schedule the NHL fashioned for the team coming out of their outbreak. Even then, he was diplomatic.

But the fact remains that Horvat played on a team-friendly contract — one of the better deals from the previous administration. He’s entering the final year of a pact that counts $5.5 million against the cap.

At age 27, he’s primed for another lucrative deal and if he wanted to, could really hold the Canucks’ feet to the fire. Not sure that’s his style, though. I think the Canucks could slow play this through next year and likely not hear boo from Bo.

But that’s one of the things to watch as the team moves on to Plan B or even Plan C with Miller.

Does it mean Horvat will have to wait? Or does the club do a pre-emptive extension with Horvat, committing future dollars on the captain and all but assuring that there won’t be enough left for Miller?

That might affect leverage in trade talks, and on that file, the Canucks need all the help they can get. Good thing Horvat plays ball.