Indeed, millions and millions of people around the globe are watching people bump uglies online. Many of them are probably doing it right now in fact. (You’re welcome.)

And like the rest of the world, Canadians aren’t immune to the appeal of opening up an incognito window. But where we differ is in the kind of stuff we’re searching for as we get ready to waggle our joysticks.

Thankfully the company has broken down the weirdest things their Canadian users have searched for so we can all learn a little more about our fellow citizens. 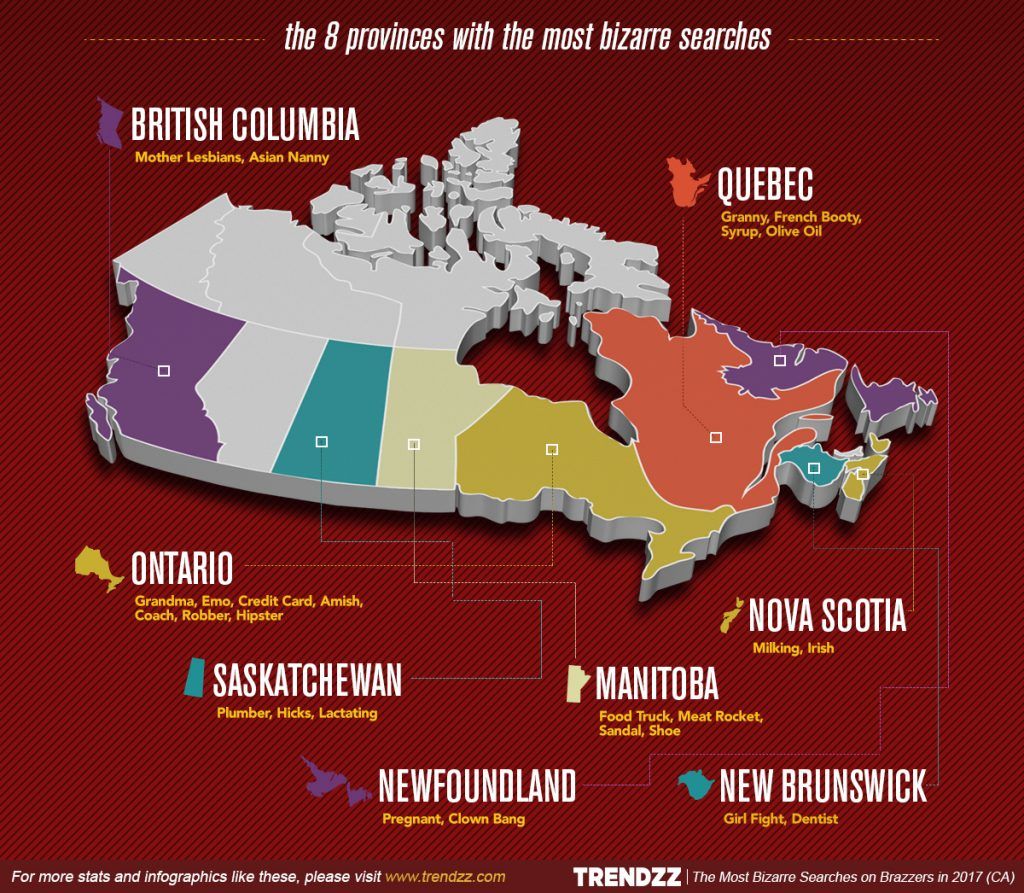 So, in information-you-didn’t-think-you-needed-to-know-until-now, we can say with certainty that British Columbians are obsessed with Asian Nannies, the Quebecoise love their food a little too much, and Ontarians are just trying to fill a credit-card-wielding-Amish-emo-grandma shaped hole in their lives.

Did you know for example that Ontario is the province that has spent the most time on Brazzers.com this year, clocking up more than 4500 hours of screentime?

Finally, what about Quebec, where people were 7x more likely to search for “syrup” than any other Canadian?

What about the rest of the country?

If you’re from Prince Edward Island, Nunavut, Yukon, Northwest territories or Alberta and are concerned that your province is conspicuous by its absence from the above graphic then don’t worry.

In fact, you can pat yourself on the back (or, you know, wherever) for being the provinces / territories with the least bizarre searches in 2017, so kudos to you. 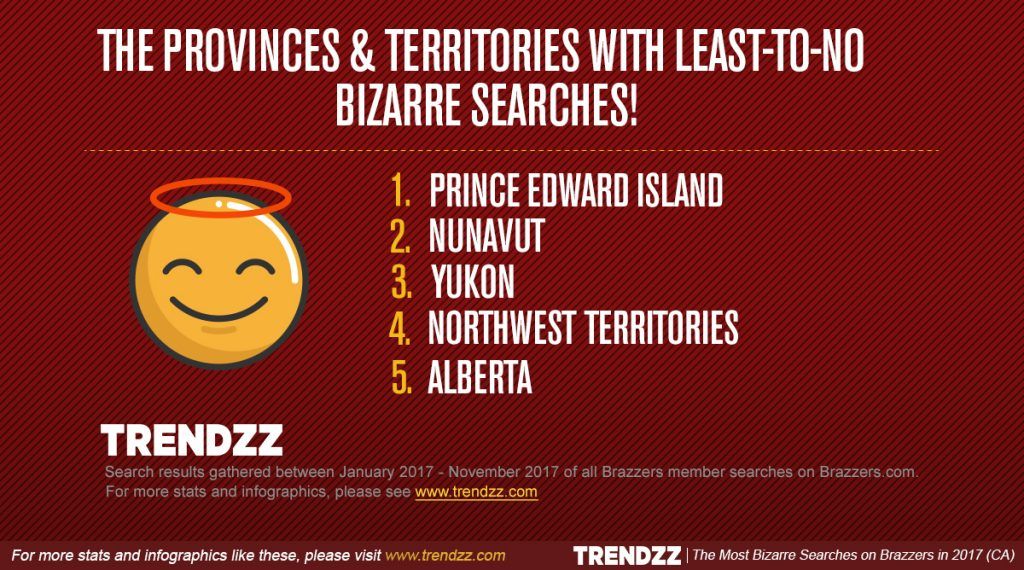