In their home opener, the Seattle Seahawks shut out the Chicago Bears, 26-0, giving them their first win of the season.

In what started off as a sluggish affair, the Seahawks poured on the points, and took advantage of an injury stricken Bears team. Seattle’s stars shined, with tight end Jimmy Graham and electric rookie receiver Tyler Lockett turning in huge games.

The Seahawks had difficulties of their own in the first half, and only led 6-0 by halftime, drawing boos from the home crowd. The scoring opened up in the second half, when Lockett returned the opening kickoff of the half for a touchdown. Lockett also acted as a decoy on a punt return, faking that he had fielded the punt, only for All-Pro corner Richard Sherman to field the punt on the opposite side of the field, taking it 64 yards down the field. Lockett now has a punt return touchdown and a kick return touchdown on the season.

Despite four sacks by the Bears defence, Russell Wilson was able to have an efficient game, throwing for 235 yards and a touchdown. He seemed to develop a chemistry with tight end Jimmy Graham, who had not been very productive in his first two games in Seattle. Graham exploded for 83 yards and a score, including an excellent 30 yard catch-and-run for a touchdown. Wilson and receiver Jermaine Kearse also showed off their chemistry, with Kearse finishing with 76 yards.

Swatting defenders away. Mega spike in the end zone.
This is the Jimmy Graham the @Seahawks traded for. #CHIvsSEA
http://t.co/4D3RReY4I5

Running back Marshawn Lynch didn’t start the game, as he was having issues with his hamstring. Last week, he was listed on the injury report with a calf injury, and was questionable for this game. Lynch didn’t arrive at the sideline until partway through the first quarter.

In limited action, Lynch rushed five times for 14 yards, and also chipped in a reception for 9 yards, before leaving in the third quarter. Lynch left the game with a hamstring injury. With Lynch limited, rookie Thomas Rawls shouldered the load, rushing for 104 yards. Fred Jackson also saw limited action. According to Pete Carroll, the injury is nothing to be “alarmed” by and the Hawks will have to “wait and see.”

The defence saw the return of Kam Chancellor. Although Chancellor registered only one tackle, coach Carroll stated that his presence on the field made a difference. With Chicago missing quarterback Jay Cutler and receiver Alshon Jeffery, Seattle was able to focus on shutting down running back Matt Forte. 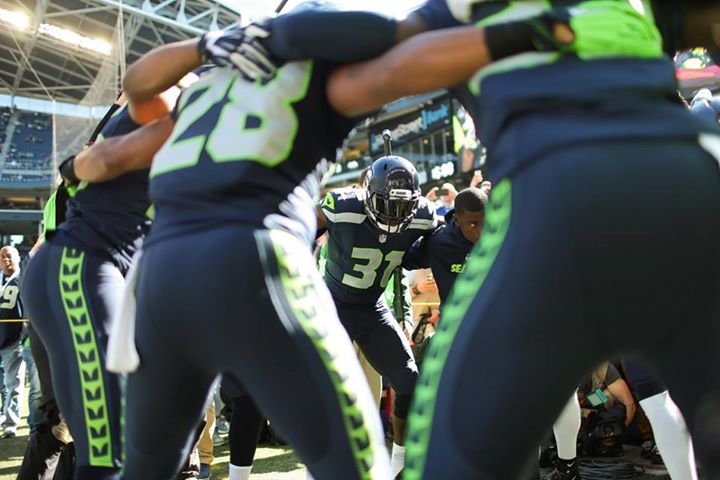 Despite forcing no turnovers, and producing only two sacks, the Hawks held Chicago to only 7 first downs, and 146 total yards. However, it remains to be seen how the defence will fare against better offences, considering that this was a Bears team who was far from being at full strength.

Next Monday, the Hawks host Calvin Johnson and the Detroit Lions.