Last week, the Seattle Seahawks were stuffed short in their season opening thriller against the St. Louis Rams. The Hawks will look to bounce back this week against a familiar foe in the Green Bay Packers, a rematch of last year’s NFC Championship game.

On January 18, 2015, in what many will regard as one of the greatest games in NFL history, the Seahawks and Packers put on a show that no one will ever forget.

The 12th Man was silent. An injured Aaron Rodgers had led his Green Bay Packers to a 16 point lead by halftime. The leader of the Seahawks, Russell Wilson, however, was having the worst game of his career. To further the issue, one of his receivers, Jermaine Kearse, was having the worst of his. It looked like we would see Green Bay face New England in Super Bowl 49. 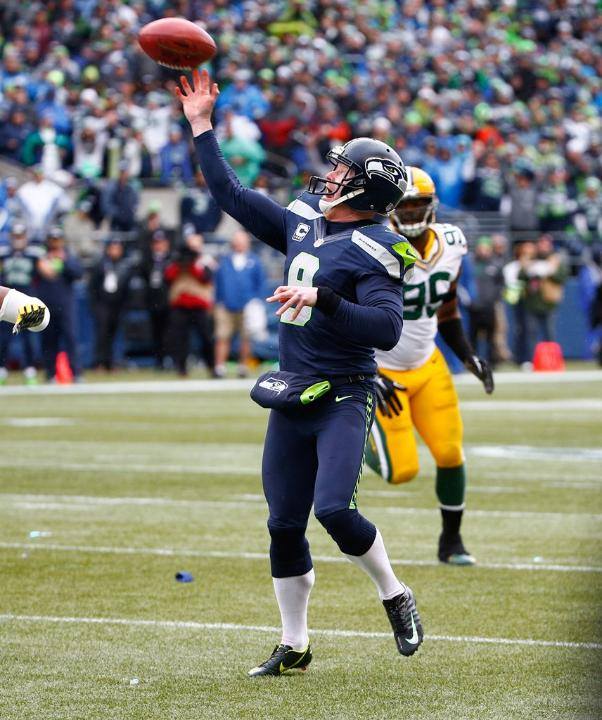 However, Jon Ryan had another idea when he passed the ball to one of his offensive linemen for a touchdown, getting Seattle on the board. The comeback was on, but not without bumps in the road.

The following drives saw Richard Sherman injure his arm, and Russell Wilson throw an interception. The Hawks did not give up.

Their comeback saw them score another touchdown, recover an onside kick that a Packers player dropped, and convert on the luckiest two-point conversion that you will ever see. A Packers field goal sent the game into overtime, where the Seattle Seahawks won the coin toss for first possession – and they made it count.

The two players who were having the toughest games of their careers, Russell Wilson and Jermaine Kearse, connected on a deep pass for a touchdown for the victory. 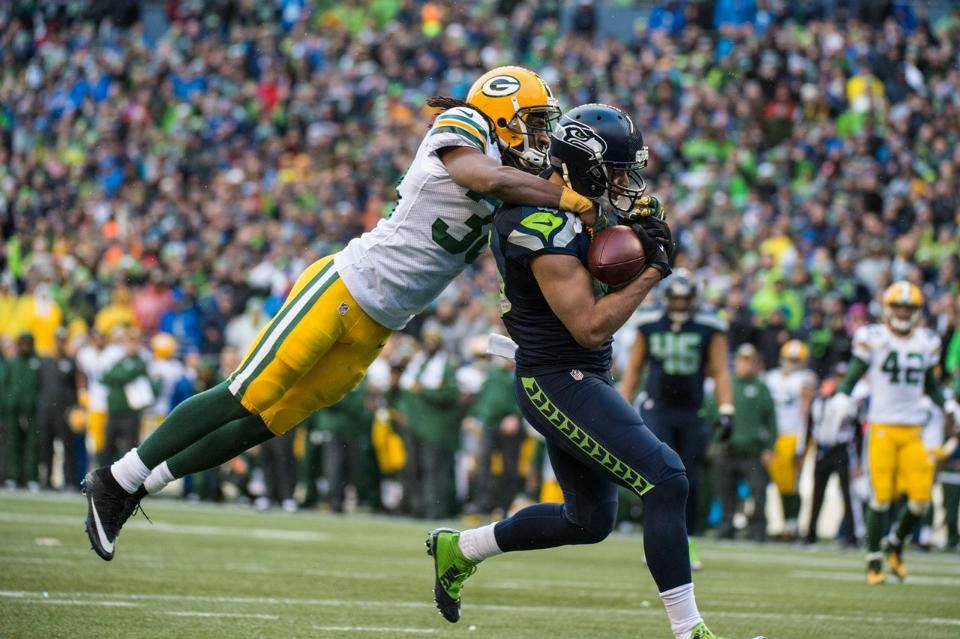 This time around, the Seahawks will not have the 12th Man in their back pocket. The Hawks will travel to Lambeau Field, which has been very good to the Green Bay Packers. Furthermore, Aaron Rodgers is healthy, and will not be limping around the field. However, both teams have gone through some changes since the NFC Championship game.

Stats through one week:

In Week 1, it was easy to see that the Seahawks are still adjusting to the changes that occurred over the offseason. Seattle dropped a match that they were heavily favoured to win, and didn’t look to be fully synced. In all fairness, they were playing a tough competitor in a rejuvenated St. Louis Rams.

Although he slipped on the tying touchdown pass to Rams receiver Lance Kendricks, Dion Bailey filled in admirably for safety Kam Chancellor. Chancellor is not expected to play against the Packers.

Cornerback Cary Williams played well in his Seahawks debut, getting a strip-sack and then ran the recovery in for a touchdown. In general, however, the Hawks passing defence was not as airtight as normal.

Cornerback Richard Sherman attributed some gaffes in the coverage to communication. Although the passing coverage wasn’t great, the Seahawks run defence was stout, holding Rams running backs to limited yardage; however, they were defending against back-ups. They will face a true test this week with Eddie Lacy. 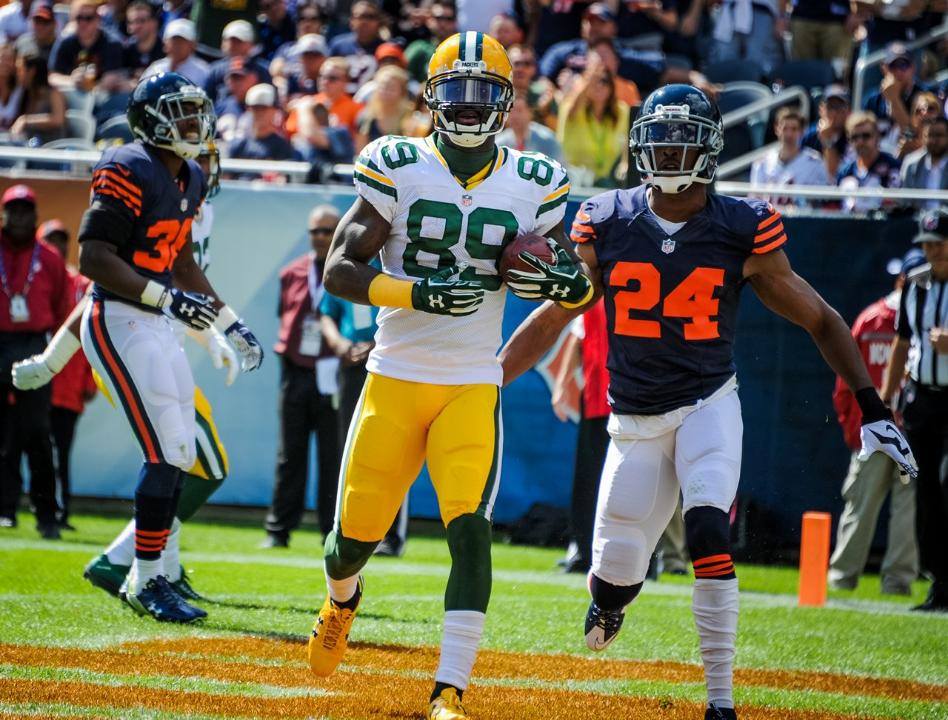 The communication will have to improve against a high powered Green Bay offence, which was adjusting to life without star receiver Jordy Nelson.

Aaron Rodgers didn’t have his usual stat line, but did manage to throw for three touchdowns. At his disposal, he will still have receivers Randall Cobb, Davante Adams, and James Jones. Cobb saw limited looks in Week 1, due to an offseason shoulder injury, but should see a jump in action this week.

Budding sophomore Davante Adams was the Packers’ leading receiver last week, and will look to build upon that against the Seahawks. The game against the Bears also saw the return of longtime Packers receiver James Jones, whose instant chemistry with Aaron Rodgers led to two touchdowns. Despite the absence of Jordy Nelson, the Packers’ secondary will have their hands full.

The Bears exposed a giant hole in the Packers’ defence when they gashed them for 189 yards on the ground. They were unable to stop Bears running back Matt Forte, and the Hawks will look to exploit this weakness with their resident beast, Marshawn Lynch. The Seahawks offensive line and Lynch will look to put their 4th-and-1 situation from last week behind them, and storm through the Packers’ defenders. 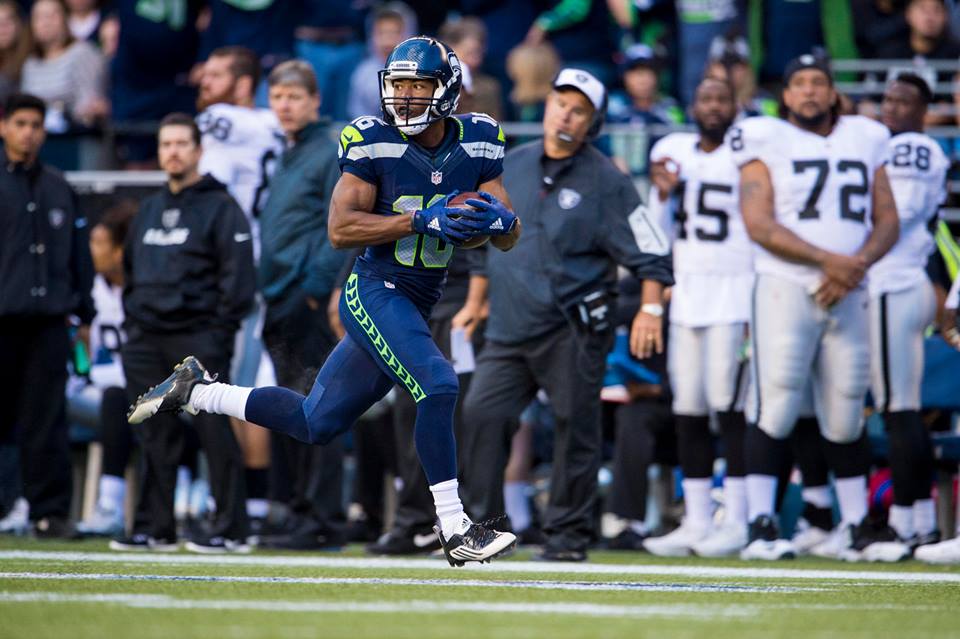 The Seahawks’ found 251 passing yards against a stingy Rams defence, and should find similar success against the Packers pass defenders, despite the four interceptions that Wilson threw against Green Bay in their last meeting. Wilson used all of his targets last week, and especially had good chemistry with Jermaine Kearse and Jimmy Graham. Also, the Hawks were not shy about using rookie receiver Tyler Lockett in Week 1, and will look to use his game breaking speed against Packers.

For the Seahawks, the key to the game will be a run-heavy offence, led by Marshawn Lynch, and supplemented by Fred Jackson and Russell Wilson. Better communication on defence will also be vital, as the cerebral Aaron Rodgers will look to methodically slice apart the Seattle defence.