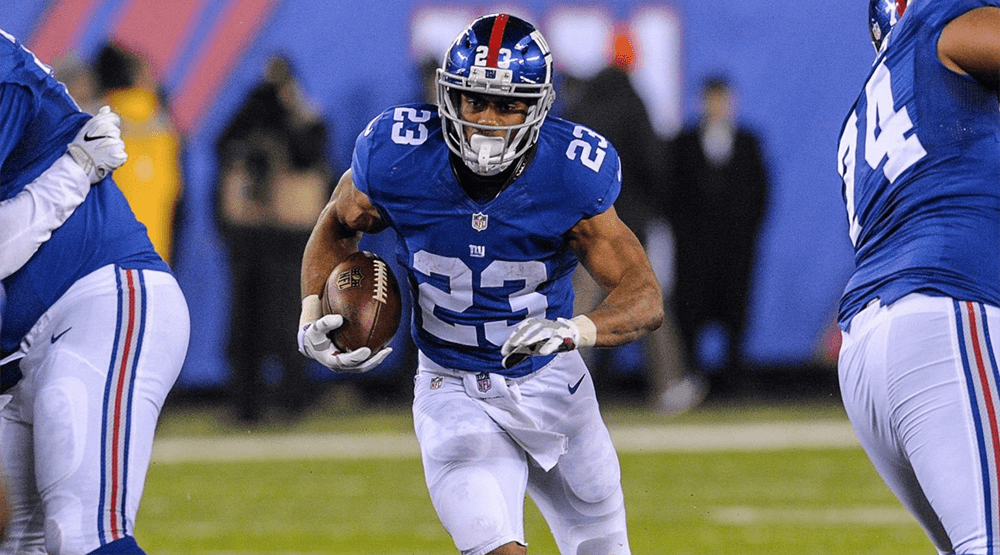 Last week was our fourth straight winning week, going 7-6 as we get closer to the NFL playoffs. The New York Giants made a statement last Sunday by beating the Dallas Cowboys and we expect them to keep that momentum as they host a banged up Detroit Lions in Week 15.

Two teams that look to be destined for the playoffs face-off in one of the biggest games on the Week 15 slate. The Giants just made a statement to the NFL that they are for real, breaking the Cowboys 11-game winning streak and beating them for the second time this season on national television. Their defence was as stingy as it’s been all season, even with the loss of Jason Pierre-Paul, and should be able to slow down the Lions and the banged-up Matthew Stafford.

The Lions have now had eight fourth quarter comebacks this year and are in second place in the NFC. Although they keep making late game heroics, the Giants are known for shutting down teams on game winning drives. We expect that trend to continue and for the Giants to keep pace in the playoff race.

The Chicago Bears are coming off a three-point loss to the NFC North leading Detroit Lions. They’ve looked surprisingly competent under third stringer Matt Barkley, and have found a solid talent at running back in Jordan Howard who can chew up clock and hog time of possession to help keep games close.

The Green Bay Packers are fresh off a resounding victory over a perennial NFC contender in the Seattle Seahawks. We saw Aaron Rodgers get dinged up in that one, and that calf injury will likely hamper his mobility headed into this matchup. This Bears defence is quietly seventh in the NFL in yards allowed per game, and is sneaky good with Eddie Goldman, Akiem Hicks and Willie Young up front.

It’s a divisional game, and at home, the Bears should be able to keep this close.

The up and down season for the Vikings continues as they’re still in the playoff race and could welcome back Adrian Peterson next week. Their defence is still top notch and dominant at home but their offence has been struggling all year to put up points.

The Colts are essentially a loss away from being eliminated from the playoffs and will be playing for their lives in Minnesota. Andrew Luck will have a tough matchup against the Vikings but should be able to put up a couple touchdowns. We’re not sure the Vikes can put up much more.

The Vikings have only won one game this season by double digits. They should be able to win this game at home on their defence alone, but probably by no more than a field goal.

The Steelers have clawed their way back into the divisional lead after embarrassing the Bills in Week 14. Le’Veon Bell has been an absolute monster the past few weeks and the Steelers defence is playing as well as they have all year. Although they’re 8-5, the Steelers are the one team AFC teams don’t want to face in the playoffs.

We like the Steelers to win a tough game in Cincinnati.

For the Chiefs it’s business as usual come November/December, with wins in nine of their last 10, with their only loss in an away game on the east coast against a red hot Tampa Bay team. Look for the defence to get a couple of turnovers and Tyreek Hill to again make his presence felt with a splash play on offence or special teams.

Tennessee eked out a win last week with the help of an abysmal performance on offence by the Broncos, who only managed a team rushing total of 18 yards on nine carries and had two fumbles lost. We don’t see the Chiefs being that inept establishing the ground game at home with Spencer Ware in the backfield, so look for the home team to literally run away with this one.