The defending NFC Champion Seattle Seahawks started their quest for a third consecutive trip to the Super Bowl on Sunday, against the St. Louis Rams. Unfortunately for the Hawks, they came up short in a thriller that went into overtime.

Prior to Sunday’s game, Russell Wilson gave the world his prediction of how the Seahawks would open the season:

Unfortunately for Russell and his Seahawks, the St. Louis Rams had other ideas. Anchored by a stout defence, and a solid all around performance on offence, the St. Louis Rams took the Hawks the distance, ultimately dropping them in overtime with a field goal. The Rams, who took exception to Wilson’s prediction, took to Twitter to let him know how they felt:

The Seahawks fell behind early, scoring 18 points in the fourth quarter to retake the lead. Seattle took the lead on a Cary Williams forced fumble and score, with 4:39 left. The Rams evened things up with 53 seconds left, as quarterback Nick Foles tossed up a pass to wide receiver Lance Kendricks, who took advantage of Kam Chancellor’s replacement, rookie Dion Bailey, stumbling up on the play.

The Rams hit a field goal on the opening drive of overtime, putting them ahead by a score of 34-31. When the Seahawks had their opportunity to even things up, they were faced with a familiar situation: pass or run? This time, they opted to run, and Hawks running back Marshawn Lynch was stuffed at the line on 4th-and-1, ending the game.

Despite being harassed for most of the game, Russell Wilson had a decent outing, going 32-for-41 for 252 yards and a touchdown, with one interception. He also rushed for 31 yards. 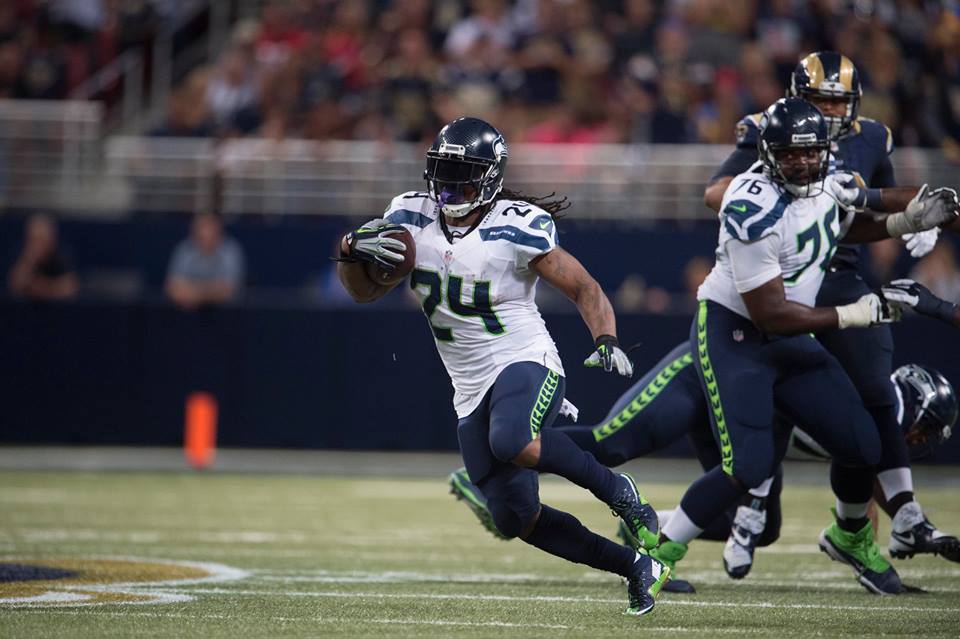 Beast Mode was held in check, rushing for just 73 yards, with no touchdowns. Another one of the Hawks’ new additions, running back Fred Jackson, saw limited action, catching one pass for 16 yards, and rushing for 13 yards on three attempts. 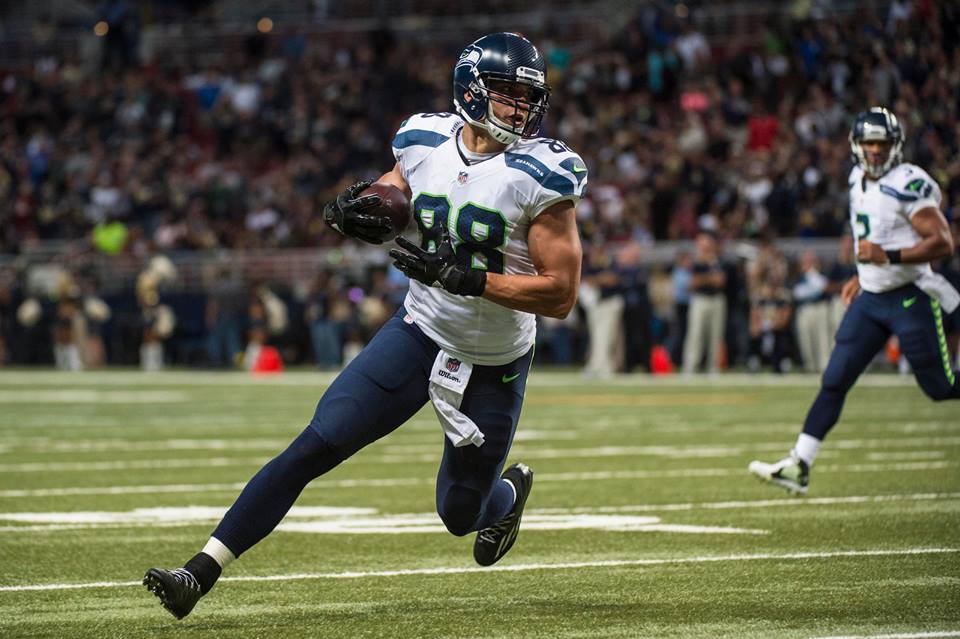 Jermaine Kearse led Seahawks receivers with 8 catches for 76 yards. The big acquisition of the offseason, tight end Jimmy Graham, caught 6 passes for 61 yards, and a touchdown in his Seahawks debut. Rookie wide receiver Tyler Lockett had an electric pro debut, returning a punt for a touchdown to open the scoring, as well as catching four passes for 34 yards.

The Seahawks’ defence wasn’t as airtight as usual, but did force three turnovers. The defence put pressure throughout the game on quarterback Nick Foles, sacking him twice, and forcing two fumbles. Seattle’s new addition on defence, cornerback Cary Williams, made a brilliant play, sacking and stripping Nick Foles, recovering the ball, and running it into the end zone for the go ahead score. The defence, however, had their hands full with backup running back Benny Cunningham, tight end Jared Cook, and wide receiver/return specialist Tavon Austin, who all had big games.

Next week, the Seahawks will be in Green Bay to take on Aaron Rodgers and the Packers in a Sunday night showdown, a rematch of the epic NFC Championship match from last year’s playoffs.