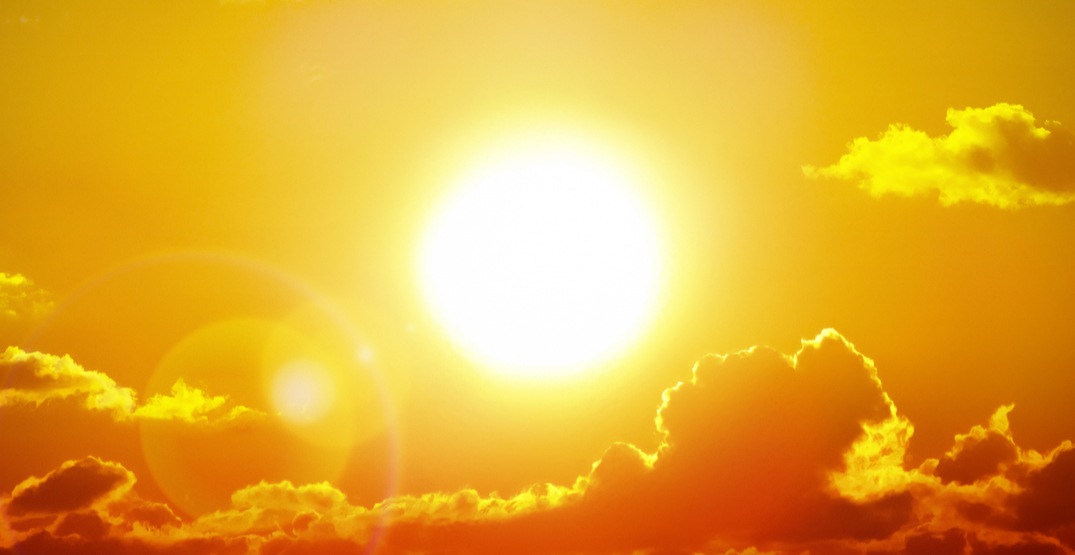 As we head into the first week of June, it’s officially time to start counting down to summer.

Which coincides perfectly with The Weather Network’s long-term summer forecast.

The annual summer outlook forecasts the weather for the months of June, July, and August, and temperatures are definitely expected to heat up.

The Weather Network’s summer forecast shows an “abundance of warm weather across most of Canada,” with near-normal or slightly above normal temperatures expected for much of the country.

“While many Canadians experienced an abrupt transition from record cold to record heat during May, this is not the start of a relentlessly hot summer,” said Chris Scott, Chief Meteorologist at The Weather Network.

“June will feature swings between mid-summer warmth and fresher spring weather before more consistent heat takes over for July and August. Heatwaves are likely, especially for Southern Ontario and Quebec, but periodic breaks in the heat will keep the summer from being an all-out scorcher.” 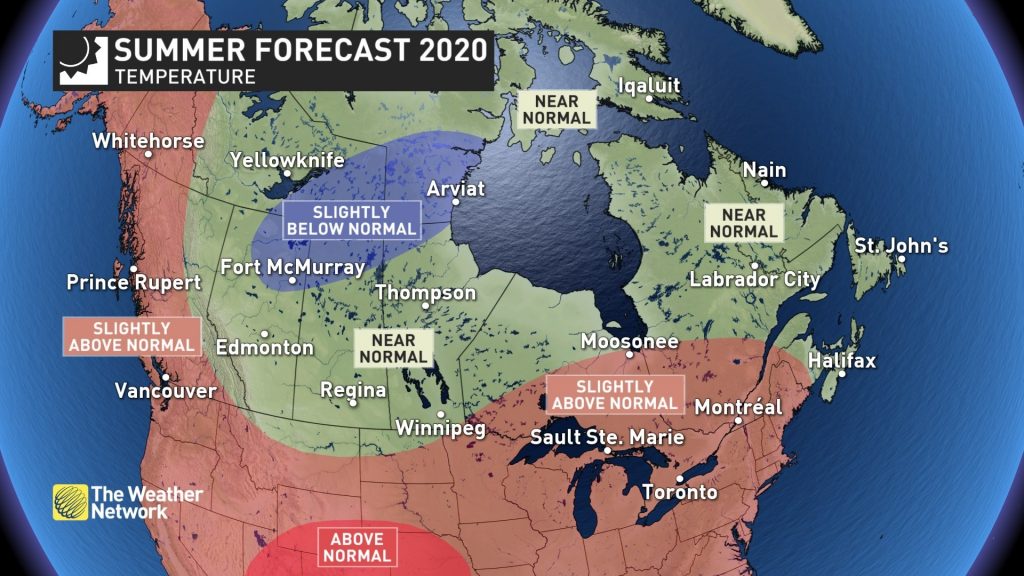 Here’s what summer will look like across Canada this year:

After a cool start to June, very warm to hot weather will dominate during the heart of summer, states the weather agency.

“However, the summer heat may come to an early end with the potential for cooler than normal temperatures to end the season,” it said. Also, near-normal rainfall is expected along with the typical risk for wildfires.

“A typical summer is expected across most of the region,” said The Weather Network. Although, it adds that periods of hot and dry weather are likely, with a stormy pattern at times and shots of cooler weather will keep temperatures and precipitation near normal for most areas.

“A cooler summer is expected across far northern areas, and western parts of the region could turn colder than normal during August.”

According to the long term forecast, the provinces are expecting a warm and humid summer, but June will still include periods of cooler, refreshing weather.

Looking ahead, The Weather Network says July and August will feature extended periods of hot and dry weather, but oppressive heat will not dominate the entire summer.

“Periods of cooler weather will break up the heat at times, and thunderstorms will help to deliver rain which could be locally excessive. A strong finish to summer is expected with warm weather continuing through much of September,” it forecasts.

The summer forecast states that a cool start to the season will give way to a warm summer with near normal to slightly above normal temperatures during July and August.

“Near normal rainfall is expected for much of the region, but we are concerned that some areas will turn rather dry during the summer,” The Weather Network said. “We are also closely watching the tropics as a very active hurricane season is expected.”

A cool start to the season will give way to a warm summer with near normal to slightly above normal temperatures during July and August, according to the forecast. Expect near normal rainfall is expected for much of the region, but we are concerned that some areas will turn rather dry during the summer.

“We are also closely watching the tropics as a very active hurricane season is expected,” reads the predictions. 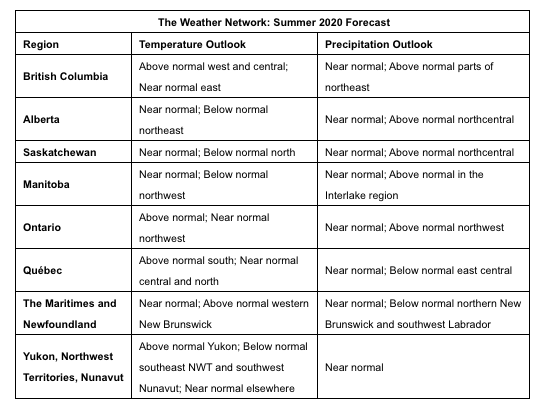 With that being said, have a happy and safe summer, Canada!