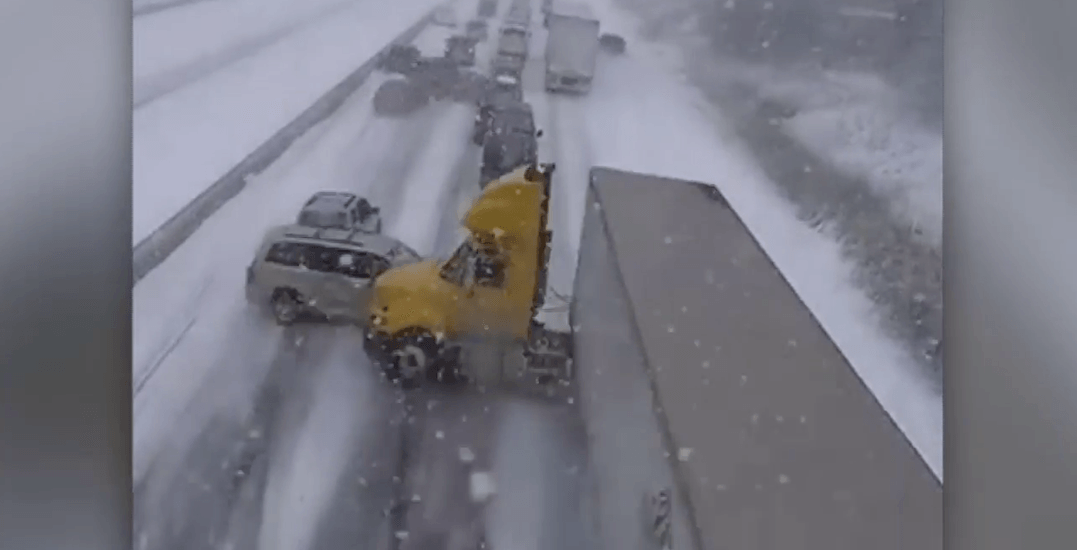 From unexpected snow storms to torrential rainfall that caused serious flooding, the weather in 2017 was as unpredictable as the Toronto Maple Leafs.

And as the year draws to a close, the Weather Network has put together a people vs weather compilation that further demonstrates just how wild the weather was in 2017.

The three-minute video montage features over 20 incidents, many of which are so wild they have to be seen to be believed.

From someone in Montreal driving with the top down in a blizzard to a tractor-trailer jack-knifing into a lineup of cars on a snowy 401 in Toronto, here are the most epic people vs weather moments of 2017.