The first day of fall is under a week away, and The Weather Network has released its outlook for Canada’s upcoming season.

According to The Weather Network, Canadians can expect a mild fall with near normal or above normal temperatures in most of the country.

“Autumn is a tumultuous season, famous for wild temperature swings and powerful fall storms,” said Chris Scott, Chief Meteorologist at The Weather Network, in a release.

“Of course, this fall will include both, but overall we expect a less active and less tumultuous pattern than normal. This means we’ll experience a more gentle slide rather than a freefall, as we make the inevitable transition from summer to winter.”

This fall, the warmest weather relative to normal is expected from the Maritimes to Southern Ontario and across the far western side of the country including BC, parts of Alberta and the Yukon. 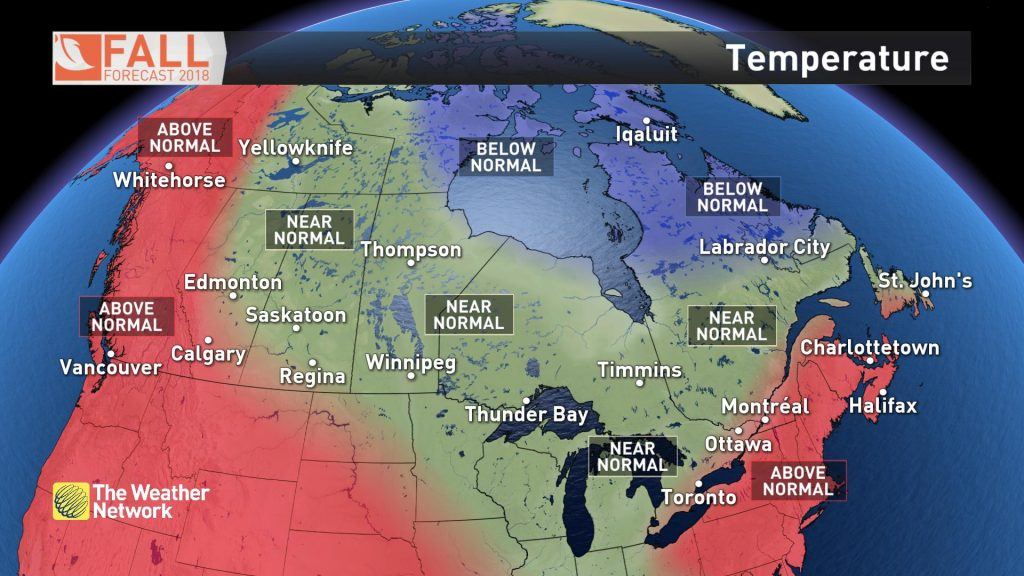 After a cool start to the season, The Weather Network is forecasting milder than normal temperatures for mid and late fall across British Columbia. There will be drier than normal conditions across southern BC, while above average precipitation is expected in the northern parts of the province. The combination of mild temperatures and below normal precipitation across southern BC could result in a slow start to the ski season, states the Weather Network.

Canada’s Prairies have experienced a “rather abrupt transition from mid-summer heat to chilly, October-like weather.” A more typical pattern is expected this fall for much of Alberta and southwestern Saskatchewan, and it’s expected to be mild – despite the recent snow.  The Weather Network also forecasts drier than normal conditions to persist across southern Alberta, with near to slightly below normal precipitation anticipated elsewhere.

For those in Ontario and Quebec, September has mostly felt like an extension of summer with heat waves and sunny days. But fall will be arriving. This year’s forecast calls for “typical fall weather” which will return over the next few weeks. With it, there will be a milder than normal pattern with fewer fall storms than normal. Peak fall colours will be delayed this year, but fall foliage should be excellent overall states The Weather Network, except for areas that were highly impacted by mid-summer drought conditions. 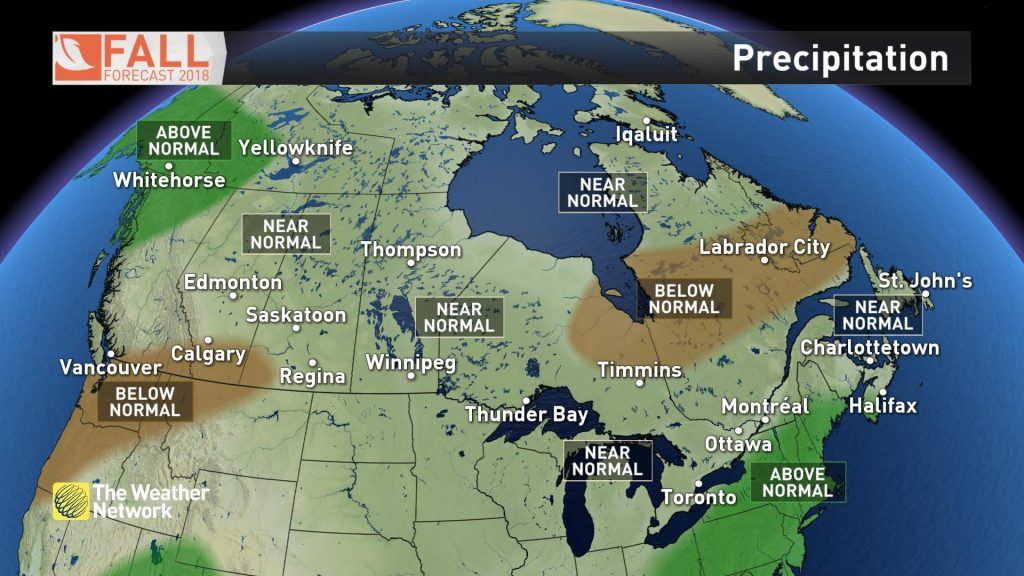 Above normal temperatures are forecast for the Maritimes this fall with extended periods of dry weather, reads the fall forecast. But, the region can still expect near normal precipitation with localized areas reaching above normal.

But, The Weather Network states that, despite the mild autumn and gradual transition into winter, mid and late fall can still bring snow storms, freezing rain, and other dangerous weather conditions to parts of Canada.