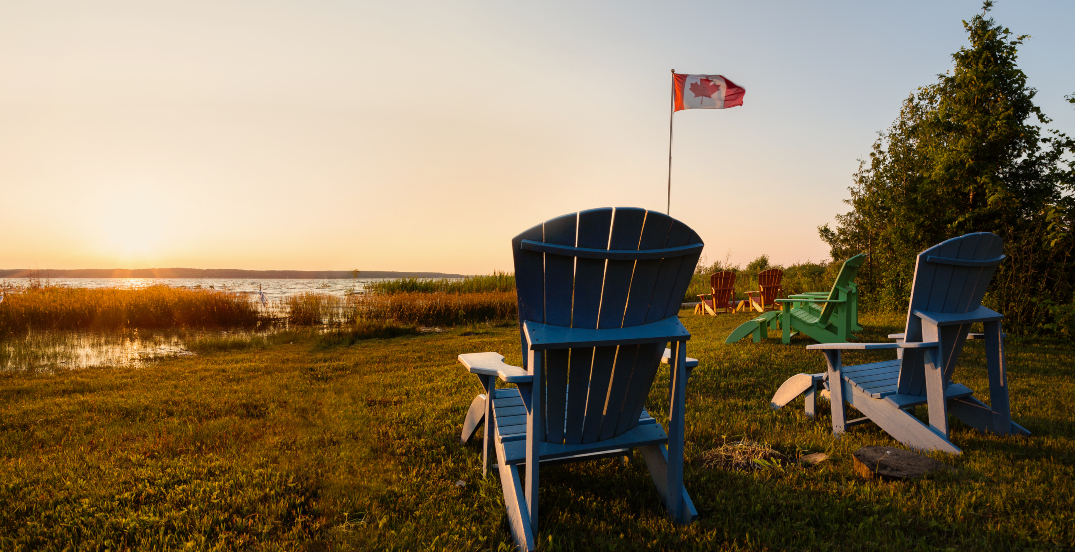 Happy June, everyone, we made it. The school year is coming to a close, the weather is getting toasty, the days are getting longer, and it’s the NHL playoffs. Sounds like summer in Canada.

As we flip the calendar to the first official month of summer, The Weather Network has released its summer forecast with an overview of what Canadians can expect for the months of June, July, and August.

“This summer will feature great weather for enjoying the beach and backyard barbecues, as most of Canada will see near normal or above normal temperatures, and more than the typical number of sunny days,” said Chris Scott, Chief Meteorologist at The Weather Network. “However, there is a downside for areas that are expected to see a hot and dry summer. Drought conditions are possible for agricultural regions across much of Western Canada, along with a heightened risk for wildfires and poor air quality.”

Scott said on the other side of the country, “a very active hurricane season” is also expected with an increased risk for impacts to Atlantic Canada.

Sunny days are coming! ☀️ Our #SummerForecast features great beach and backyard barbeque weather as most of Canada will see near-normal or above-normal temperatures this upcoming season. 👇

Here’s how the conditions are expected to break down across the country:

A hot and dry summer is expected across the interior of the province with a very warm and dry pattern expected near the coast. This will bring an increasing threat of wildfires and poor air quality as we progress through the season.

June is kicking off with “widespread drought conditions” already in place across Ontario and Quebec, according to the weather agency. The Weather Network said, “extended periods of dry weather” will continue to be an issue this summer, but a stormy pattern at times with a few moisture-laden systems will help to bring much of this region to near normal rainfall totals for the season.

Periods of hot weather are likely, but we will also see significant breaks from the heat.  A strong finish to summer is expected with warm weather continuing deep into September.

A hot summer is expected across much of the region, and worsening drought conditions are a major concern for agriculture across southern parts of the Prairies. Meanwhile, a stormy pattern is expected further to the north, across central and northern areas.  The heightened risk for wildfires to the west could bring poor air quality to the region at times.

A very warm, humid, and stormy summer is expected across Atlantic Canada, but periods of dry weather are also likely. The weather agency is anticipating a few “moisture-laden systems” that will bring a large percentage of the rainfall totals for the season.

The agency says it is also closely watching the tropics as a very active hurricane season is expected with a heightened risk for tropical systems to impact the region. 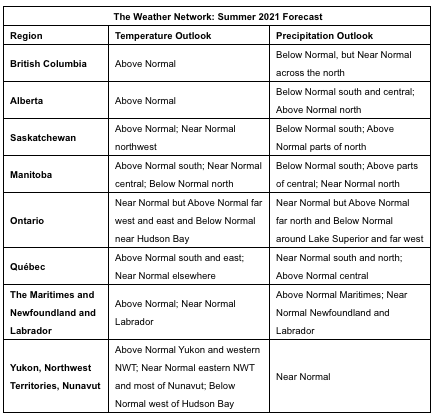 Here’s to have a happy and safe summer, Canada!