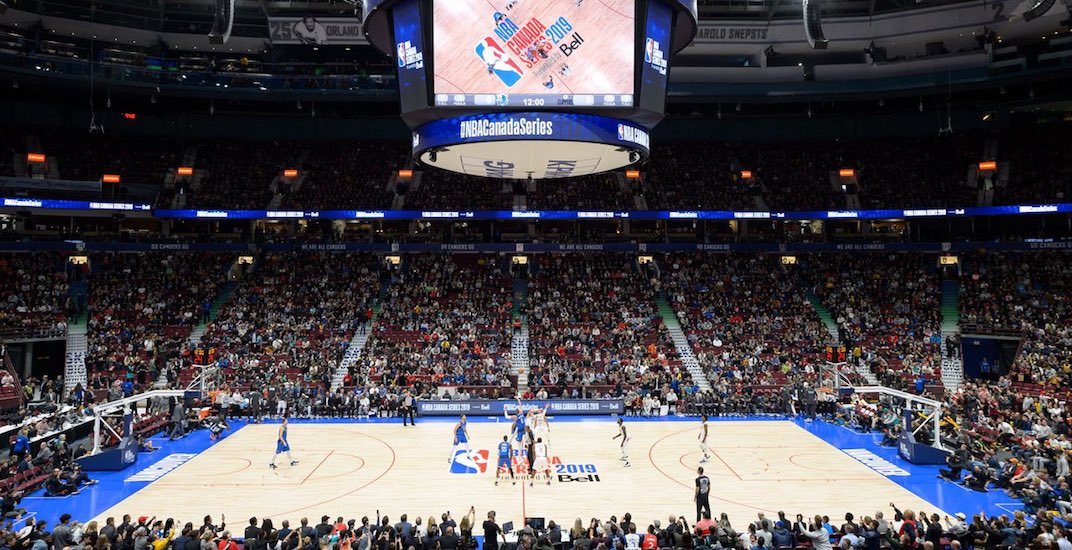 It’s been 18 years since the Grizzlies left town for Memphis, but NBA basketball is alive and well in Vancouver.

We’re just missing our own team.

The NBA Canada Series made its near-annual stop at Rogers Arena on Thursday, and despite extraordinarily expensive ticket prices, fans came out in droves once again.

Unlike recent NBA exhibition visits, the Toronto Raptors weren’t featured in one, but a sell-out crowd of 17,204 showed up to see the Dallas Mavericks beat Kawhi Leonard and the LA Clippers 102-87.

“Load management” turned out not to be an issue for Kawhi’s return to Canada, as the NBA Finals MVP played 22 minutes in the game, scoring 13 points, and even making an appearance in the second half.

Prior to the game, a “Vancouver wants the NBA back” rally took place outside the arena. That movement, led by Finding Big Country filmmaker Kat Jayme, appeared to spread inside Rogers Arena as well.

Late in the game, a “We want Grizzlies” chant filled the arena.

With reserves taking center stage in the fourth quarter, Vancouver fans started a "We want Grizzlies" chant. Tons of Mike Bibby jerseys in the crowd tonight. Would be great if there were as many NBA teams in the Pacific Northwest as MLS teams.

Announcers: Here in Vancouver for the NBA Canada Series

Announcers: Kabengele from Ontario about to check in, I'm sure he'll get a good ovation

*Kabengele checks in and has a monster block

A number of fans inside the stadium were able to capture the chants on video:

Skeptics will point out that unless one of the people chanting has a spare couple billion dollars, it won’t matter, but that’s missing the point.

In order to get a team back, the first step is providing tangible evidence that fans would support it. The rally and the chant are a small step, but a step nonetheless.

Basketball fans have put their money where their mouths are with regards to the NBA. Lower bowl ticket prices were as high as $403, with courtside seats going for even more.