Andrea Warner’s first book, We Oughta Know, is an oddity. It’s equal parts Canadian musical history and feminist critique, grounded in a personal stream of consciousness that will make you wish more ‘historical’ reads were written like this.

Warner’s sliver of a novel packs a lot of punch, now in its second printing despite a limited and mostly DIY publicity campaign. The full title says it all: We Oughta Know – How Four Women Ruled the ‘90s and Changed Canadian Music. And if you still have to guess which women, then you either didn’t have access to TV and radio growing up, or you weren’t born just yet. 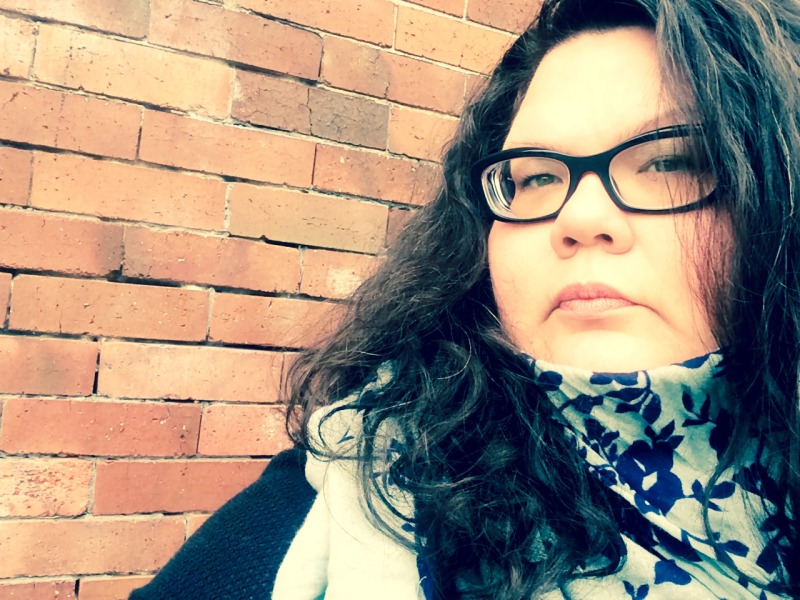 Warner, a CBC journalist, dissects our ingrained stereotypes of these chart-topping women. Shania? Midriff barring whore. Céline? Bland melodramatic diva. Warner’s analysis of media coverage at the time sees these artists pitched against each other, dismissed with pat-on-the-knee derision, and belittled in life and love even as their records continued sell on an unprecedented level.

Warner’s personal description of growing up to these powerhouses mirrors our own: “I used to think I was sixty-two per cent Jagged Little Pill-era Alanis and thirty-eight per cent Surfacing Sarah.” (It was 100% Fumbling Towards Ecstasy Sarah for me, but we’ll beg to differ.)

Vancity Buzz recently sat down with Andrea Warner to talk more about We Oughta Know.

Let’s talk about the book. First – what is it, exactly?

I used to hate it when bands say their music is “uncategorizable,” but now I’m confronted with my own hypocrisy. Music criticism meets feminist coming-of-age – I think that’s the best way I can define it. 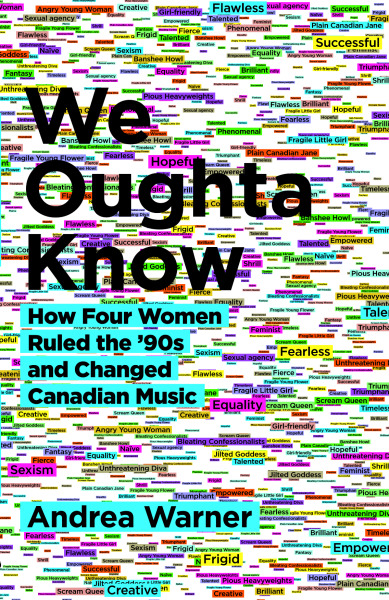 We Oughta Know has a really personal and engaging style. How did that happen?

As a journalist, you’re trained to take yourself out of the story. I’m not used to writing in first person, but the feedback I got from the publishers after the first draft was that they wanted more me and I totally freaked out. Once I sucked it up and stopped being a baby, I wrote 30-odd pages in 12 hours.

It’s engaging without being too academic or dry. I always want to be entertained by what I’m reading, even when I’m learning about history. I want to consume information in a dynamic, fresh way.

The book has a lot of negative things to say about how female artists used to be portrayed in the media. Has media coverage changed at all since then?

In the last three years, it seems to have changed dramatically. The internet can be an evil little beast, but it’s also a place where you can be held accountable quickly for sexist and unremarkable opinions.

We’ve started to diversify the media with more women contributors and writers of colour, instead of continuing to celebrate old white guys. I call them “hand jobbing old lions.” The long-lived pack mentality of how only white dudes can offer viable opinions is now over.

So where are we now?

The opposition has gotten louder to female archetypes in music. For example – ‘Miley Cyrus can’t be a feminist because of how she dresses,’ which is obviously total crap. It’s reminding people that women’s bodies don’t belong to the world; women’s bodies only belong to themselves.

As a female journalist, I still get treated differently by other music journalists: “Oh you must like pop music. Look at your lady parts.” It’s a broader world – you don’t have to disavow yourself from pop music, or not.

In a sea of endlessly polite Canadians, Andrea Warner’s bluntly quotable statements are here to stay. They seem to beckon to a new era where media criticism is truly about content, rather than coming from a place of privilege. As for the four hated/loved icons of Canadian music – is it possible to revisit those ’90s tracks with fresh ears? Well – just read the book. You’ll be unironically humming Dion in no time.

We Oughta Know – How Four Women Ruled the ‘90s and Changed Canadian Music is available through Eternal Cavalier Press, as well as in Kindle format on Amazon.