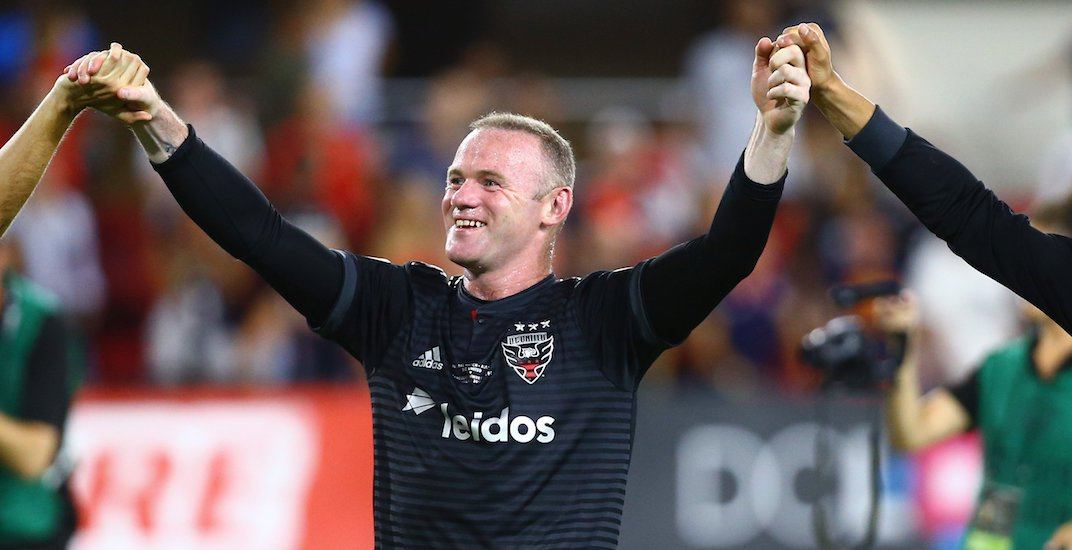 Expect a large crowd on hand for the Vancouver Whitecaps’ next match on Saturday.

One of the biggest names to ever play in MLS is scheduled to play in Vancouver, as Wayne Rooney and DC United come to town.

Rooney is the most capped field player (119) in England history, as well as the all-time leader in goals (53) for his country. He’s also the all-time goalscoring leader for Manchester United, having scored 253 times for the Red Devils.

His list of club accomplishments with Manchester United is seemingly endless, which includes five Premier League championships, as well as FA Cup and Champions League titles.

The 33-year-old will be leaving MLS after this season, as he has already accepted a move to become a player-coach at Derby County in January, so this will indeed be the first and only chance to see him in Vancouver.

Until then, Rooney says he’s focused squarely on the task at hand with DC United.

The former England captain was sick and missed Sunday’s game against LA Galaxy with what DC United called an “upper respiratory ailment.” The ailment isn’t believed to be serious and given it was just the third match Rooney has missed since making the move to MLS last year, so there’s every reason to believe he will indeed play in Vancouver.

It’s been a difficult season for the Whitecaps, though there have been some glimmers of hope of late. The team picked up a victory last week at FC Cincinnati, while 19-year-old Homegrown Player Theo Bair scored one of the nicest goals in Whitecaps history in Portland over the weekend.

Bair’s glorious volley is one of five candidates for MLS Goal of the Week.

Newcomer Tosaint Ricketts, who the Whitecaps signed on Friday, should also help. The Canadian international has 13 goals in 51 career MLS matches, playing behind some top talent with Toronto FC from 2016-2018.