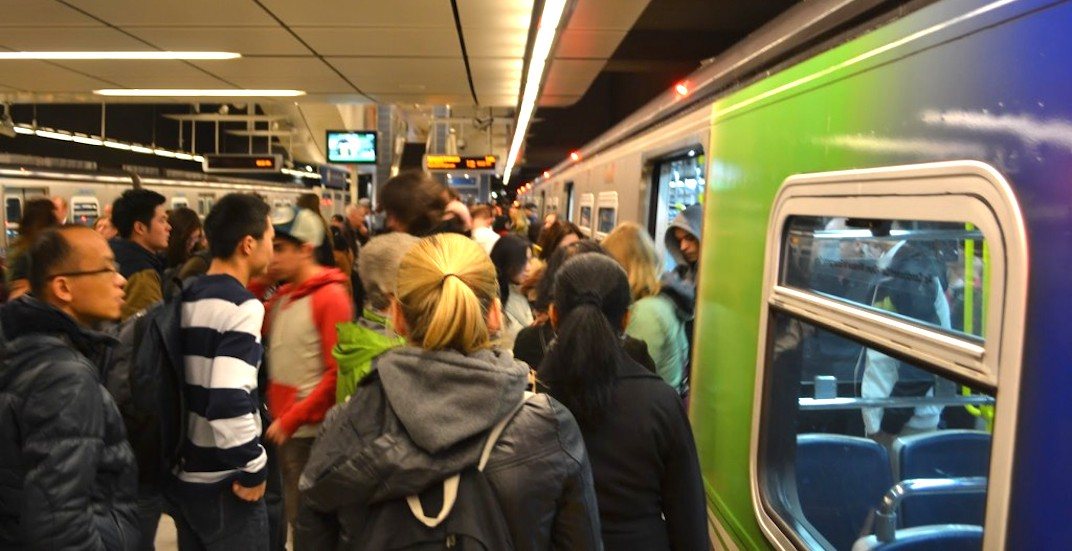 Service at Vancouver’s Waterfront station resumed Saturday evening after a closure earlier in the afternoon because a suspicious package was found on a train.

Sgt. Clint Hampton with the Metro Vancouver Transit Police told Daily Hive that officers determined the package was “not a threat.”

There was no service on the Expo Line, Canada Line, or SeaBus between approximately 4:30 pm and 7 pm Saturday.

#SkyTrain Police Incident at Waterfront Station has been resolved. SkyTrain service is now operating normally. Thank you for your patience while we tended to this issue. ^sp

TransLink advised customers there may be gaps in service as SeaBuses and trains get back on their normal schedules.

Initially, TransLink announced the Expo Line at Waterfront Station was closed. But shortly after, they announced other services at the station were affected as well.

The closure resulted in heavy delays for transit users.