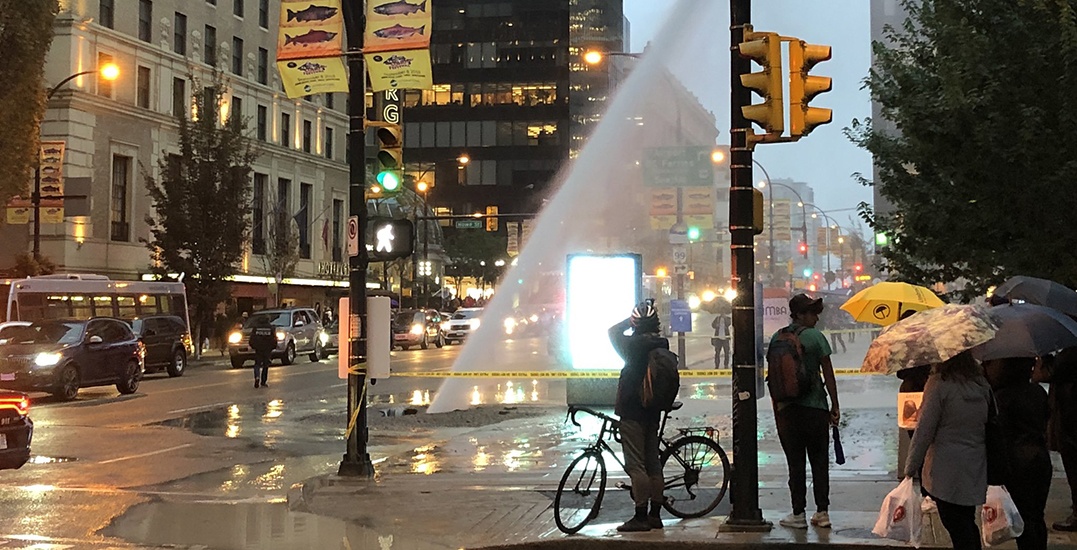 Commuters should plan ahead for the next few months as engineering crews will begin replacing a critical water main along West Georgia St. between Thurlow and Howe streets beginning on Monday, January 6.

The old water main has reached the end of its lifespan and needs to be replaced after a series of leaks, according to the City. The new water and sewer infrastructure beneath Georgia Street are expected to last another 100 years.

Crews will be working to install 375 meters of new water mains along Howe to Thurlow streets. Work is expected to be complete on April 17, 2020, ahead of the annual Sun Run.

The following traffic impacts will take place due to the construction:

Work hours will occur between 7:30 am to 5 pm, and will be extended as needed. Weekend work will also take place as needed.

The City notes that third party work will also begin on Pacific Centre on Howe Street in February and move to Georgia Street in May 2020, after the water main project has been completed.