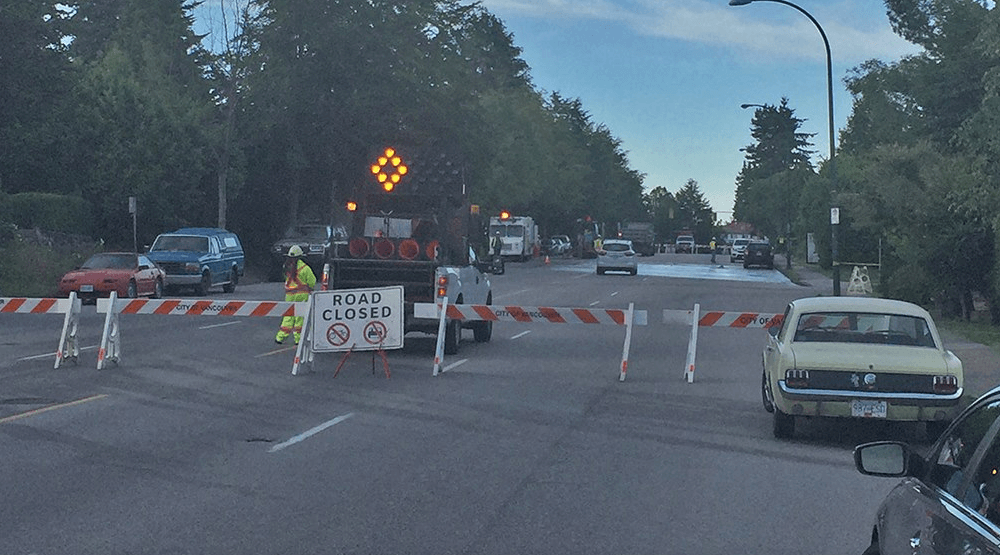 An overnight water main break in an East Vancouver neighbourhood has resulted in continued road closures today, as crews work to repair the damage.

City workers are on site at 27th and Nanaimo, and the street is closed in both directions between 27nd and 29th Avenue with some access maintained for local traffic.

In a release, the city said repair work is expected to continue throughout the day and crews are working towards having one lane open to traffic in each direction later today.

For those residents left without water as a result of this incident, crews are working to establish a temporary water supply to residents of the block south of 27th and Nanaimo.

For transit commuters, the #25 northbound bus is being diverted east on Kingsway, north on Slocan and west on 22nd, and returns to regular service north on Nanaimo

The southbound bus is being diverted east on 22nd, south on Slocan, west on Kingsway and returns to regular service south on Nanaimo.