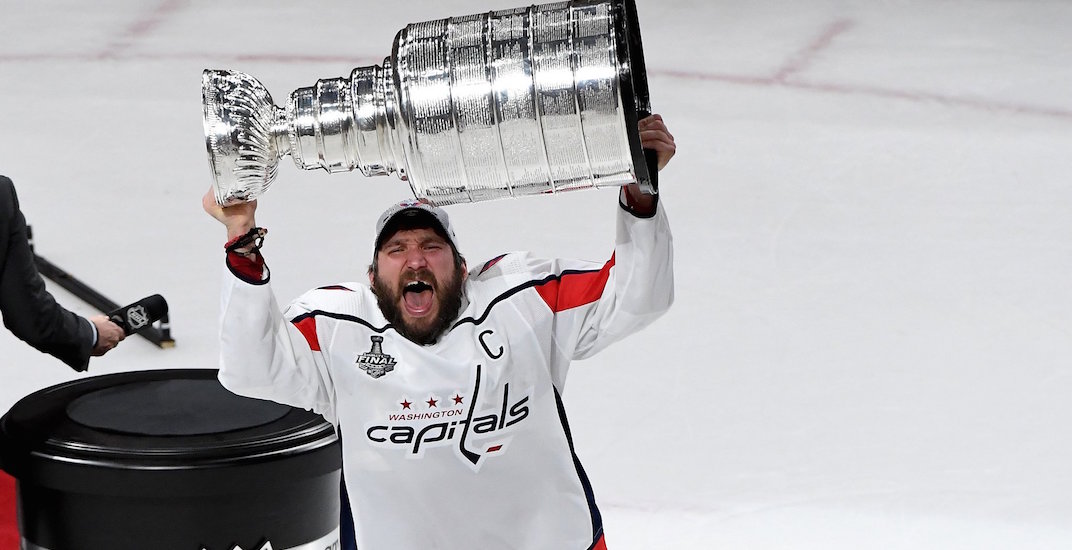 One city had been waiting 44 years for this. The other, probably doesn’t know how lucky they were to be in this situation.

At long last, the Washington Capitals are Stanley Cup champions, defeating the Vegas Golden Knights 4-3 in Game 5 on Thursday.

An exciting game from start to finish, both teams traded goals in the second period before Reilly Smith gave Vegas a 3-2 lead heading into the third.

It was looking like the Golden Knights would extend the series until midway through the third period, when Devante Smith-Pelly scored a beautiful goal on a quick skate-to-stick play. Less than three minutes later, Lars Eller found a loose puck in the crease to score the Cup-winning goal.

Lars Eller with the go-ahead for the @Capitals!

No player will enjoy this Cup more than Alex Ovechkin, who was named the Conn Smythe Trophy winner, and cements his legacy as one of the greatest players of all-time. Ovechkin scored his 15th goal of the postseason during the second period on one of his patented one-timers on the power play.

This has to feel sweet for the Capitals, who have been perennial playoff failures for years. After winning the Presidents’ Trophy in 2016 and 2017 only to be knocked off by the Penguins in the playoffs, not much was expected from Washington this postseason.

Washington overcame a 2-0 series deficit to the Columbus Blue Jackets in the first round. They finally beat the Penguins in Round 2. They came back from down 3-2 in the Conference Final to Tampa Bay, winning the series in seven games.

They were underdogs heading into the Final and dropped the first game, but they battled back and took control.

Nicklas Backstrom and Evgeny Kuznetsov battled through injuries, and Braden Holtby was spectacular after being benched for the first two games of the playoffs.

It’s hard not to feel good for them.