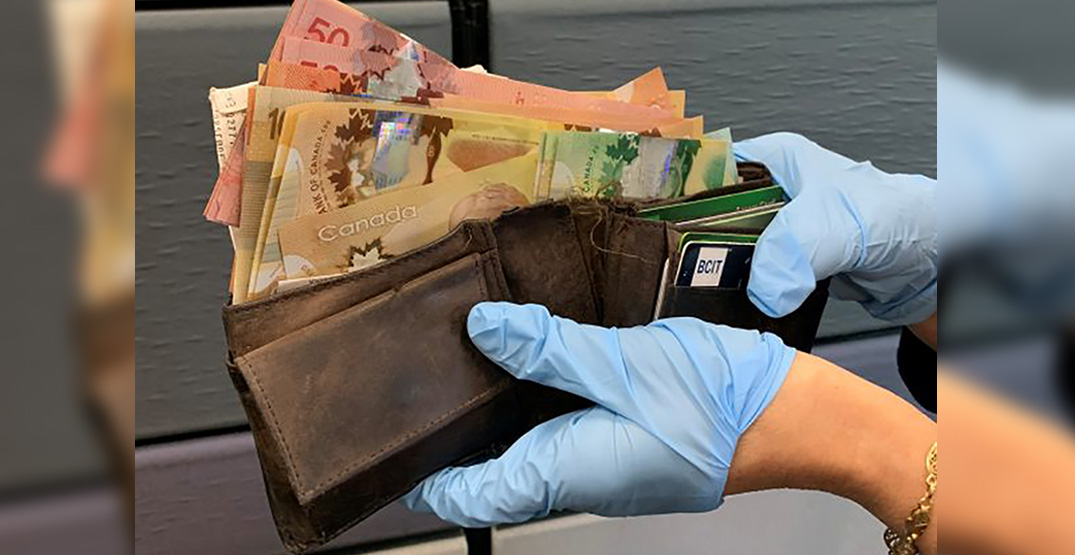 One person in New Westminster can count how lucky they are after a Good Samaritan returned a wallet teeming with cards and over $2,000 in cash to police.

According to a release, a citizen walking near 8th Street and Carnarvon Street came across a wallet with $2,290.00 cash inside. This actual saint brought it to the New Westminster Police Department, with the cash still inside, hoping the owner could be located.

“It was a true George Costanza wallet,” said Constable Keall in a release. “It had so much cash and cards inside it didn’t fold shut.”

The owner of the bursting billfold was located and was able to pick it up from the NWPD. Apparently he was on his way to the bank he lost it.

A huge thank you to the honest #NewWest resident who found and handed in this wallet with over $1,000 cash inside. A very relieved owner is on his way to claim his wallet. 👏🏽 pic.twitter.com/PCAscSkfQA

“Unfortunately in policing we often deal with the negative aspects of human behaviour,” Deputy Chief Constable Paul Hyland said in the release. “It is always great to get a file like this that reminds us how amazing people can be, especially during a time when so many are negatively affected by the COVID pandemic.”