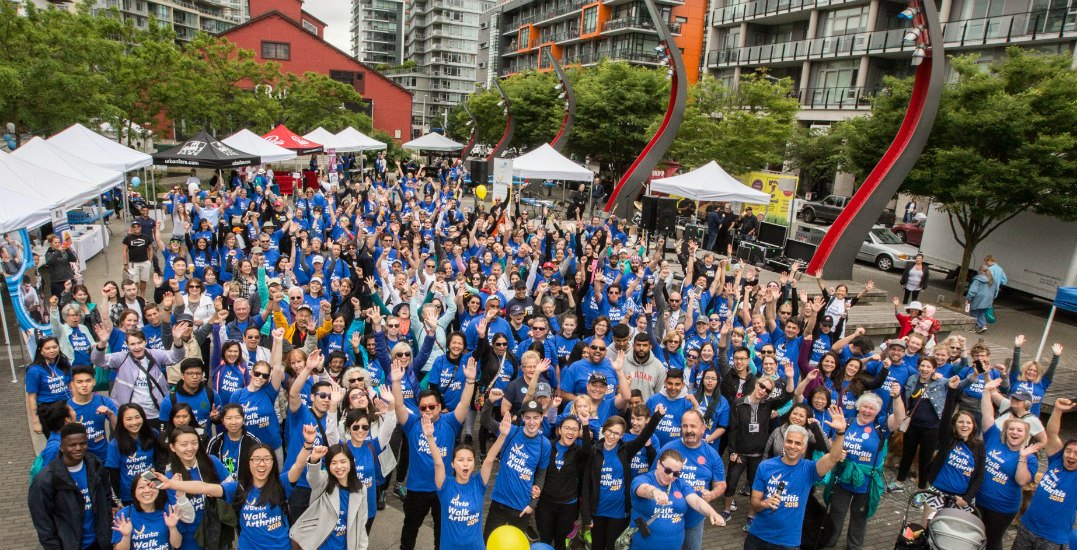 It’s finally spring, cherry blossoms are out in full bloom, and you’re looking for ways to spend time outside.

This season, you can do exactly that and help a wonderful cause at the same time by taking part in the Walk for Arthritis on Saturday, June 1. The event takes place here in Vancouver at Village Plaza, as well as Victoria, Kelowna, Kamloops, and Parksville.

So why should you choose this charity event over all the others? (Spoiler: Ideally, you should do them all.) But realistically, this one probably hits closer to home than you suspected. One in five Canadians is affected by the disease, and 24,000 children in Canada are, too. But the sad reality is that there is no cure for the nation’s largest chronic health condition, and it often flies under the radar.

At 15 years old, Kadi Nicholson was diagnosed with juvenile idiopathic arthritis. At the time, she was a high-level gymnast with her heart set on a spot on the national team. 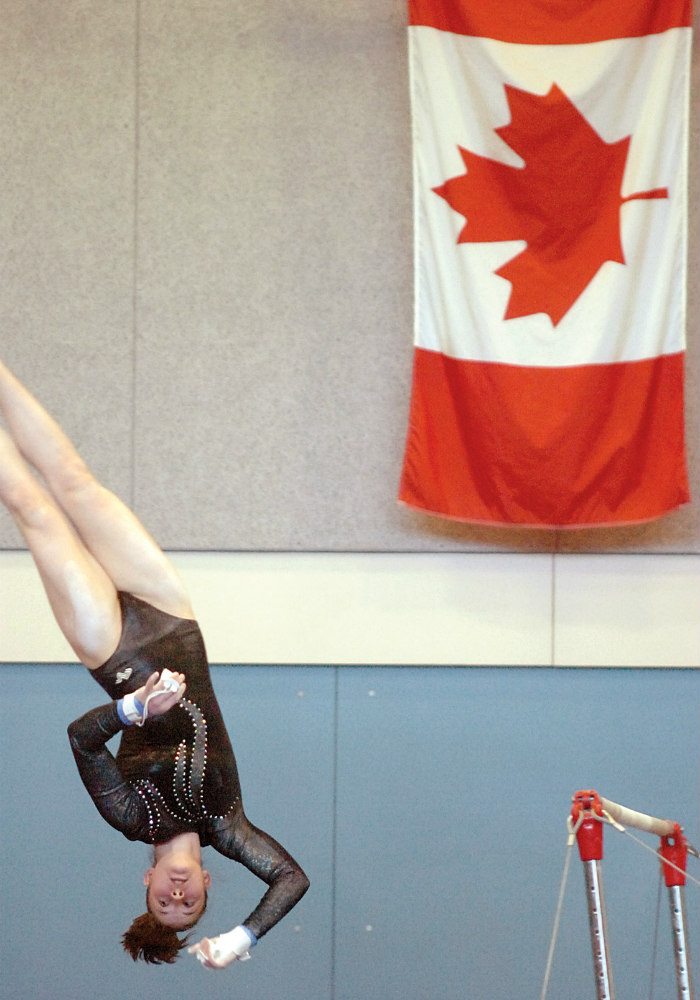 Nicholson remembers having strep throat, developing a rash, and flu-like symptoms. Then, after approximately two weeks of starting to feel better, her joints started hurting.

One morning, she woke up and couldn’t open the door to her room. At this point, she knew that it was something more than an athlete’s injury and that she had to address it.

“I wanted to keep pursuing my dreams, and I felt it was very hard to stay active because I had a lot of pain, I would wake up and be very stiff.”

Nicholson describes receiving the news of her diagnosis as “devastating.” But she’s thankful that she had a good team at BC Children’s Hospital, and by doing physiotherapy and receiving support from the Arthritis Society, she could work towards a plan to get better. 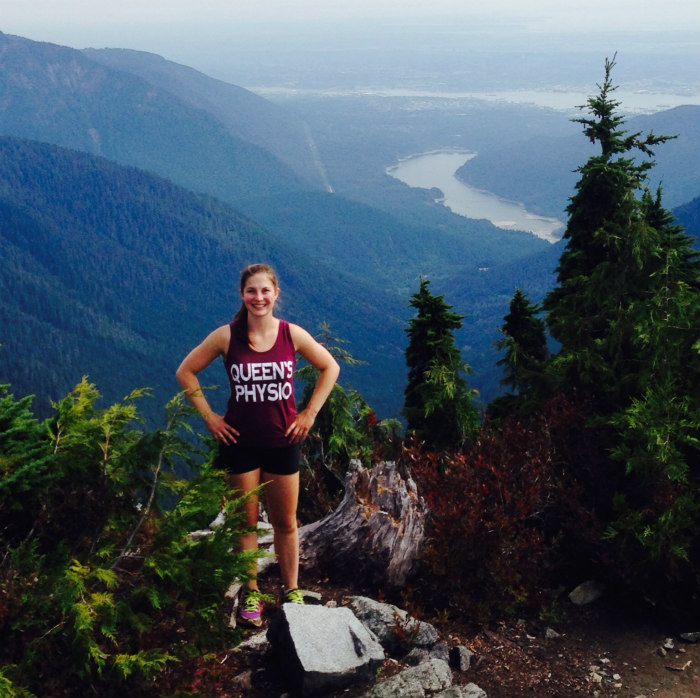 Having arthritis meant Nicholson had to forgo pursuing a sports scholarship in the United States. However, she was able to do gymnastics until she finished high school. After graduation, she went on to pursue a kinesiology degree and a physiotherapy degree.

Now aged 30, Kadi Nicholson is a qualified physiotherapist and she’s using her life-changing diagnosis to help others. Her workday at Cloverdale clinic is filled with treating patients who are showing symptoms like hers. And although her arthritis is difficult some days, Nicholson feels better when she’s moving around at work.

The main thing she feels that people get wrong about arthritis is the assumption that only older people get the disease. “I see children as young as two years old that have arthritis, so I think that is a major misconception. Anyone can get arthritis and it’s not just an old person’s disease.” 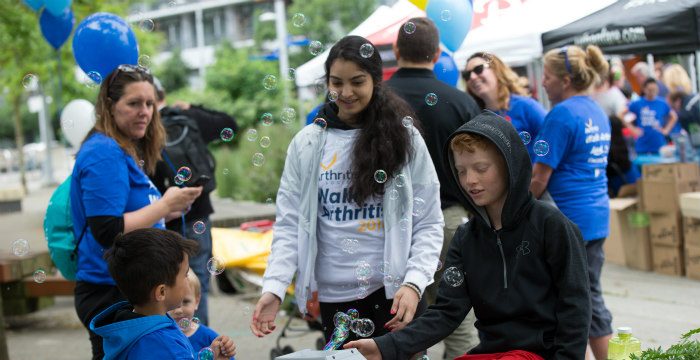 The physiotherapist is passionate about working together to find a cure for arthritis, and she can tell you why she’s fighting against the disease at this year’s Walk for Arthritis.

Since its inception, the Walk for Arthritis has raised more than $11 million to help fund world-class research into the disease. It has also provided one million Canadians with access to information and support programs in their local communities.

Nicholson feels that arthritis is often an invisible disease, and you can’t tell that people are in pain, but this Walk unites everybody that’s fighting against it so that people can share stories and learn from others. “It empowers everyone to keep moving and keep fighting,” she says. 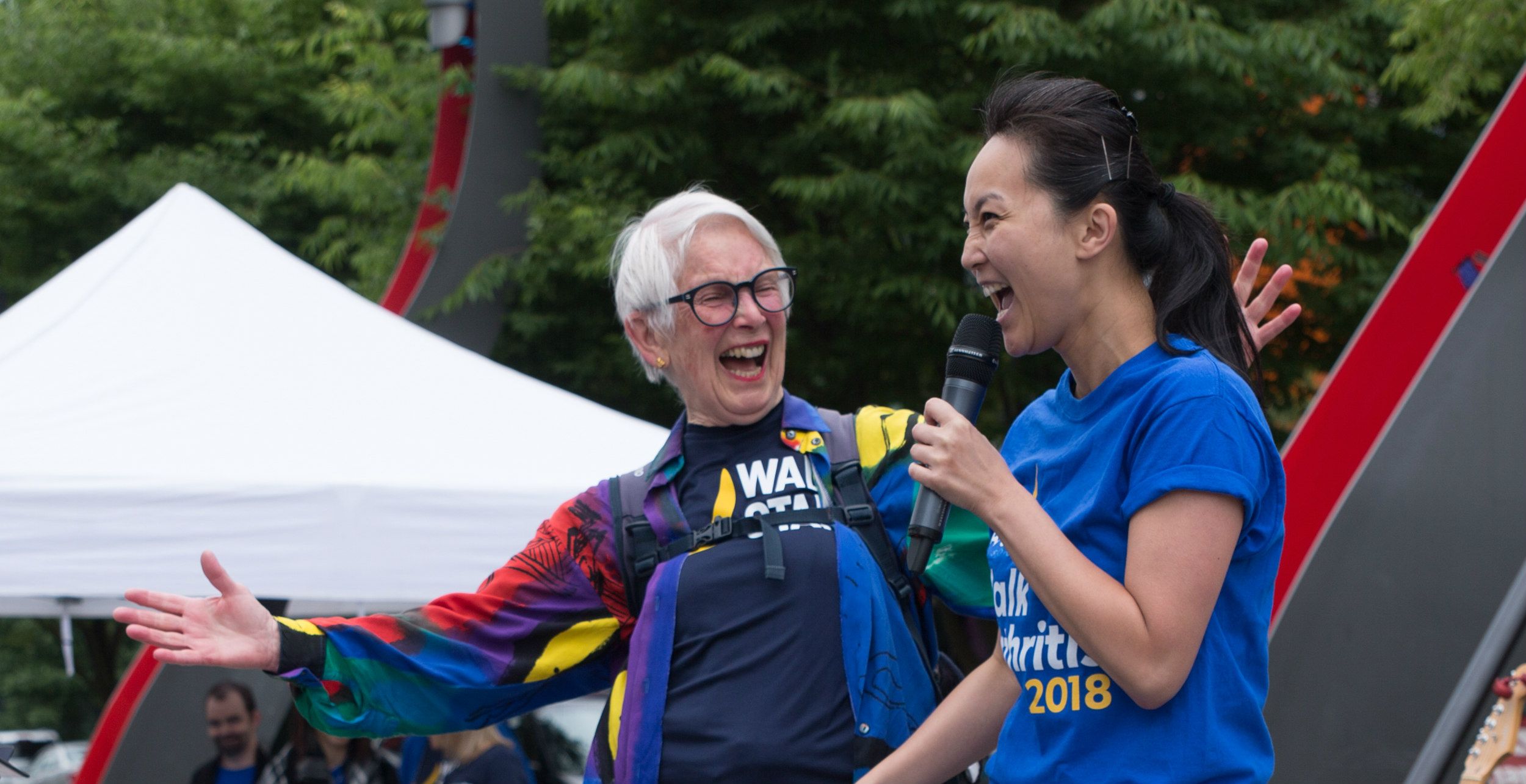 By 2040, the Arthritis Society estimates that nine million Canadians (one in four) will have arthritis.

And this spring, you can part in the Walk and feel good that you’ll be helping others when you do. If you raise $100, you’ll be gifted a 10th-anniversary limited edition T-shirt. If you raise $500, you can become a ‘Walk Star’, which includes instant fame and other special prizes!

When: Saturday, June 1
Time: 10 am
Where: Village Plaza — 1 Athletes Way, Vancouver (as well as locations in Victoria, Kelowna, Kamloops, and Parksville)
To register or donate: Visit walkforarthritis.ca