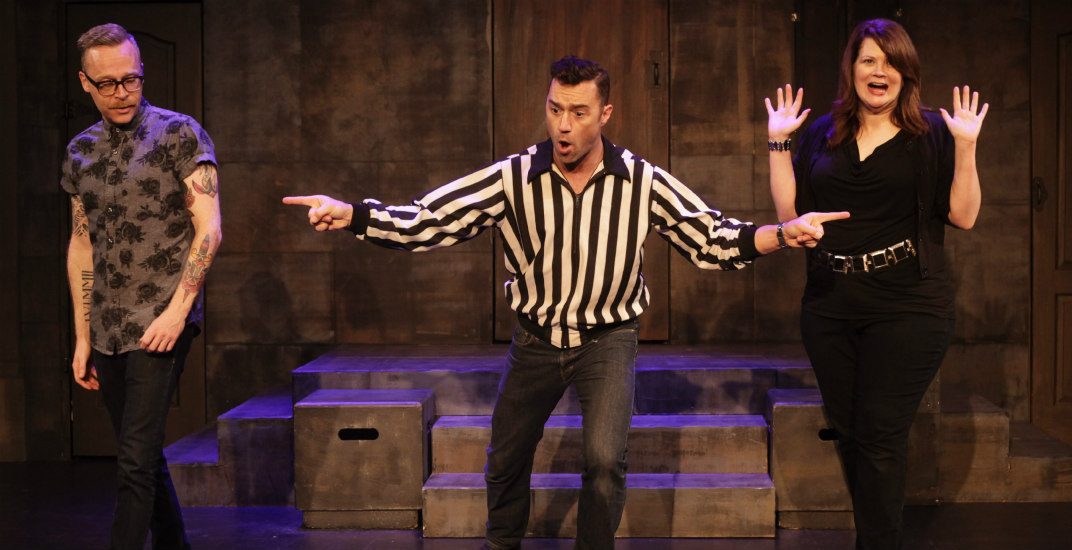 Think the fun is done now that holidays are over?

Think again. Laughter gets competitive this month as local and international teams battle it out for bragging rights at the Throwdown International TheatreSports™ Festival taking place at The Improv Centre on Granville Island.

Vancouver TheatreSports™ (VTSL) brings you four fantastically funny teams, made up of their best improvisers: Spite Lanes, The BC Buds, Spawn of Salmon, and Yoga Pants. These teams are set to compete against each other from January 2 to 13, to determine just who the BEST improviser in Vancouver really is.

The grapple for giggles continues from January 16 to 21 with the top improvisers from the United States, featuring; Curious Comedy from Portland, Improv Boston from Cambridge, Massachusetts, The Future from Philadelphia, Upfront Theatre from Bellingham, and the returning champions, Sak Comedy Club from Orlando.

Whose wits will win the ultimate bragging rights? You’ll have to find out in the final battle on January 21 when the local teams take on the international teams in a winner-takes-all laugh fest.

Since tickets are starting at just $10.75 via VTSL, you have no excuse not to perk up your psyche and get your laugh on at Throwdown.

To enter for your chance to win two pairs of tickets to the shows listed above, do the following;

Contest entries will be accepted from the time and date of publishing until 11:59 pm on January 8, 2018. One winner will be chosen at random and contacted through the platform they used to enter.

Where: The Improv Centre – 1502 Duranleau Street