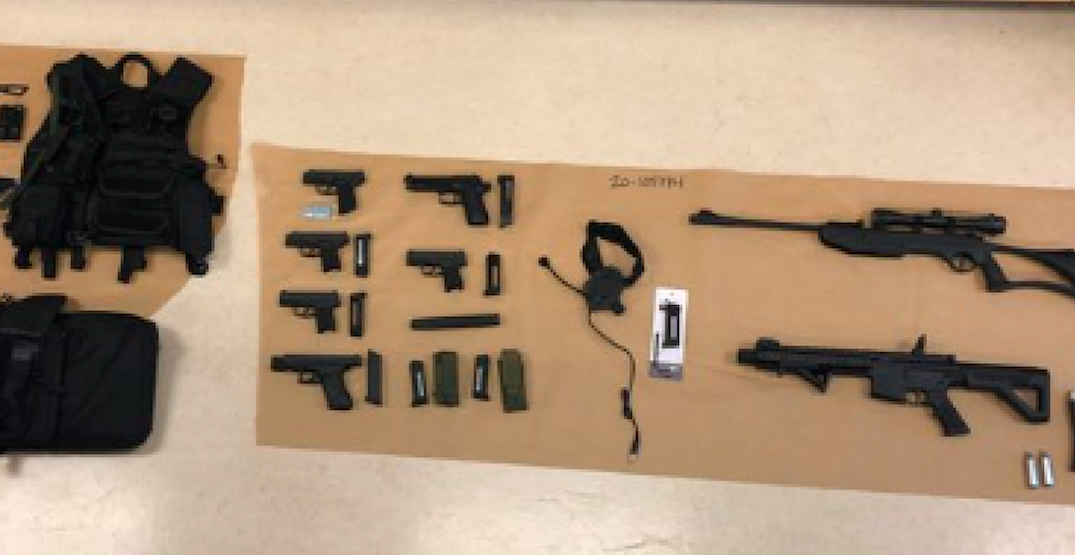 Some of what was seized (VPD)

Calling it a “substantial seizure” due to the sheer quantity and “quality” of what they found, Vancouver police announced on Monday that they seized multiple replica guns, tactical vests, and weapons from the Downtown Eastside.

According to VPD Sgt. Aaron Roed, officers came across two men dressed in military gear with tactical vests in the area of Main and East Hastings streets.

Roed said the subsequent investigation led officers to the confiscation of the equipment in a single-room occupancy hotel located nearby.

“Many replicas look like real guns and are used often in the city to commit crime. The suspects are known to police and have extensive criminal histories.”

At this point police said that while the investigation is ongoing, no arrests have been made in connection with the incident.