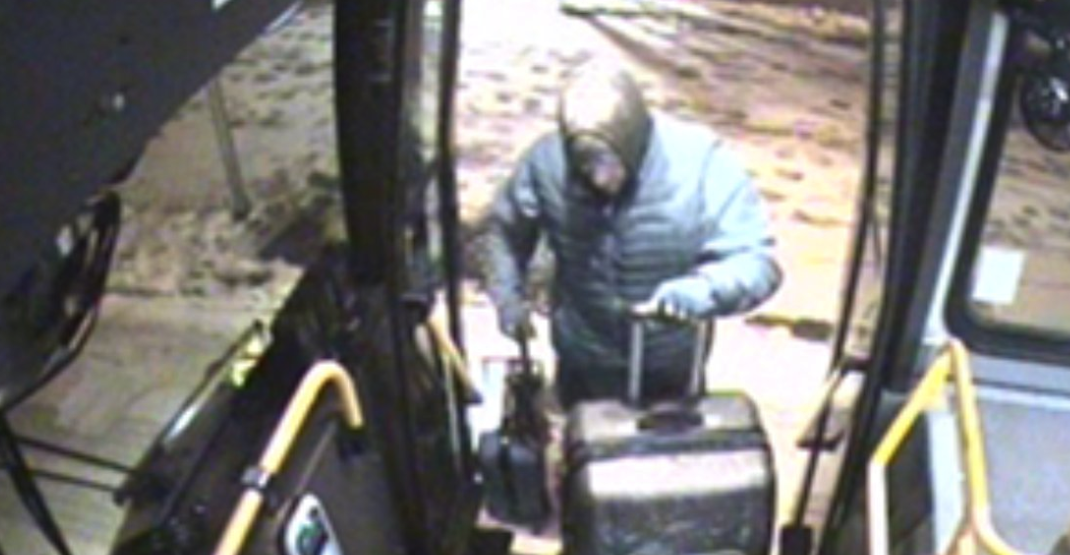 The Vancouver Police Department has released a photo of a man suspected of stealing Indigenous regalia and drums earlier this month.

#VPDNews: Vancouver Police today released a photo of a man suspected of stealing Indigenous regalia and drums in Vancouver earlier this month, and are appealing to the thief or anyone who knows the whereabouts of the stolen items to return them. https://t.co/A2opOoc3uZ pic.twitter.com/J97YOxXAFE

According to the VPD, the theft took place on January 15, when a van belonging to the Babine Nation was parked in a lot near West Pender and Richards street. An individual broke into the van overnight and stole nine pieces of Indigenous regalia, five drums, and traditional boots.

The suspect left on a bus travelling east on West Hastings Street.

“The true value of this ceremonial clothing and drums is not monetary – it’s priceless in terms of the cultural significance to the people of the Lake Babine Nation,” said Sgt. Aaron Roed in a release.

“Our investigators have been working diligently on this case but have been unable to locate the items. We believe that someone knows where these items are. We just want them returned.

“Since the theft, two items have been turned in to the Carnegie Centre,” he added. “The remaining items can be dropped off in any public place like a community centre or our community policing centres so they can be returned to the Lake Babine Nation.”