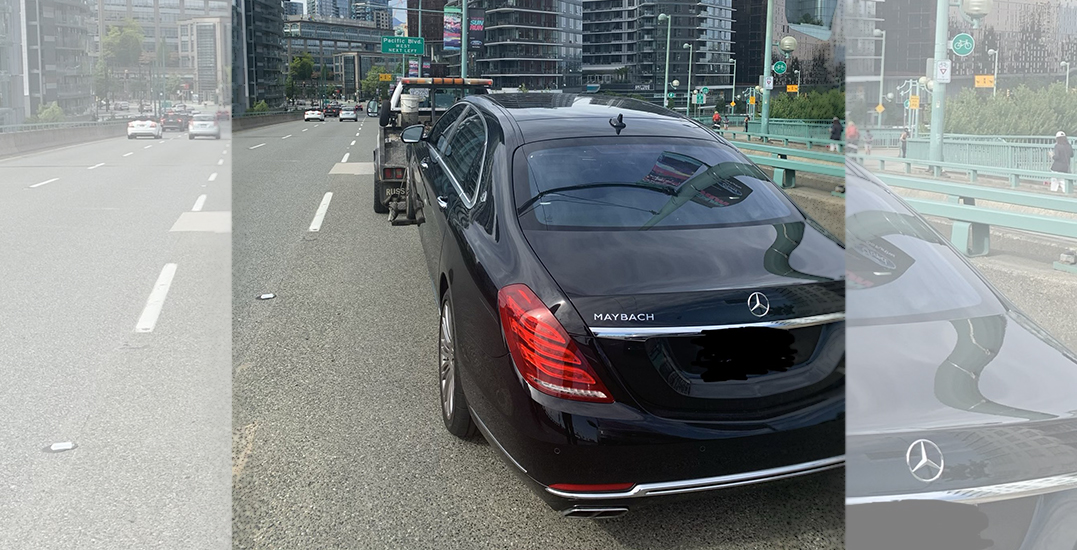 A Mercedes-Benz that was impounded on Friday afternoon. (Mark Christensen/Twitter)

The Vancouver Police Department (VPD) issued a hefty ticket on Friday afternoon after a driver was caught speeding over the Cambie Bridge.

Mark Christensen, traffic sergeant with the VPD, wrote about the incident on social media. He explained that the driver was going 100 km/h over the bridge and said the occurrence was “unfortunately, not that uncommon.”

The Cambie Bridge has a speed limit of 50 km/h. Christensen’s post was accompanied by a photo of the Mercedes-Benz Maybach being put on a tow truck. 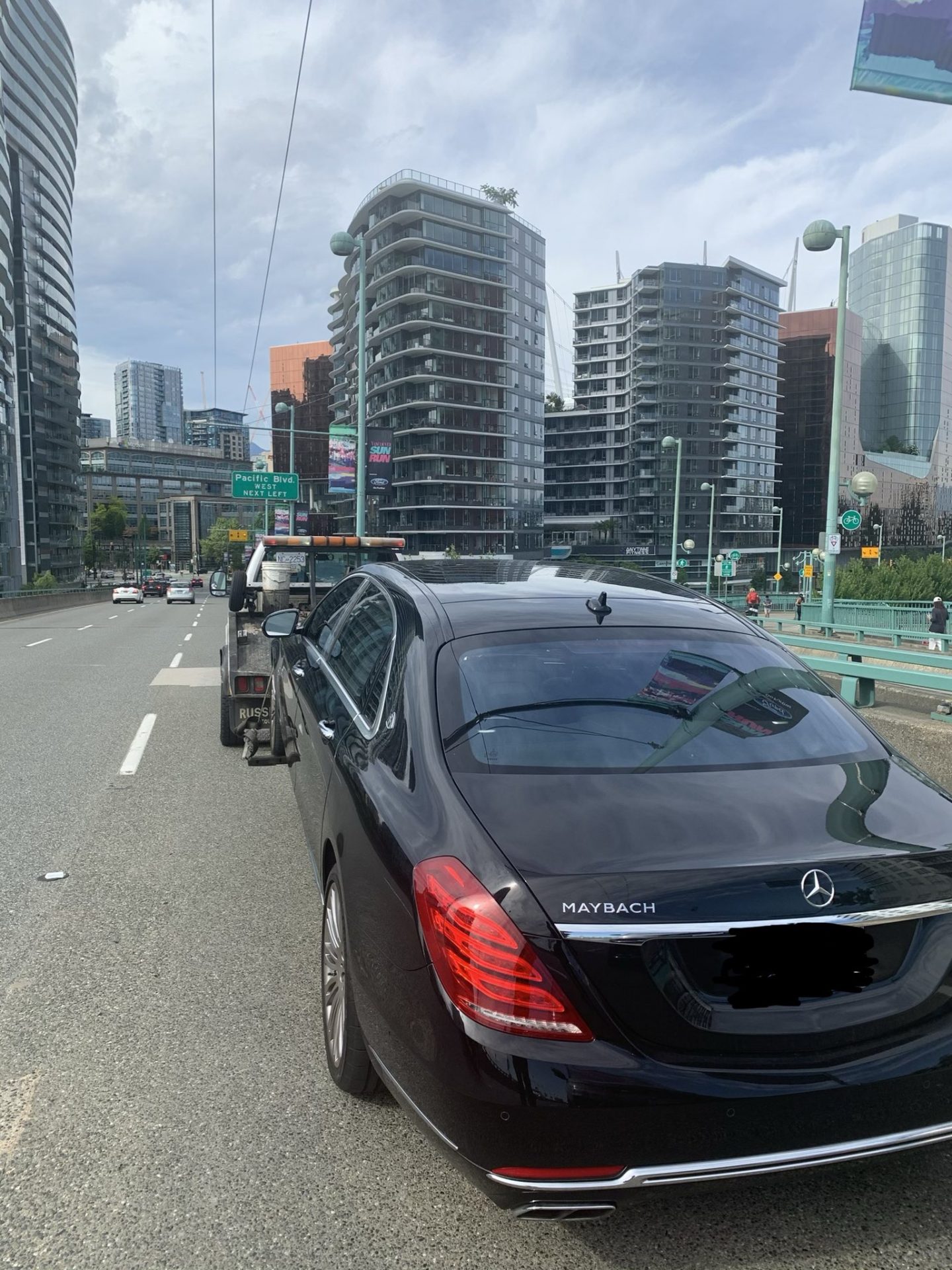 A Mercedes-Benz that was impounded on Friday afternoon. (Mark Christensen/Twitter)

He added that what was uncommon was that the driver was a learner and that while they had a supervisor inside the vehicle, they failed to display their “L” on the back of their vehicle.

The driver had their vehicle impounded for excessive speeding and was given a fine for $368 plus a $109 ticket for driving without an “L.”

Police also reminded the public that drivers of all ages can carry an “L” or “N” licence — not just teenagers and young adults.

Constable Holly Christie added that “anyone can be going through the process to get a Class 5 driver’s licence” and that “there’s all ages out there.”

a reminder to folks; that just because someone has a class 7 license, or they’re an “N” driver, does NOT mean the driver is a teen or even driving their parents car.

Anyone can be going through the process to get a class 5 DL; there’s ALL ages out there. ✔️#RoadReminder 👮‍♀️