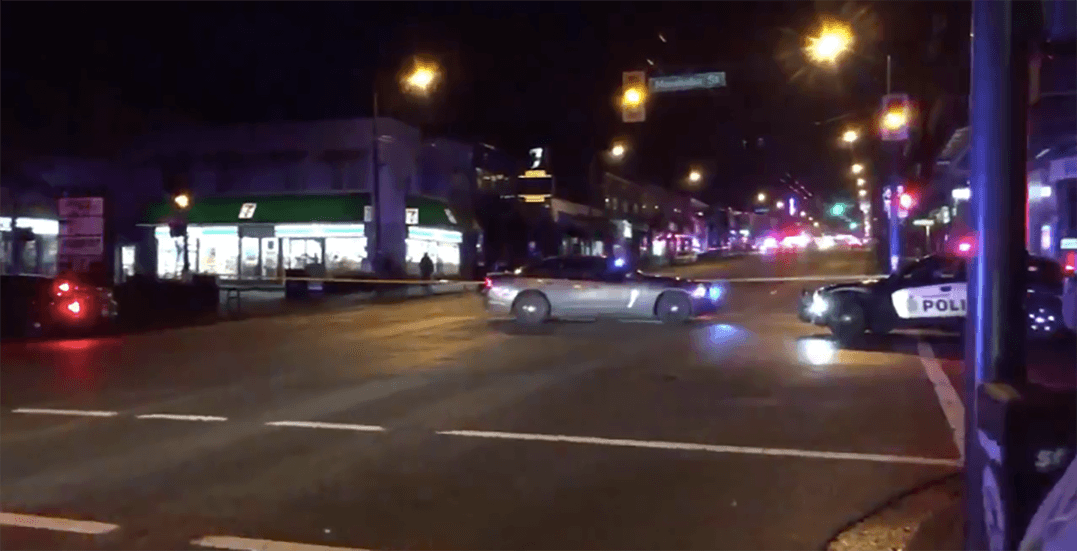 The Vancouver Police Department have announced that they’ll be providing an update on a double homicide that took place nearly a year ago.

The shooting took place on Saturday, January 13, 2018, on one of Vancouver’s busiest streets.

Police were called to the scene just after 9:15 pm, after receiving reports that several shots were fired around East Broadway and Ontario Street.

Vancouver police cordoned off an area on Broadway Street between Manitoba and Quebec Street. One officer told me it was a crime scene of an apparent shooting. pic.twitter.com/7vbEWWJjfM

Officers found three injured people who were treated immediately, including two who were sent to the hospital with serious injuries.

Both succumbed to their injuries shortly after.

More than 50 officers were assigned to probe the case.

On Friday, police will be updating the investigation and sharing additional evidence, including a vehicle involved in the incident.

The announcement will be made at 11 am.