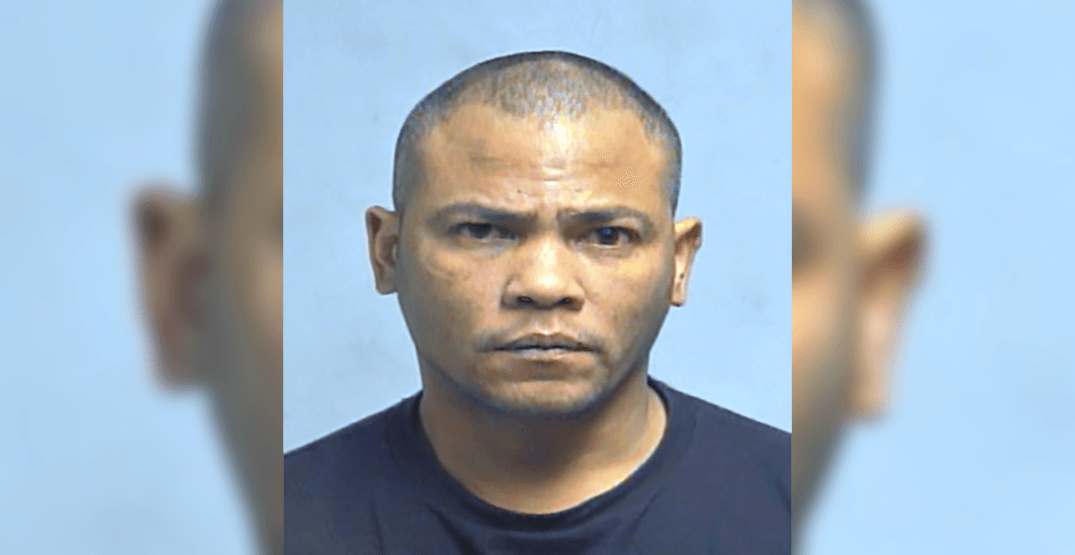 Vancouver Police are appealing to the public for help in finding Romano Martodihardjo, who is currently wanted Canada-wide for firearms offences and possession of stolen property.

Martodihardjo, 45, is believed to be associated with the Lower Mainland gang conflict, and has been wanted since April of 2018.

According to police, the charges stem from Taskforce Tourniquet, a joint-forces operation led by the Vancouver Police that targeted four major violent crime groups in the Lower Mainland.

Police describe Martodihardjo as dark-skinned, with short brown hair and brown eyes. He is 5’5″ tall and weighs 170 pounds. He’s originally from Alberta, but authorities note that “he may have ties to Saskatoon, Saskatchewan.”

Anyone who sees Romano Martodihardjo, or knows his whereabouts is asked not to approach him, but instead call 911. Tips can be shared by calling Vancouver police at (604)-717-2596.

Those who wish to anonymously leave a tip can do so by contacting Crime Stoppers at 1-800-222-8477, or by leaving a tip online.