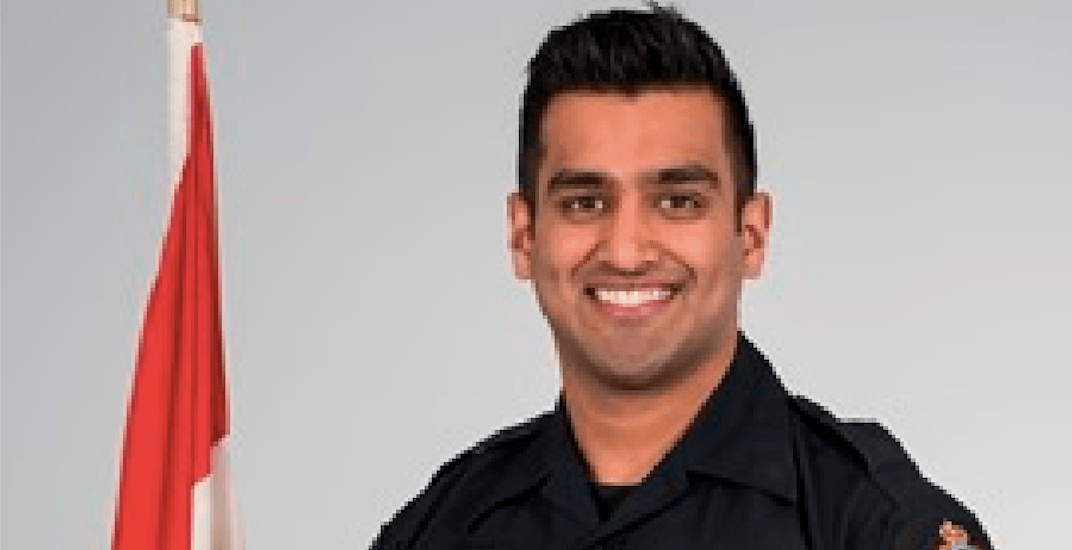 A VPD officer has been named one of the top 40 law enforcement professionals under 40 years old in the world.

The award, which was given to VPD Constable Micheal Bal from the International Association of Chiefs of Police (IACP), recognizes candidates who “exemplify leadership and commitment to their profession.”

And although he’s only been on the force for eight years, Ball has already racked up an impressive list of accomplishments.

He has worked as a School Liaison officer the last two years, and launched several initiatives aimed at helping teens in the community deal with their challenges and become happier and healthier individuals.

“Working with young people who demonstrate so much drive and energy motivates me to dedicate myself toward their goals and be the inspiration for them to reach for their best,” said Bal.

Bal’s “leadership and passion has been nothing less than inspirational,” said VPD Inspector Howard Tran. “He is truly making a difference in his community and beyond.”

In early 2016, Bal launched Project Jawani, along with Detective Constable Steve Kingra. The project has South Asian youths gather for an open discussion about the different issues they are facing.

But he didn’t stop there.

Bal also teamed up with mental health professionals to develop the Mental Wellness Peer-to-Peer Support Group at David Thompson Secondary. It supported students who were having issues with their mental health, along with students who had an interest in creating awareness and removing the stigma of mental health.

In July 2016, Bal was one of two Canadians selected by the US State Department to be an International Youth Ambassador mentor to 16 kids, aged 15 to 18, who are leaders in their communities across Canada.

Though this might seem like a lot of extra work, Bal considers himself fortunate to “have the opportunity to work with these kids, and hopefully make a difference in someone’s life.”

Bal worked on patrol before joining the Youth Services Unit. He is a Public Order negotiator with the Public Safety Unit, and is a nationally certified, award-winning crisis negotiator.

The officer has a Bachelor of Arts in Political Science and Criminology from SFU.

“My father was a Royal Hong Kong police officer,” said Bal. “He taught me about the impact an officer can have on a community and struggling youth.”