Delivering moments of mass happiness is an outcome the Vancouver International Busker Festival is proud to deliver: thousands of people smiling, laughing and cheering, oohing and ahhing is a beautiful thing to be part of. Festival volunteers are a huge part of making that happen! 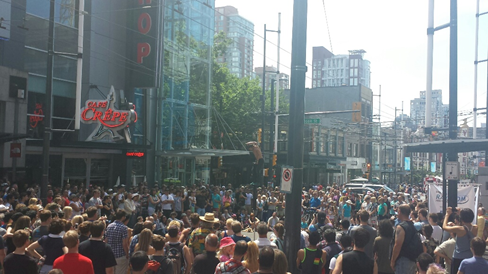 Whether its spreading the word on the street at other public events; or liking, tweeting, sharing and posting festival news from the comfort of their homes on social media, be it welcoming and directing festival-goers, setting up and striking festival infrastructure, taking photos and videos, volunteers add to the joyful mix of Busker Fest and make the festival work!

Last year, the festival team was both impressed and inspired by the degree of commitment shown by the volunteers, the majority of whom came at 8 a.m. and stayed until we closed 13 hours later, even though they were only schedule in four-hour shifts. They were just having too much fun! 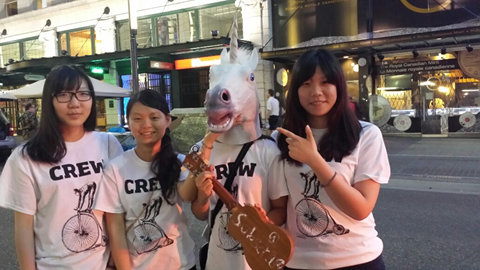 Volunteers do so much to make the festival work, and the festival in turn works to ensure volunteers experience is rewarding and fun. For high school students, hours spent at the festival apply toward their volunteerism requirements for graduation, and for many media enthusiasts, working with the festival gave them access to a lot of flashy content to capture through photos and videos.

Working with other volunteers creates opportunities to make new friends, whose company volunteers enjoyed on the street, at the festival’s after-party and on the group sailing trip following the event.  Many Busker Fest volunteers were visitors to Vancouver who we met through downtown ESL programs.  Participating in the festival added meaningful experience to their visit.  We were touched by an email we received from Yuko, who wrote last week from Japan that the festival was the highlight of her time here. 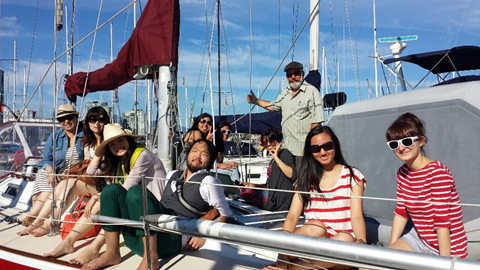 We’re excited to have so many volunteer applications arriving in our inbox’s already, and look forward to working with another cast of inspired volunteers who love Vancouver, love the arts and are excited about growing a premier international festival downtown.

To sign up as a Busker Festival Volunteer please visit: www.vancouverbuskerfest.com.