Major traffic backups are happening along the route to the Lions Gate Bridge after a two car collision on the bridge deck.

A witness told Vancity Buzz it occurred at approximately 10:25 a.m. near the north end of the bridge. A Volkswagen Beetle burst into flames after colliding into a pick-up truck carrying an extra rear load, possibly a generator.

There is no information at this time on whether anyone was injured in the incident.

The bridge was closed to traffic on both ways for two hours. Buses that use the bridge are being rerouted to Lonsdale SeaBus terminal.

At 12:30 p.m., one lane of traffic reopened for alternating northbound/southbound traffic, but long backups persist. All lanes should reopen within the next hour.

Anyone who needs to cross the inlet is advised to use SeaBus or the Second Narrows Ironworkers Memorial Bridge. 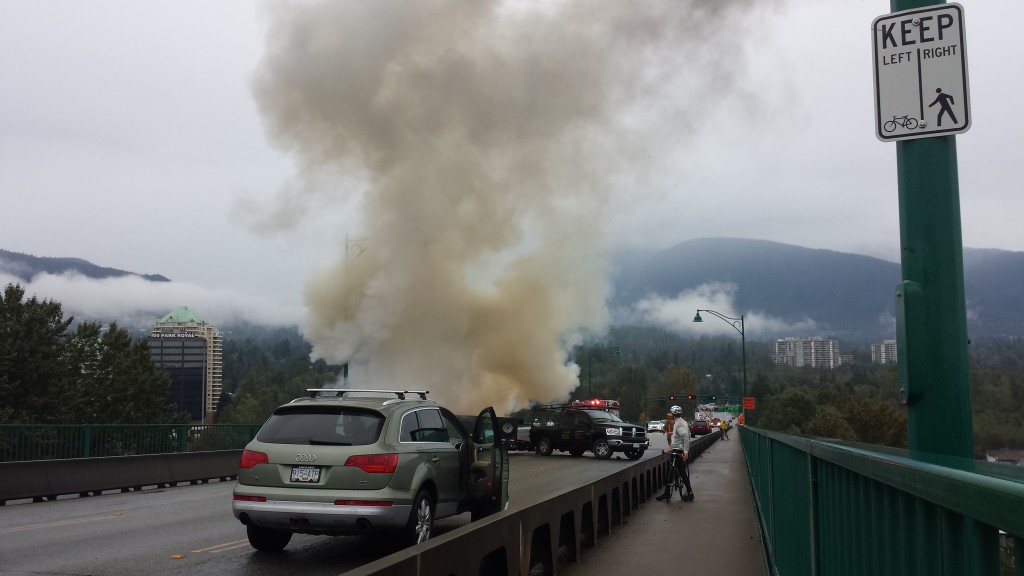 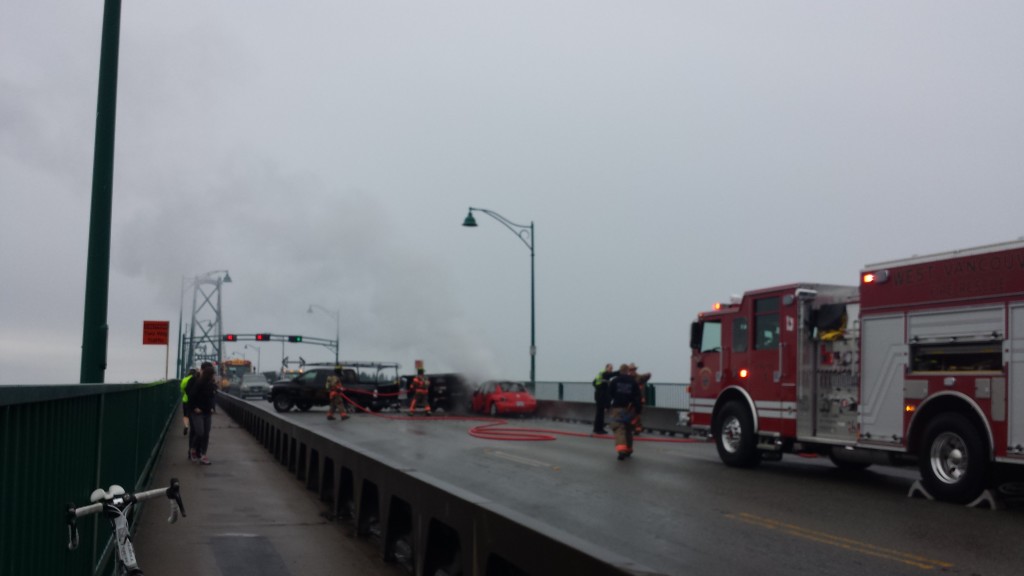 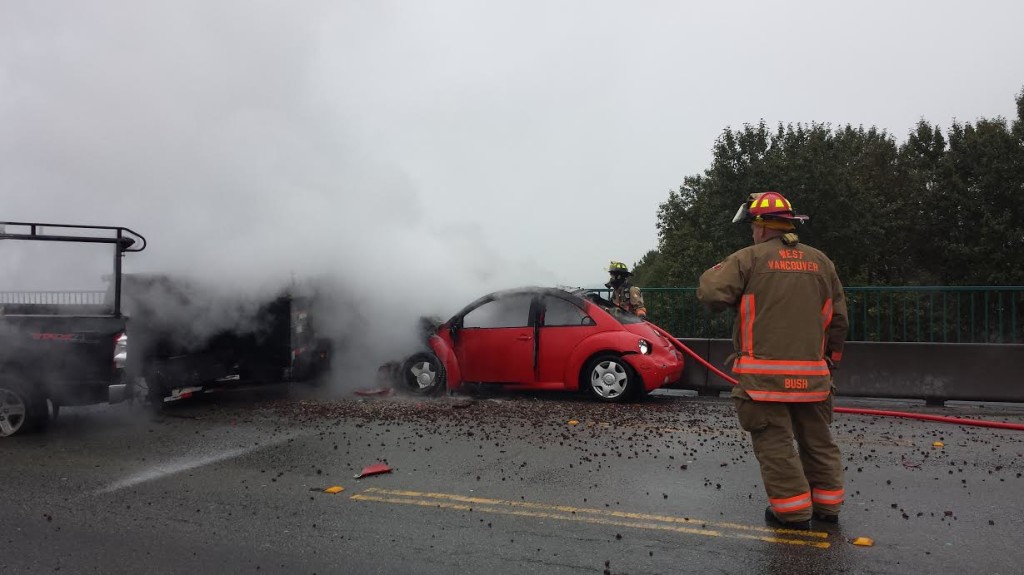