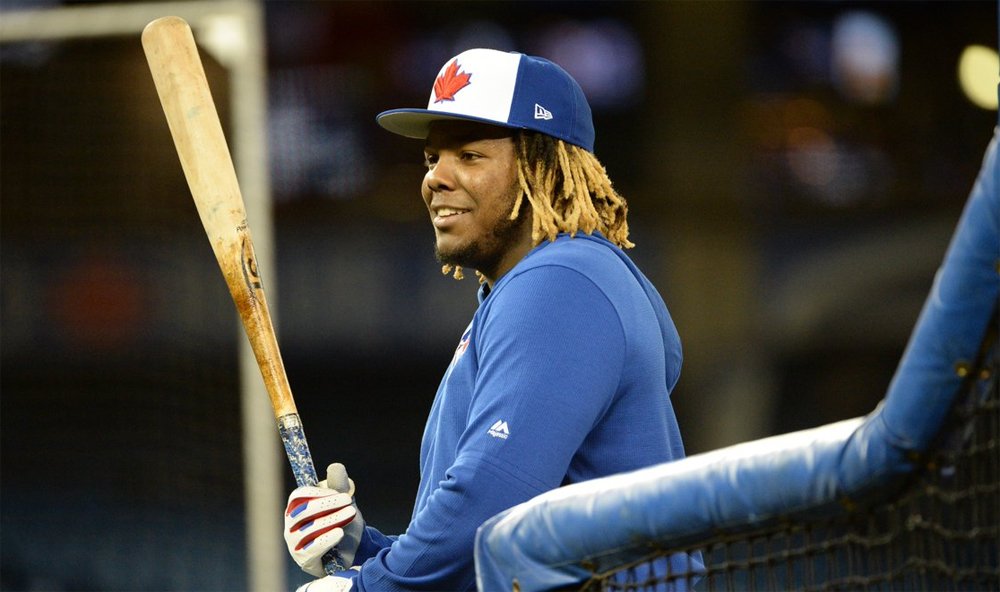 The Toronto Blue Jays might only have one participant at MLB’s All-Star Game on July 9th, but they already one of their young sluggers lined up to participate in the Home Run Derby on July 8th: Vladimir Guerrero Jr.

According to Hazel Mae of Sportsnet, the 20-year-old rookie wants to slug it out in this year’s Home Run Derby being held at Progressive Field in Cleveland.

Source confirmed Vladdy Guerrero Jr. has agreed to participate at this year's #AllStarGame #HRDerby in Cleveland.

A few weeks ago, Marly Rivera of ESPN asked Guerrero point-blank whether he’d offer at participating in the Home Run Derby. “Yes, of course”, he responded.

As of yet, none of the participants have been officially announced, but Guerrero Jr. would be one of the most sought-after entrants into the Derby, even if he didn’t make the All-Star team.

Once MLB adopted the captain versus captain format of the Home Run Derby, they’ve loosened the reins on which players can participate in the contest. Yoenis Cespedes was a write-in candidate at the 2013 Home Run Derby and won the whole thing, despite not being named an All-Star.

Within the last few years, MLB drastically overhauled the Home Run Derby to the point where the American League and National League lines are blurred and hitters face off in rapid-fire format.

Guerrero isn’t among the most prolific home run hitters this season, but he’s hit some of the longest home runs of the 2019 season. Vladdy has seven home runs in 53 games played with the Blue Jays this season, with an average home run distance of 426 feet.

That 426 average home run distance is tied for the Major League lead for hitters with at least five home runs this season. Back in May, he clubbed this 451-foot monster shot in San Fransisco for his second career home run.

If Guerrero does in fact suit up for the Home Run Derby on July 8th, baseball fans at Progressive Field are in for a treat. Not very many ballparks have withheld the raw power of Guerrero and Cleveland may be the next stadium he conquers.