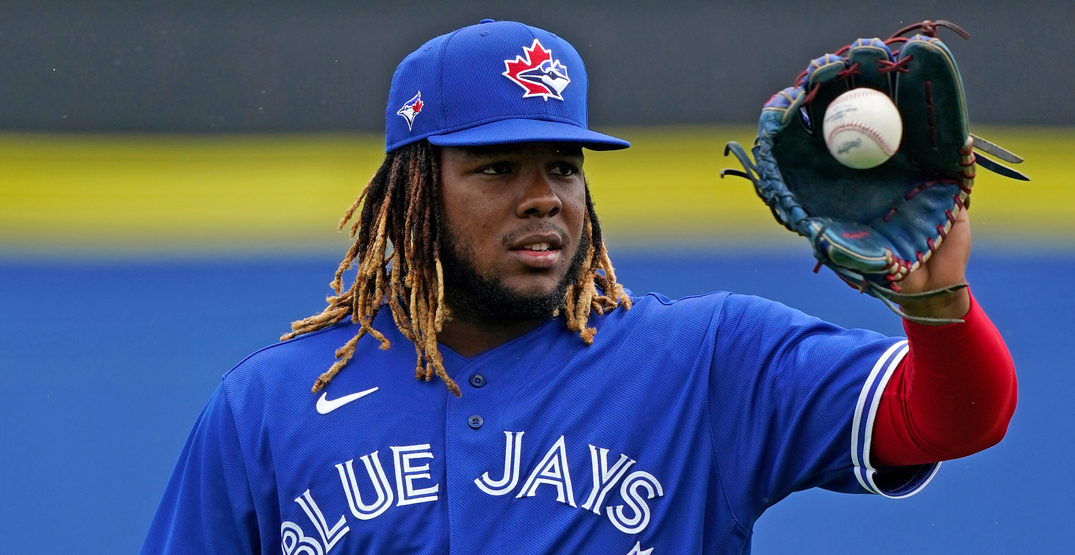 Back in 2019, baseball had never seen a prospect like Vladimir Guerrero Jr. He was the consensus top young player not yet in the major leagues, signed at 16 years old by the Blue Jays with a hefty $3.9 million signing bonus.

When he finally made his long-awaited arrival in April 2019, he was supposed to help carry the Blue Jays back to the promised land. Two years later, and the 22-year-old has two turbulent seasons in the rear-view mirror.

During 123 games in 2019, he posted close to league-average numbers, which any team would normally love to have… but he came with a certain pedigree as the son of a Hall of Famer.

The power in his bat was clear. You don’t even need to see it, you just need to hear it. Millions saw Guerrero’s light tower-power on full display during the 2019 Home Run Derby. Despite finishing runner-up to Pete Alonso, Guerrero set a derby record by hitting 91 home runs.

It was must-watch TV, and it felt like Vladdy’s coming out party. The results never quite materialized on the field as he ran out of gas in the second half of 2019. Even he admitted he was run down by season’s end during his first season in the bigs.

Then 2020 rolled around and the chaos that ensued caught everyone by surprise. Guerrero showed up to spring training in February 2020, looking stronger and fitter than the previous year. The world had much different plans for everyone by March.

With the baseball season on hold for months, action got back underway in June as players reported to summer camp in Toronto. Guerrero returned to the field and the Blue Jays suddenly announced he was the team’s first baseman, not their third baseman like the previous season.

It puzzled many, but as the days and weeks progressed, the decision more or less explained itself. Guerrero later said he showed up to camp in less-than-stellar shape. His status more or less forced the team to shift him across the diamond.

The young slugger worked hard throughout the 2020 season, playing all 60 regular season games for the Blue Jays last year. But once again, it seemed like Guerrero Jr. barely scratched the surface of his potential.

Now entering his third season in the big leagues, 2021 feels like it will be a big breakout year for Guerrero Jr.

The Blue Jays slugger has nothing but momentum heading into the 2021 campaign. He knows where he’ll get the bulk of his playing time (first base), he lost over 40 pounds this offseason, and his spring training numbers look very promising.

One of the confounding things about Guerrero Jr. through his first two seasons in the big leagues has been his tendency to pound the ball into the ground. That’s not where he does his damage; Vladdy thrives when launching missiles into the gap or over the fence, not 100 mile-per-hour worm burners through the infield.

It’s a small sample size, but it looks like he might have turned the corner in that regard.

Compared to last year, Guerrero Jr. increased his average launch angle by three degrees. He’s also hit the ball harder this spring, averaging an exit velocity of 93.5 MPH, the highest mark of his career so far. Again, the caveat that these are only spring training numbers, but promising nonetheless.

The increased launch angle and the uptick in exit velocity alone don’t indicate something huge is on the horizon, but it’s merely one piece of the puzzle. His offseason conditioning, his experience, the fact that there’s some routine this year; all these things should lead to a breakthrough year for the 22-year-old.

Side effects from “load management”?

Something to keep in mind is he’s been load managed through his first two seasons, which is rare for a position player. Regarding young marquee prospects, when teams finally promote these players, they let their horse out of the proverbial stable.

With Guerrero Jr., he’s never played more than five consecutive games in the field during his first two years with the Blue Jays. In 2019, for example, he’d play five games at third base, then take a rest day or a DH day. Then rinse and repeat for most of the season.

Last year, Guerrero’s on-field workload was even more sporadic, spending a game or two at first base, then DH’ing for a game, returning to the field for a game or two or three, sprinkled in with DH days.

It wasn’t until the very end of the 2020 campaign when Vladdy played five straight games at first base down the stretch, but that’s the duration when he went more than three games in the field. Sure, he was in the lineup every game, but he only started a little more than half of the team’s games at first base.

When your schedule is that sporadic, it must be difficult to build any kind of momentum. The Blue Jays had their reasons to load manage Vladdy in 2019 and 2020, but for the sake of his development, Guerrero needs reps in the field as much as possible.

By all accounts, he looks prepared to handle the workload. After focusing on his conditioning this offseason, he seems primed to play first base for the Blue Jays day-in and day-out. He’ll probably start a handful of games at the hot corner, too.

Vladdy is key to the Blue Jays’ success

Blue Jays fans can’t wait to see what players like George Springer and Marcus Semien can bring to the team in 2021, but the key to the club’s success might lie on the shoulders of their 21-year-old first baseman.

Projections forecast Guerrero to hit around 25 to 27 home runs this season, but many would contest his potential is much higher than a high 20s home run total. Some say he might even win the AL home run crown this year.

Pinning your hopes on prospects can often lead to heartbreak. Are young players ever as good as we expect them to be? In the case of Guerrero Jr., nothing short of an MVP award was going to impress some people.

In retrospect, the astronomical expectations placed upon him may have been unfair. But even now, it’s easy to see why people were so tantalized about his potential; because he could roll out of bed and hit 30 home runs in a season without even trying.

Let’s remember, he was never challenged during his road to the big leagues. He steamrolled every run of competition he faced; Vladdy demolished home runs in the minors like he was playing a video game on “God mode”.

But then he got to the big leagues in 2019, and suddenly things may not have come so easy. The breaking balls broke like he’d never seen; the off-speed pitches dove out of the strike zone unlike anything he experienced in the minors.

Not to mention, he barely got a pitch to hit in the strike zone for the first half of the season. No opposing pitcher wanted to be the guy who got posterized by a Guerrero moonshot. And Vladdy didn’t have any protection in that Blue Jays lineup either.

Fast forward to 2021 and it’s a much different story. The Blue Jays boast one of the best lineups in baseball. No longer is Guerrero Jr. expected to carry this team on his back, hitting in the top half of the lineup during his rookie campaign.

With Springer and Semien taking more of the spotlight, that can allow Guerrero Jr. to fade into the background a bit more, and focus on what he does best; crushing the baseball. And he’s too talented not to fulfil his destiny as one of the best young players in the game.

Regardless of how this season plays out, 2021 will be a crucial year of development for Guerrero. This is his third tour with the team; the league adjusted to him in 2019, and this offseason, Vladdy made the biggest adjustment of his career.

Only time will tell if it pays off for him and the Toronto Blue Jays.