If you talk to any of his friends, it’s very clear that Vivek Pandher, 22, was a lot of things to a lot of people.

He passed away last week following health complications while attending Paradiso Music Festival at the Gorge Amphitheatre in Washington State, where temperatures reached 40°C. He suffered heat stroke and his heart stopped, which led to brain damage.

Earlier today, a family member confirmed that his internal organs had been successfully donated to patients in need.

Vivek was an electrical engineering student at the University of British Columbia (UBC) and was set to graduate next year. On the side, photography and videography were his passions.

“He was a very positive person. He would always be smiling, and always have something nice to say,” says Valarie Song, a friend of Vivek’s, who worked with him at UBC as part of the local organizing committee for the 2012 World Model United Nations (WorldMUN). “He always checked in with his friends, and would make sure that everyone felt comfortable. He had this energy about him that was so infectious, so pleasant to be around.”

“I didn’t really see him in person, but he would always check in with a phone call or a text,” says Terrie Chan, who also worked with Vivek on WorldMUN. “It still doesn’t feel real, but I know when I go back to Vancouver he won’t be there, and that’s weird.”

“He was just a free spirited person,” she says. She recalls a time when she and Vivek collaborated on a photo shoot, and he ended up bringing her to a wedding that day.

“I’m not a type A person. I like to plan out my life, know how to get here, know who’s there, when it ends. He never ever cared about the tiny things, the things that didn’t matter. He only cared about ‘Okay, this is happening, and I trust you, and it’s going to flow’. It was utterly inspiring.”

When it comes to friendships, Vivek touched many lives, in many profound ways.

“The best thing about him is, if you would even asked a hundred friends, all the friends will have different things about him,” says Karan Thurkal, who first became friends with Vivek during high school, back in their hometown of Ludhiana, India.

“Some people will say he was a very intellectual person, and you can just sit with him for hours, and talk about anything,” says Thurkal. “Some will say he knew how to live life, and he was the most adventerous person. Some would say he was the laziest, and you could just sit with him and relax for hours. There were many aspects of him that inspired different personalities.”

Karan recalls one of his favourite memories of his time with Vivek; the time they made history.

Karan and Vivek formed a band in Ludhiana, after movies featuring rock music became popular in India. “We were really inspired,” he says. “The city didn’t have any rock concerts at that time, so he contacted me because I used to play the drums, and he played the guitar, and asked if I would be willing to join. We jammed a lot, and then we did a rock show in the city. It was the first one ever.”

Karan says stories of Vivek’s inspirational nature aren’t uncommon, and that he was a person who took it upon himself to lead the life he wanted, and improve the lives of those around him.

“There are many, many amazing stories that he has,” says Karan. “He was the most enterprising personality that I’ve ever met in my life. He was always trying to start new initiatives, and new things to improve the culture and the society.”

Karan says while living in Ludhiana, Vivek often took it on himself to improve things in his community, leading by example.

“In my city there was a lot of pollution, and he said he wasn’t going to have a car. He had a bicycle, and he used it to go anywhere he wanted to go,” he says. 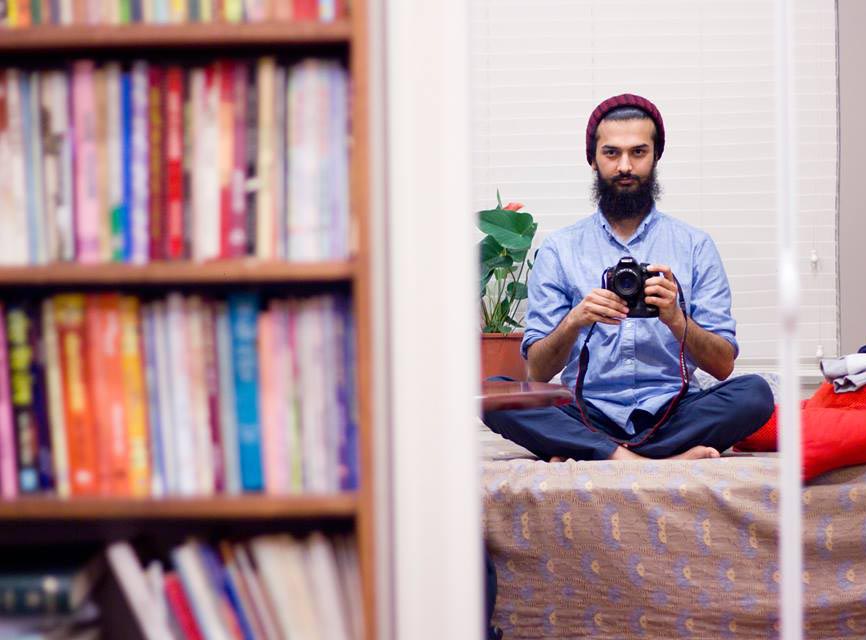