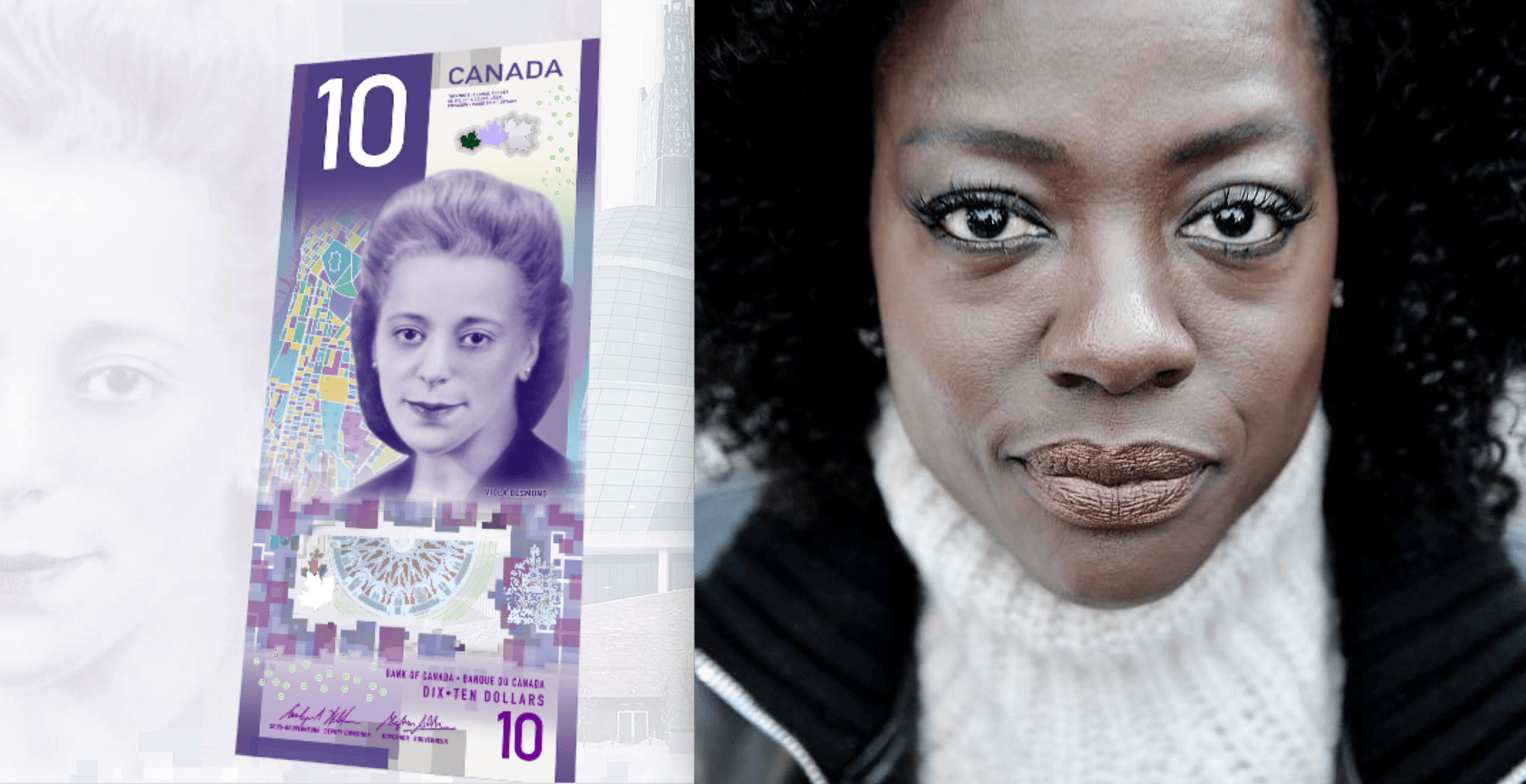 In 1946 Desmond, who was a successful businesswoman, refused to leave a whites-only area of a movie theatre, and was jailed and fined as a result. Her court case was the first known legal challenge against racial segregation brought forth by a black woman in Canada.

And Canadians were REALLY excited about this new bill.

This is cool and fun #Canada #ViolaDavis 🥂🇨🇦🥂 https://t.co/9r13jgUJeW

Viola Davis was a badass. Too bad they gave her a fugly bill :/ #cdnpoli @bankofcanada @CanadianMint

The new $10 bill is amazing! Viola Davis being on it is great, obviously, but on top of that it’s oriented vertically, which is super cool.https://t.co/W5MklLbiq5

I think putting Viola Davis on our new $10 was a good call. The criticism of people not knowing who she is actually illustrates why she should be on the bill. The Liberals get a rare 👍from me on this. https://t.co/sQzSqJVFEV

Did you happen to notice something about those tweets?

A lot of Canadians are confusing American Oscar-winning actress Viola Davis for Viola Desmond because they have the same first name.

Yes!! Don’t get me wrong.. Viola Davis is a true icon and legend… but her lovely face is not what’s on our $10 bill

It’s true, Davis is a modern-day Hollywood legend. But she’s American and although she’s amazing in How to Get Away With Murder, that’s probably not a good enough reason for the Bank of Canada to feature her on our new $10 bill.

However, Desmond is a true Canadian icon and has paved the way for civil rights in Canada. Out of 26,000 nominations of iconic Canadians, Desmond was chosen to be on our new bill. She even has her own Heritage Minute, which you can watch to learn more about how she stood up to fight racial injustice and inequality.

So remember its Desmond not Davis. Both women are great but only one is on our new $10 bill!