Groceries are a major part of life in any city, and Vancouver is no exception. Chains like Safeway go a long way back here, and even nearly a century ago were in the business of swallowing up locations of mom and pop grocers in our communities.

Some of the buildings that once were grocers are still around, housing stores and restaurants behind their distinct facades. Of course, many of the buildings and businesses are long gone. Take the corner of Burrard and Robson for example; once upon a time even that was a local grocer before it was home to our main library, the Virgin Megastore, HMV, and now a massive Victoria’s Secret. Even Vancouver’s department stores sold groceries. There was Woodwards’ legendary food floor, but the Hudson’s Bay on Granville had a grocery department, too.

Check out these vintage photos of Vancouver’s grocery stores of yesteryear. 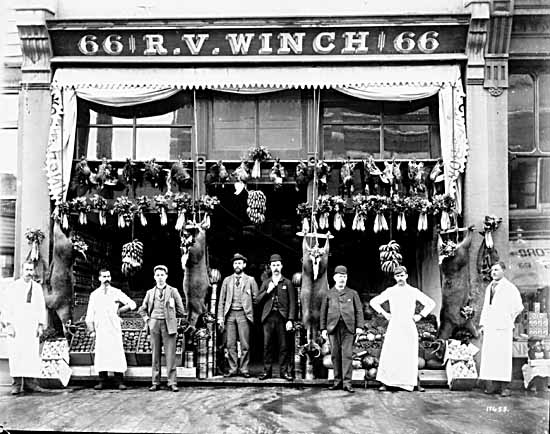 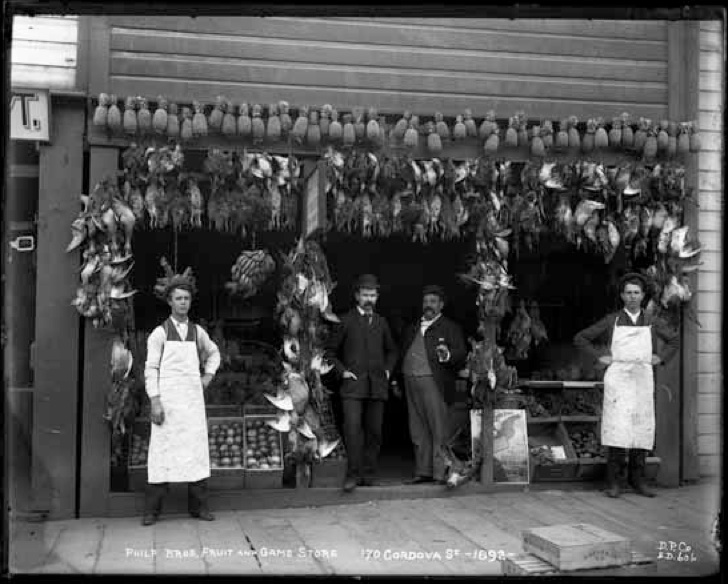 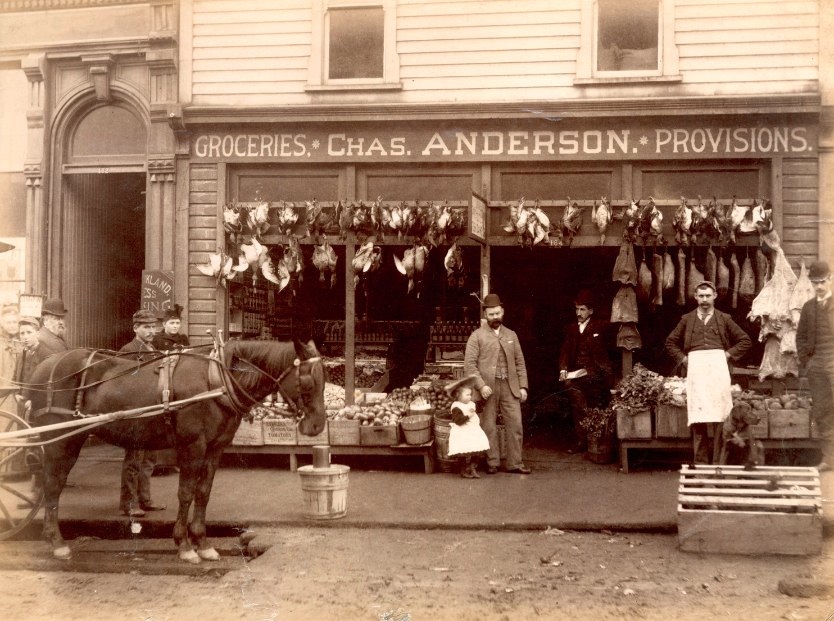 Exterior of Charles Anderson’s grocery store at 164 Cordova Street, between 1892 and 1895 (Photo via Vancouver Archives) 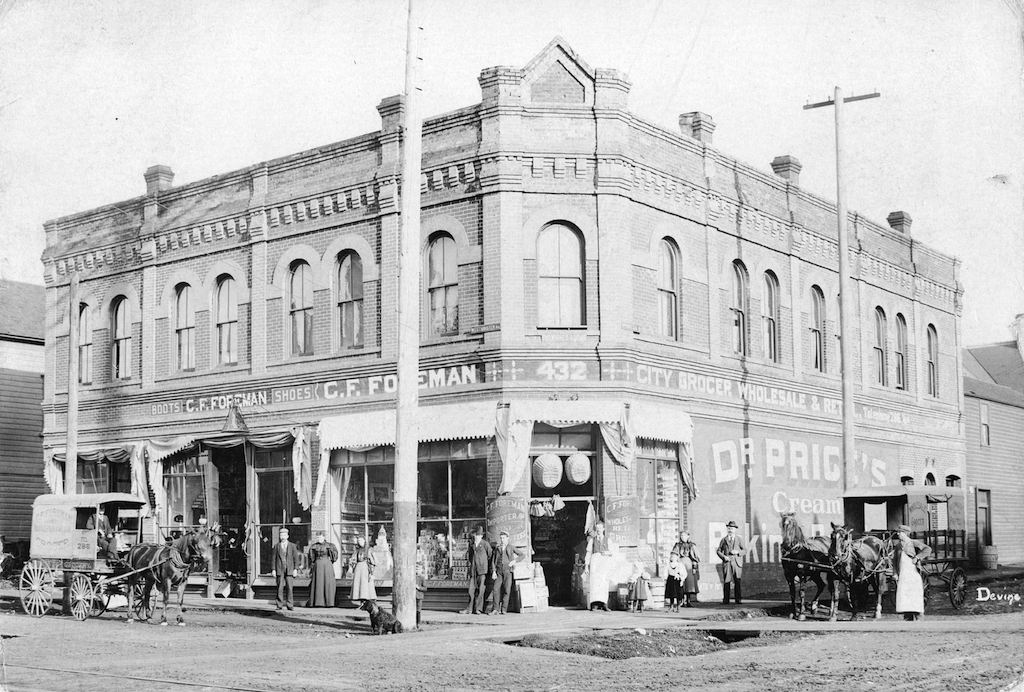 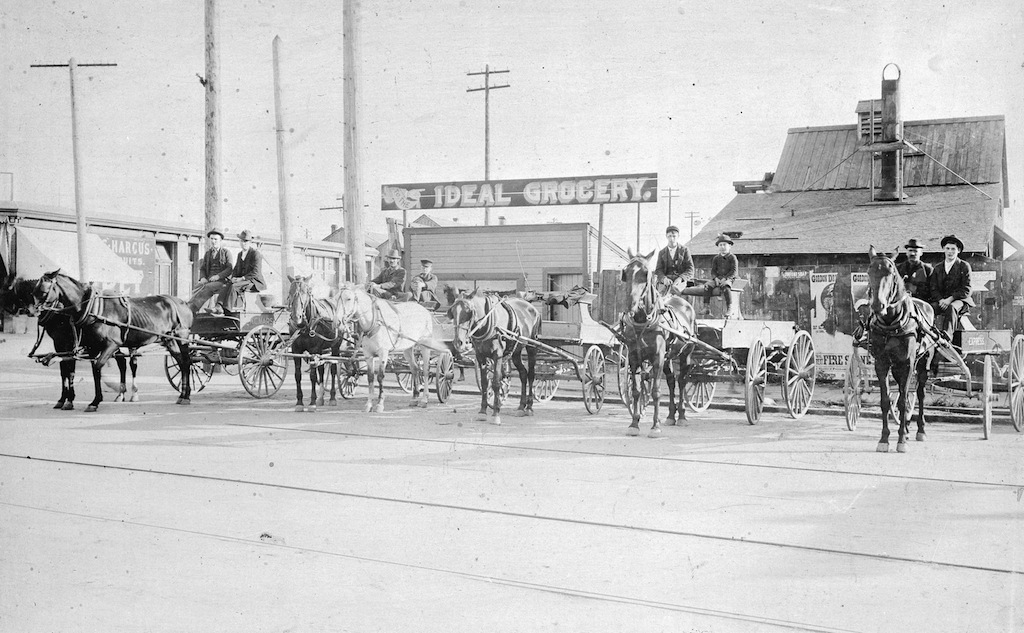 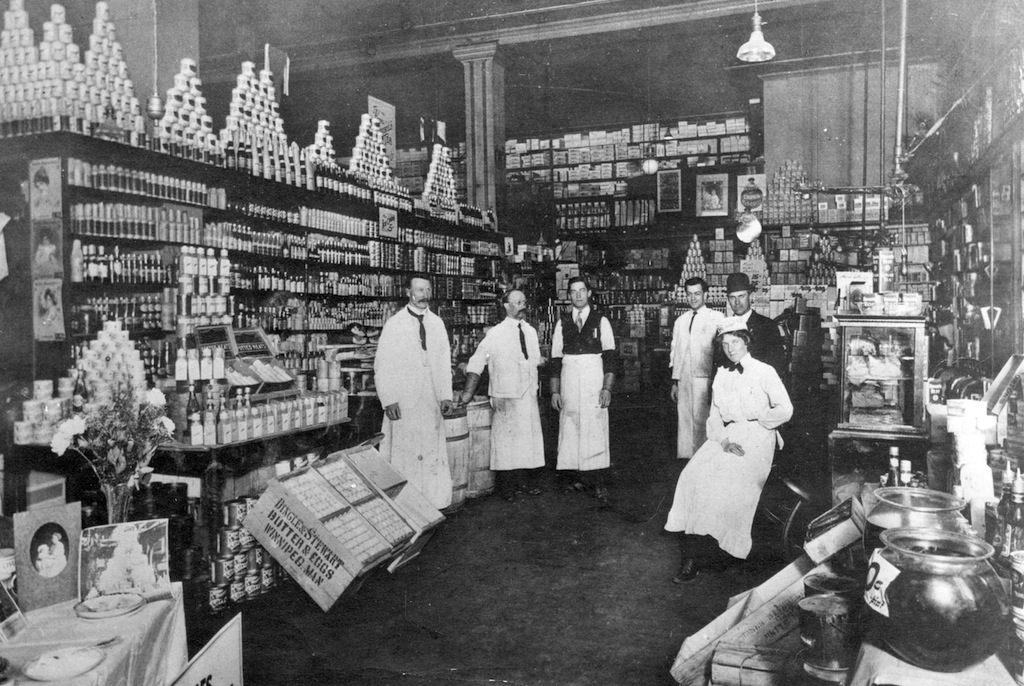 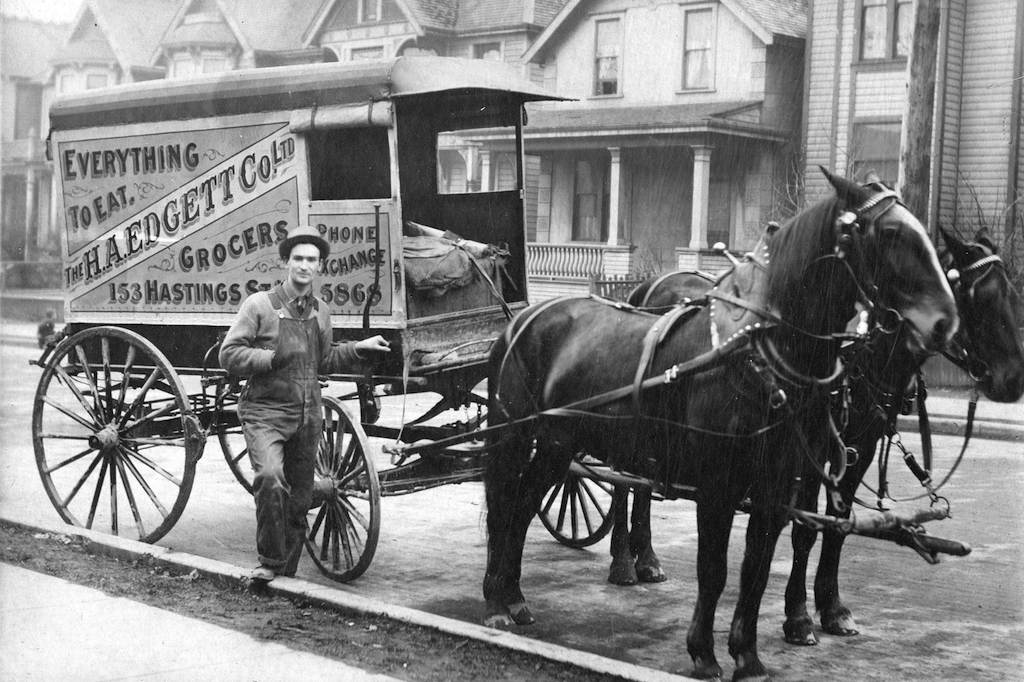 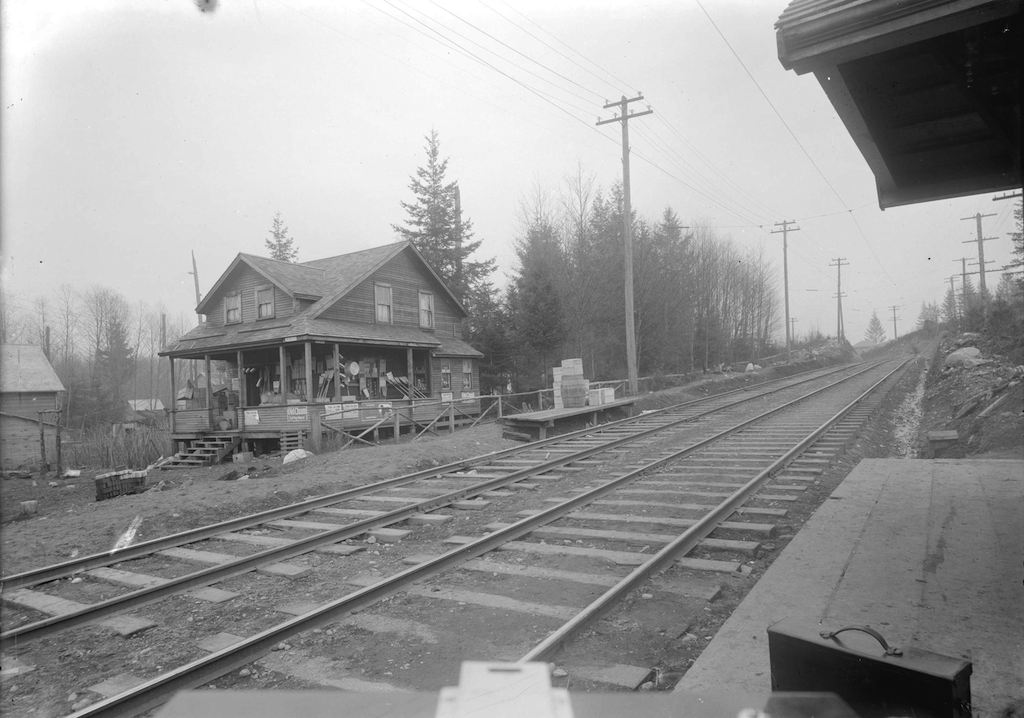 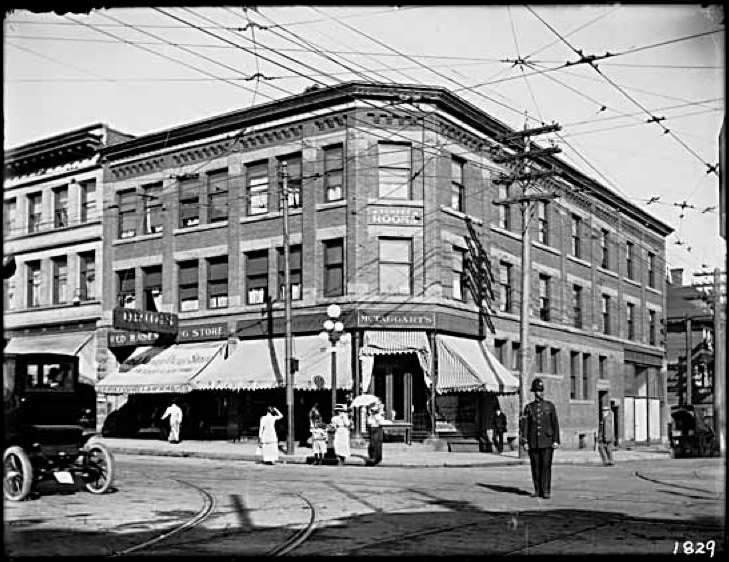 North east corner of Granville and Robson, McTaggart’s grocery store with the Red Raven drugstore next door and the Sunset View apartments above. 1908 (Photo via VPL)

Fleet of Calladine grocery trucks in front of Calladine’s Grocery Branch No. 3, March 1918 (Photo by Stuart Thomson via Vancouver Archives) 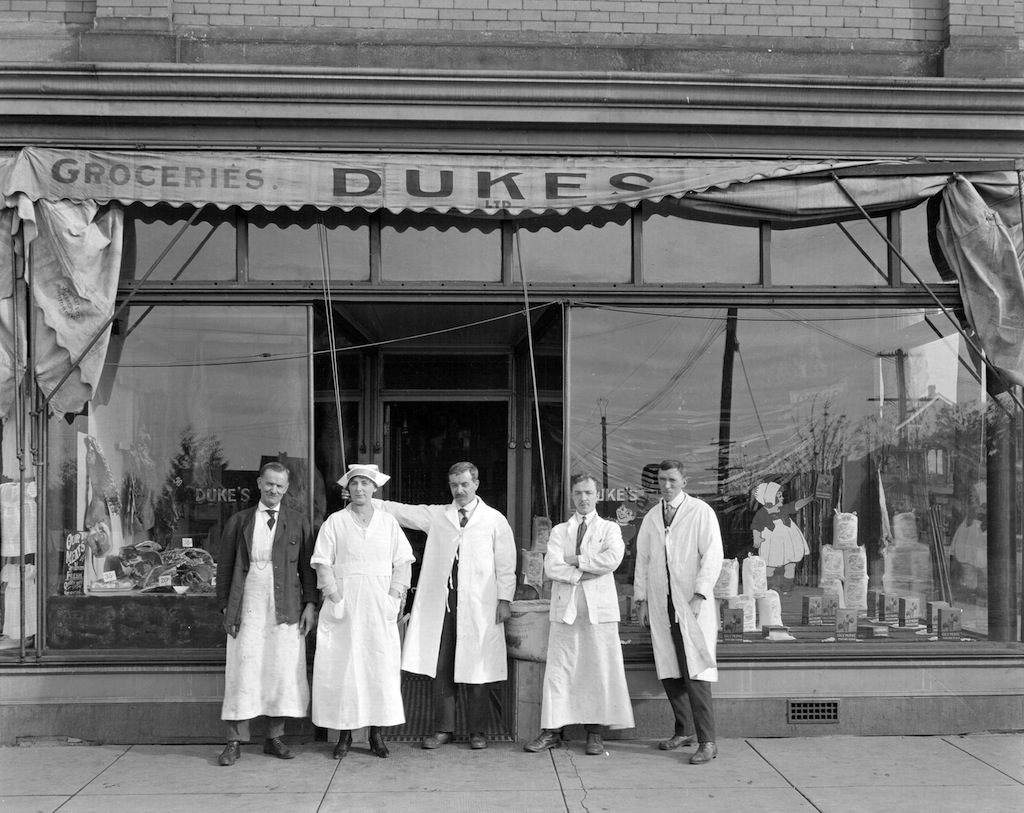 Employees in front of Duke’s Grocery at 1588 Commercial Drive, 1920. This became a Safeway, and is now Gelateria Dolce Amore. (Photo via Vancouver Archives) 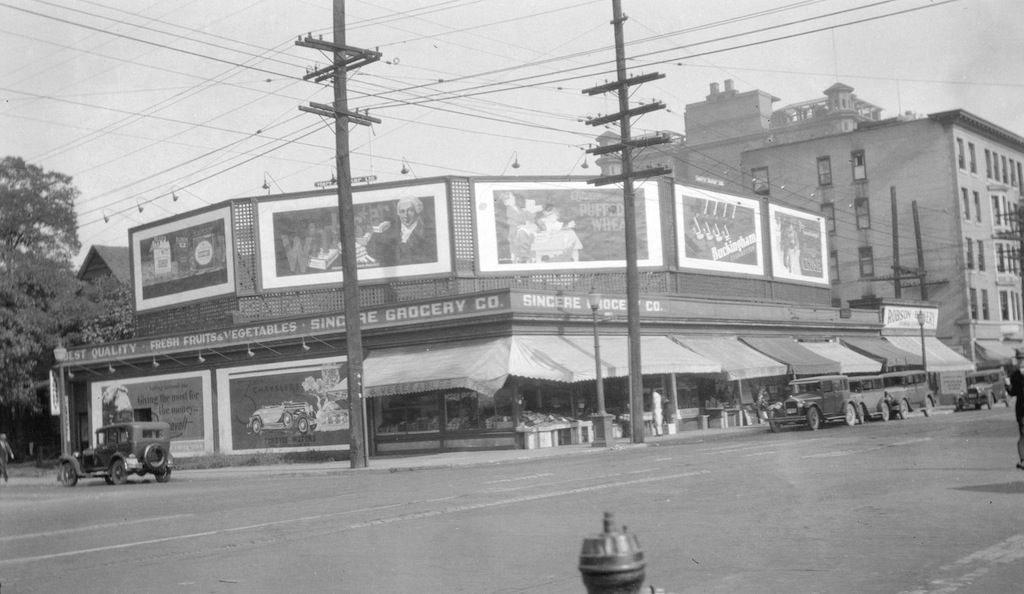 The Sincere Grocery store at 995 Robson Street, circa 1925. This is the corner of Burrard and Robson, which ultimately became the Vancouver Central Library, the Virgin Megastore, HMV, and now Victoria’s Secret (Photo via Vancouver Archives) 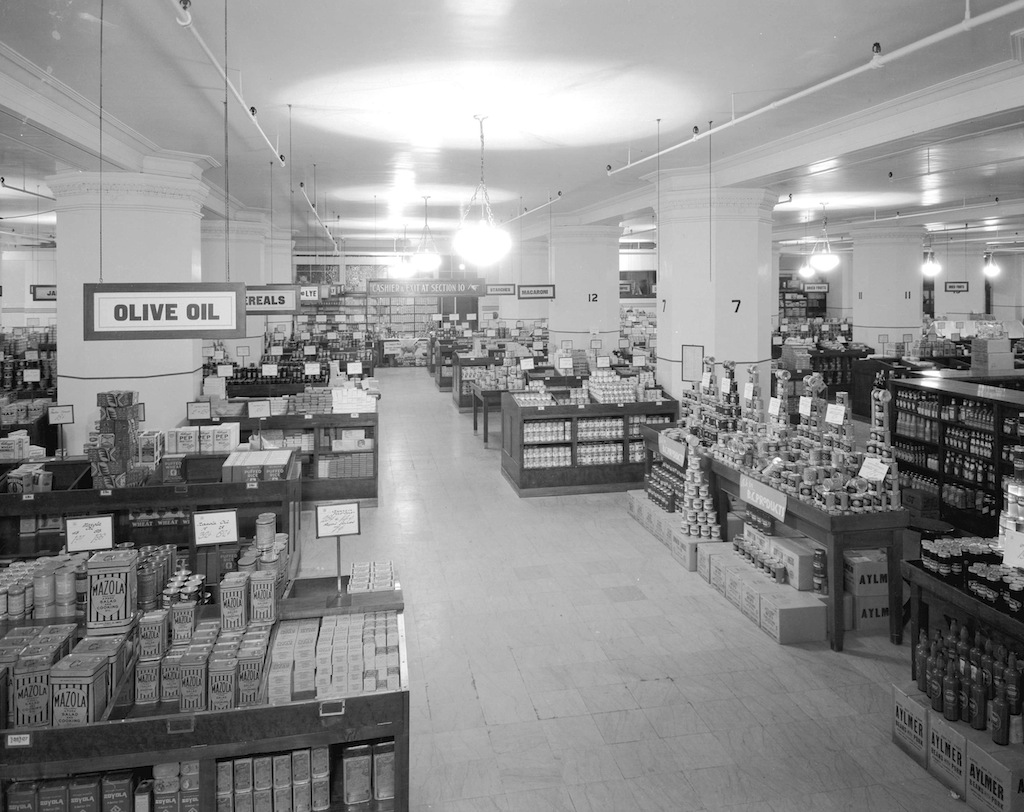 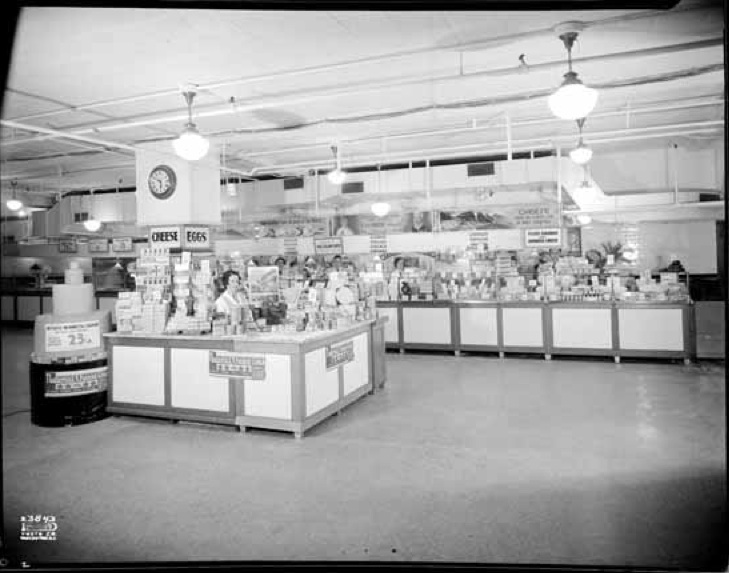 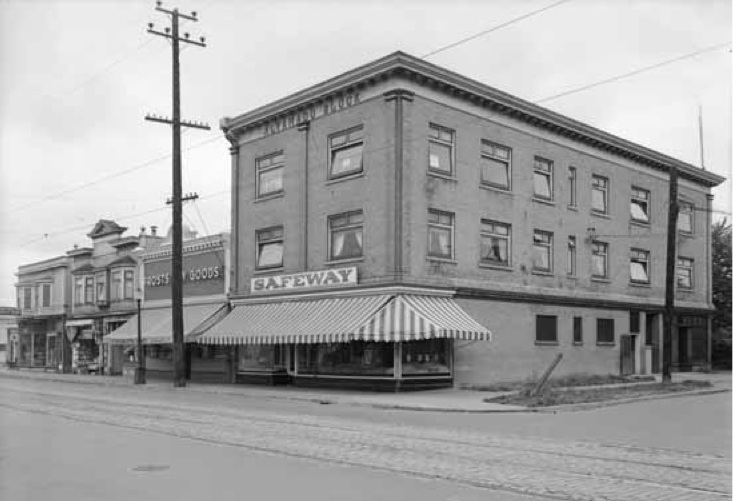 View looking Northeast in 1500 block Graveley and Commercial. 1588 Commercial Drive. What was once Duke’s Grocery by the 1930s was a location of the Safeway chain, seen here in 1939 (photo via VPL) 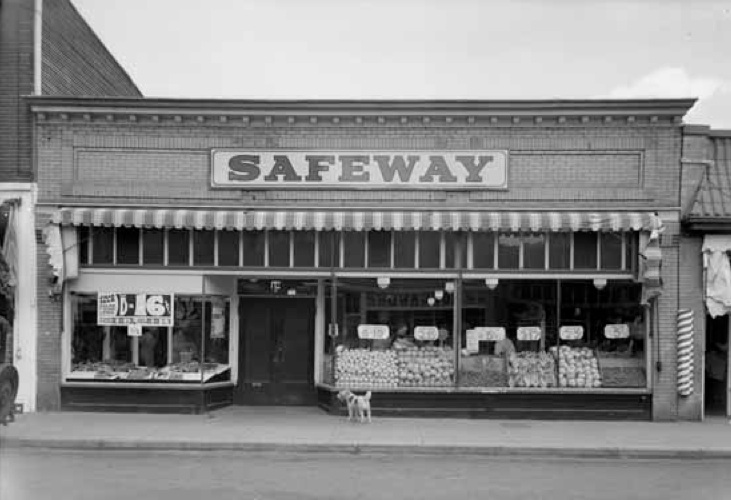 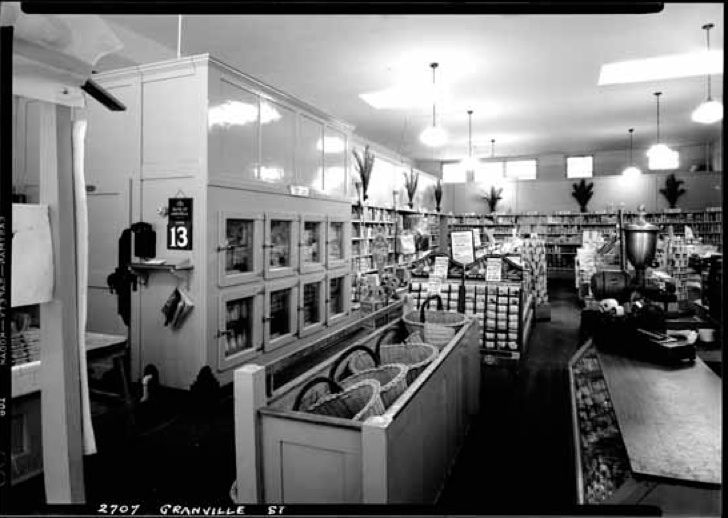 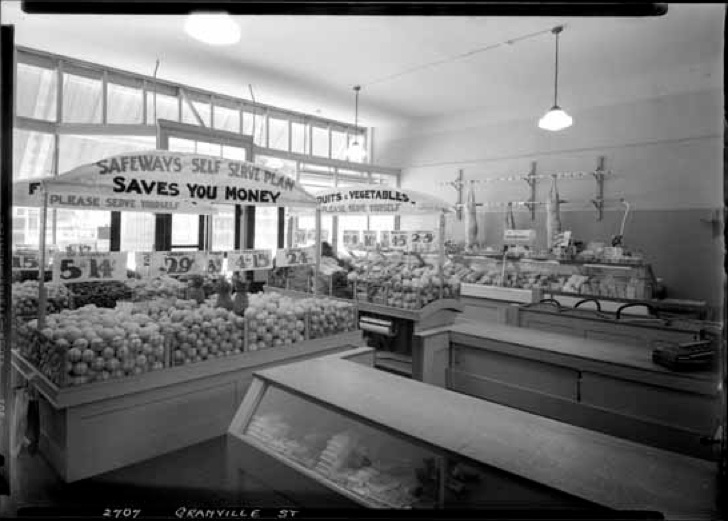 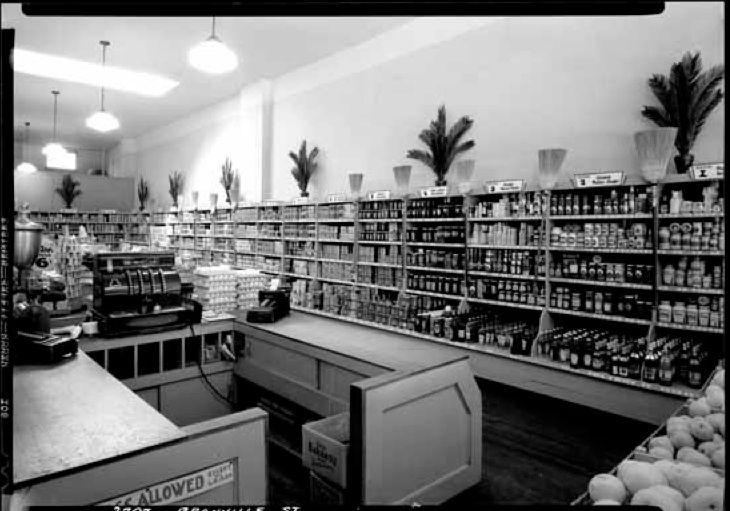 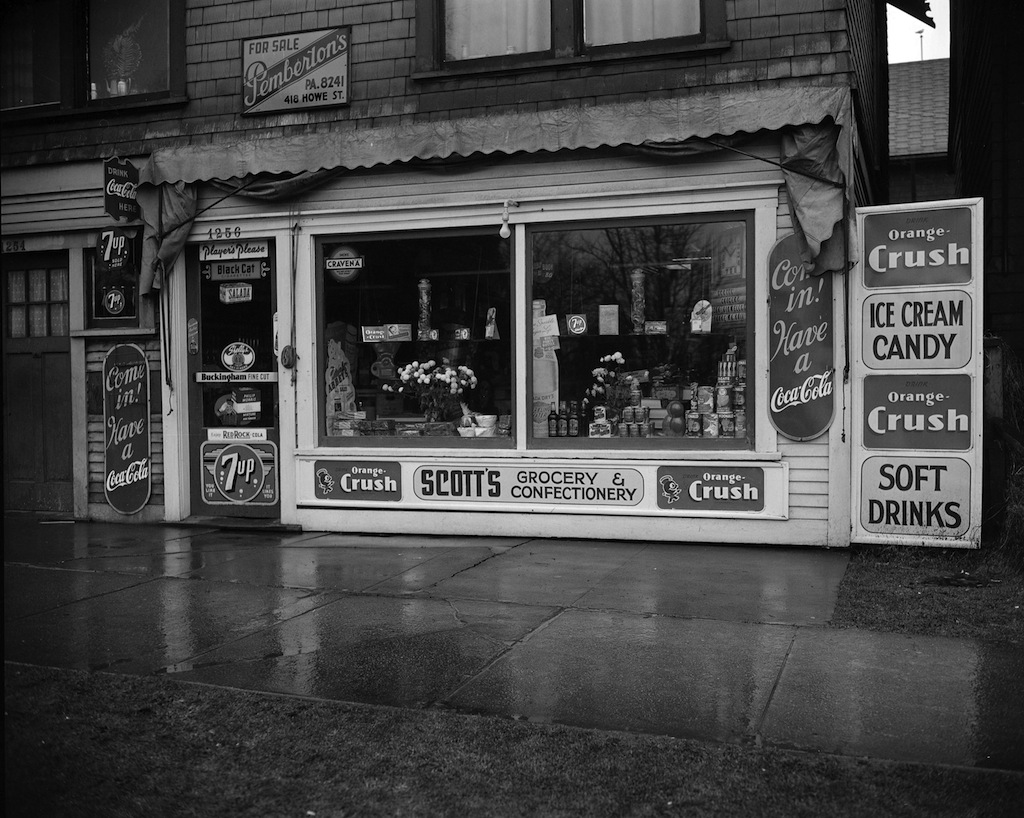 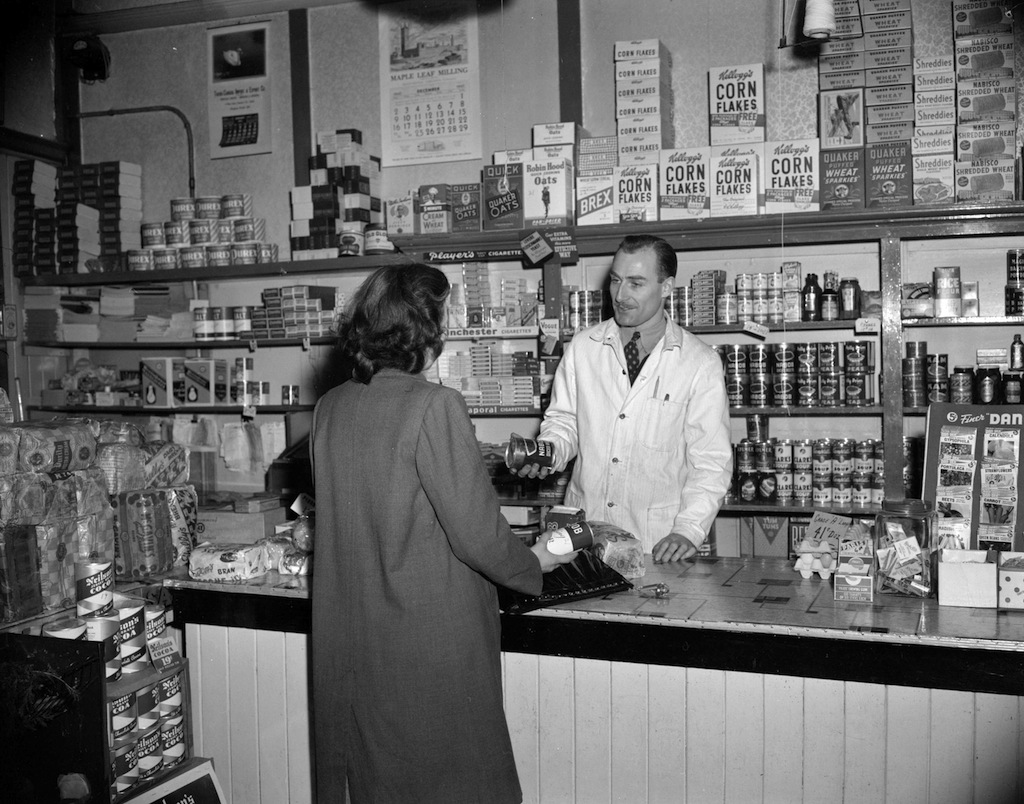 Woman being helped by a grocery store clerk, 1940s (Photo by Jack Lindsay via Vancouver Archives) 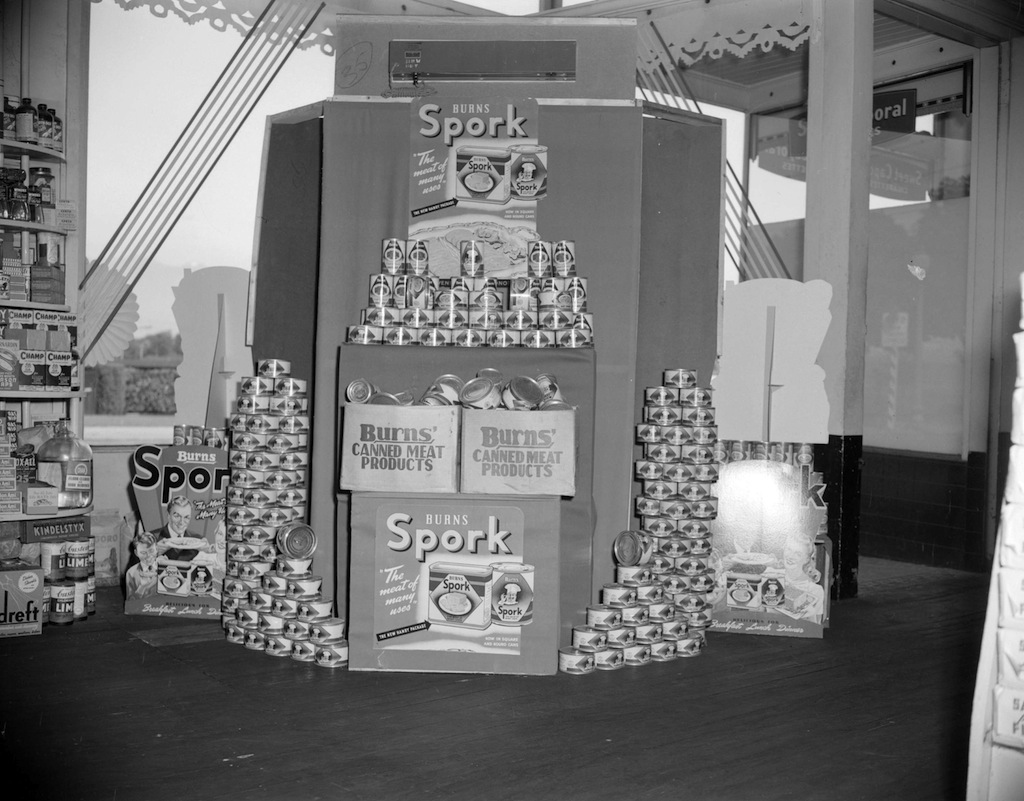 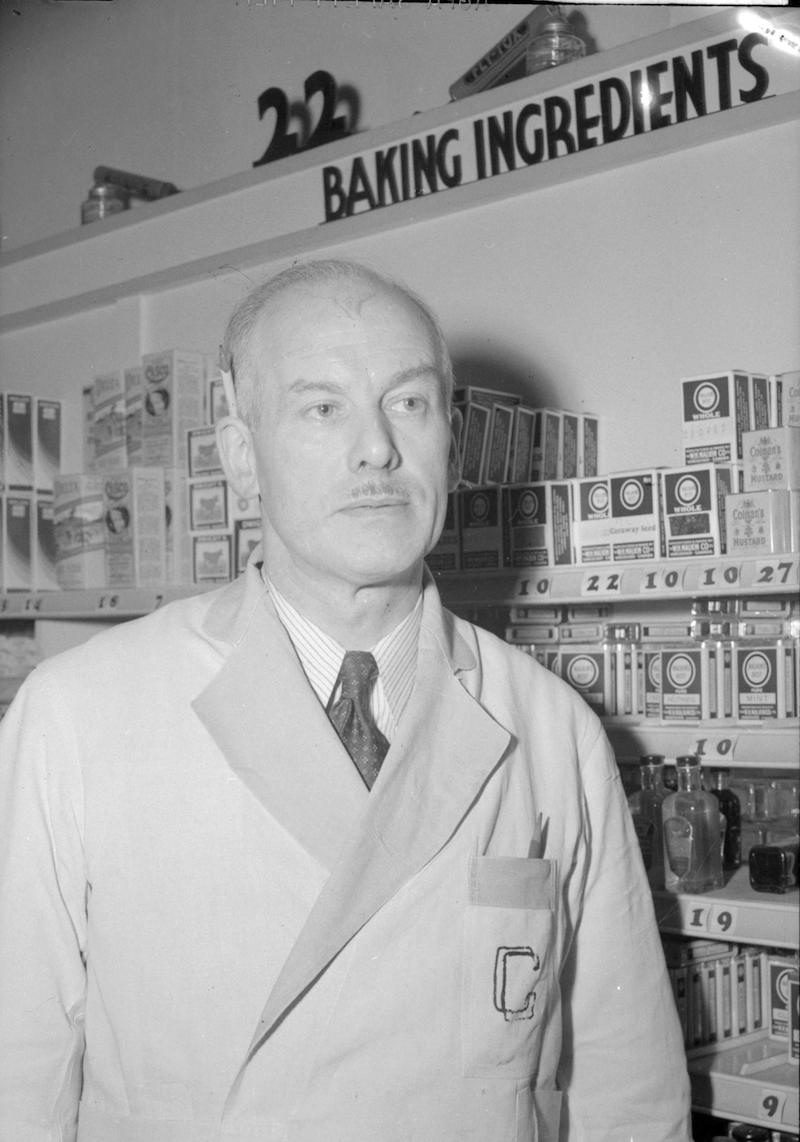 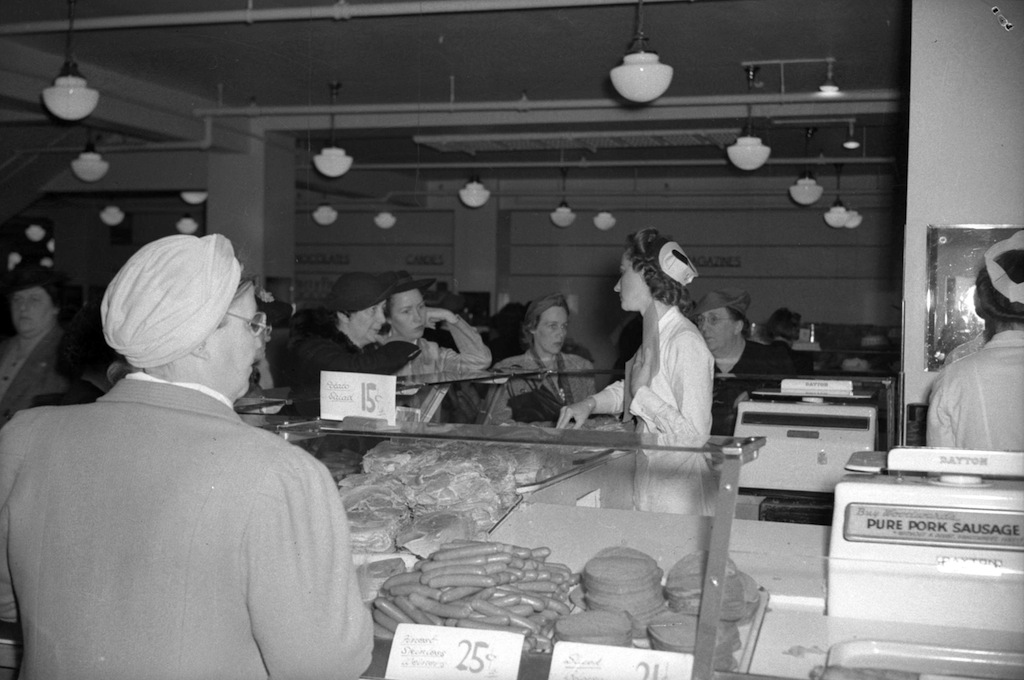 Woman helping customers at the meat section of a grocery store, April 1943 (Photo via Vancouver Archives)