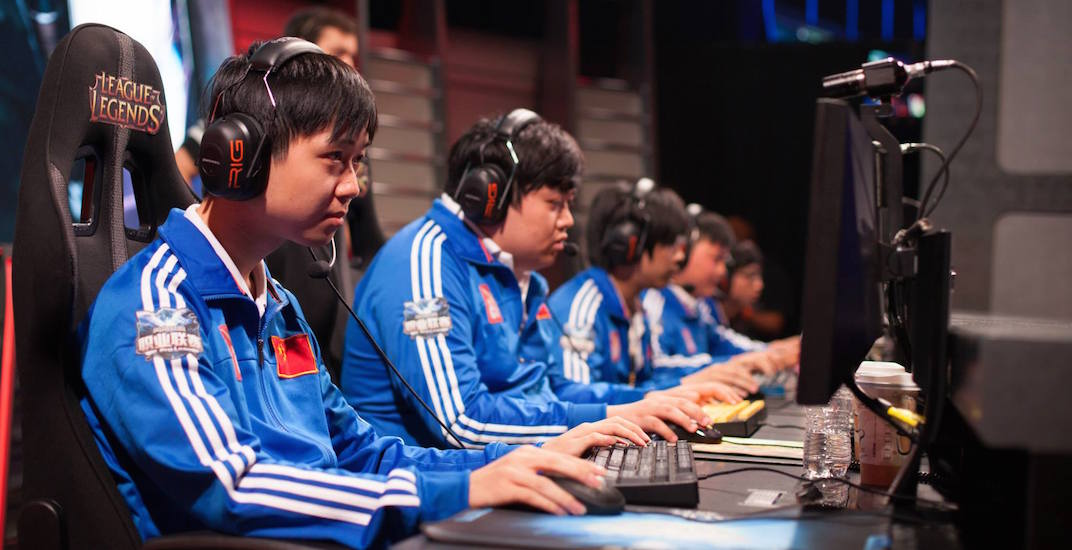 As the fastest growing spectator sport in the world, video games are getting the attention of many.

The IOC invited top eSports players, executives, and tournament organizers to participate in a summit in Lausanne, Switzerland last weekend. It’s a signal that the IOC is taking the ‘sport’ seriously, even if some still snicker at the idea of gamers being athletes.

If all goes well, we could see video game competitions in the Olympics in the next 10 years.

“We want to go into this meeting with a very open mind,” IOC President Thomas Bach told reporters last Friday. “We want to listen, we want to learn.”

Indeed he did, strapping on some virtual reality goggles for a game of boxing.

Meanwhile at the @OlympicMuseum ahead of the #EsportsForum tomorrow it's Game Set and Match for the IOC President Thomas Bach. pic.twitter.com/43SORt9Xcl

The reason for the IOC’s interest is obvious. Not only are eSports on the rise, they’re on the rise with young people. Competitions fill stadiums and top gamers get paid big money.

While the IOC still isn’t in total agreement if this should be considered a ‘sport,’ Bach did have complimentary things to say about its ‘athletes.’

“[Pro gamers] prepare and compete in a way, and with physical demands, which can be compared to the ones in more traditional sports. You need long-time concentration, you need quick reaction, you need tactical understanding, you need to be not only mentally fit but also physically fit.”

There’s still a long way to go before eSports get included in the Olympics, with Bach saying there’s no chance it would be considered for Tokyo 2020 or Paris 2024. But he didn’t rule out Los Angeles 2028.

Currently without a unified organization overseeing all of eSports, it will be a challenge to figure out which games would be included. No games that promote violence or discrimination will be considered, Bach said.

A recognized international federation will need to be developed too, to guarantee compliance with the rules and regulations of the Olympics.