Bargain retailer Value Village has pulled several little girls’ Halloween costumes from their shelves after a Victoria mom decried the get-ups as being too sexy for kids.

Raina Delisle was shopping for a firefighter costumer for her nearly-four-year-old daughter and found that the boys’ ones were true-to-life, whereas the girls version was a tarted up take on the traditional uniform, according to CBC Vancouver.

Four-to-six year old boys get to dress up in costumes that mimic what their adult counterparts really wear in the professional world–a firefighter has pants, a jacket, a hard hat and an axe. But the girls’ options are unrealistic, and sexualized, charges Delisle. A police officer costume she found for a kindergartener included a short skirt, while a pumpkin included a lace-up corset she called “absolutely disgusting.” 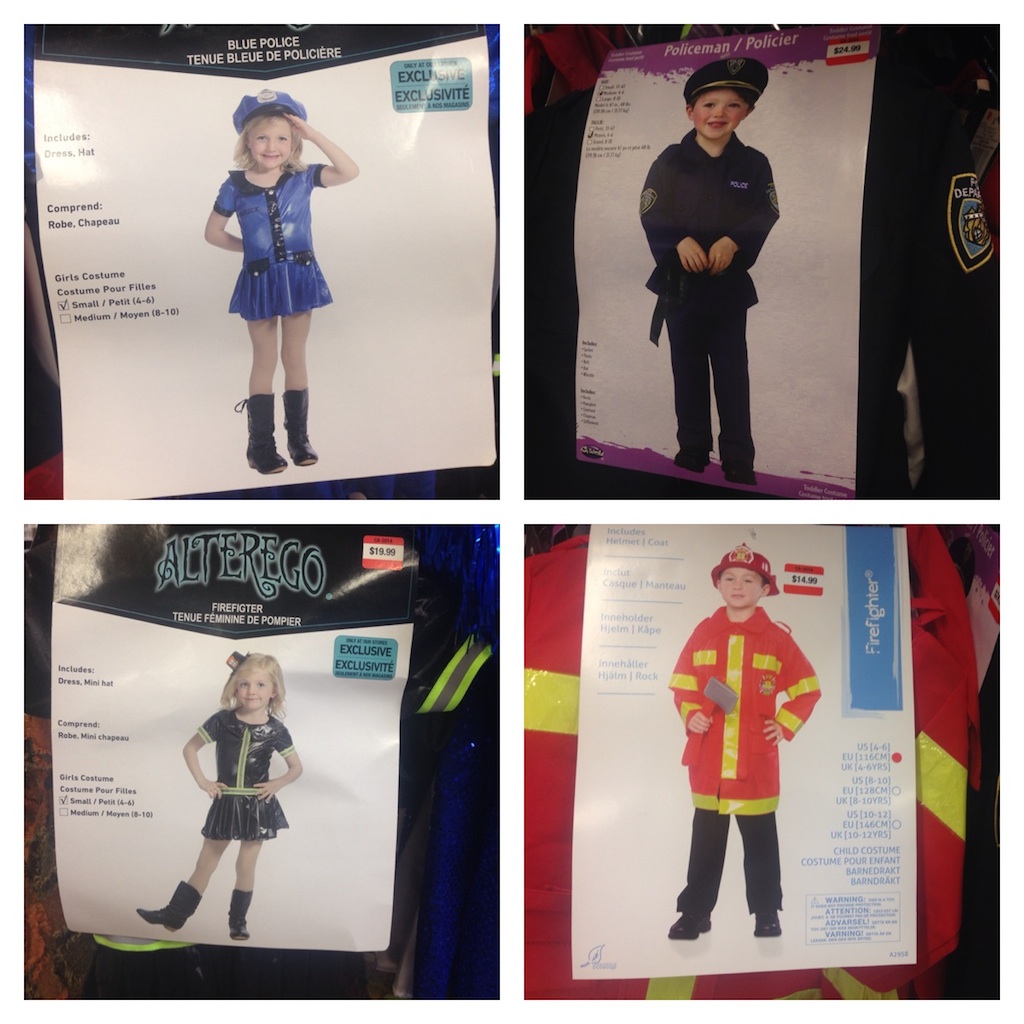 The angry consumer says it reveals a gender double standard. “There shouldn’t be a boys’ version and a girls’ version at this age,” Delisle told Vancity Buzz.

The mom of two girls and stepmom to a teen girl also told Vancity Buzz that it’s key stores “remove the temptation” of these kinds of costumes. “The more we normalize this kind of attire, the more our girls will want to dress this way,” says Delisle.

Feedback from Delisle’s public objection to Value Village’s “sexy” girls’ costumes has included many who say it’s adults who look at those costumes and see sexualization, or who think Delisle and others angered by this kind of product should simply not buy those costumes, or purchase the boy version.

“It’s not enough [to just buy something else] because the images are in the stores, so if they continue to sell those things, little girls are going to want them,” explains Delisle. “Girls will see the way the model looks [on the package] and they’re going to want to model that image themselves.”

And for those who say it all comes down to parenting?

“I want people to know that corporate social responsibility and parental responsibility go hand in hand,” says Delisle. “We are all working together to make this world a better place for our girls.”

Sexy costumes have become part and parcel of Halloween for teen and adult women increasingly over the past two decades. An infographic produced at Halloween 2013 by Value Village says that 30% of Halloween costume shoppers are looking for something sexy. 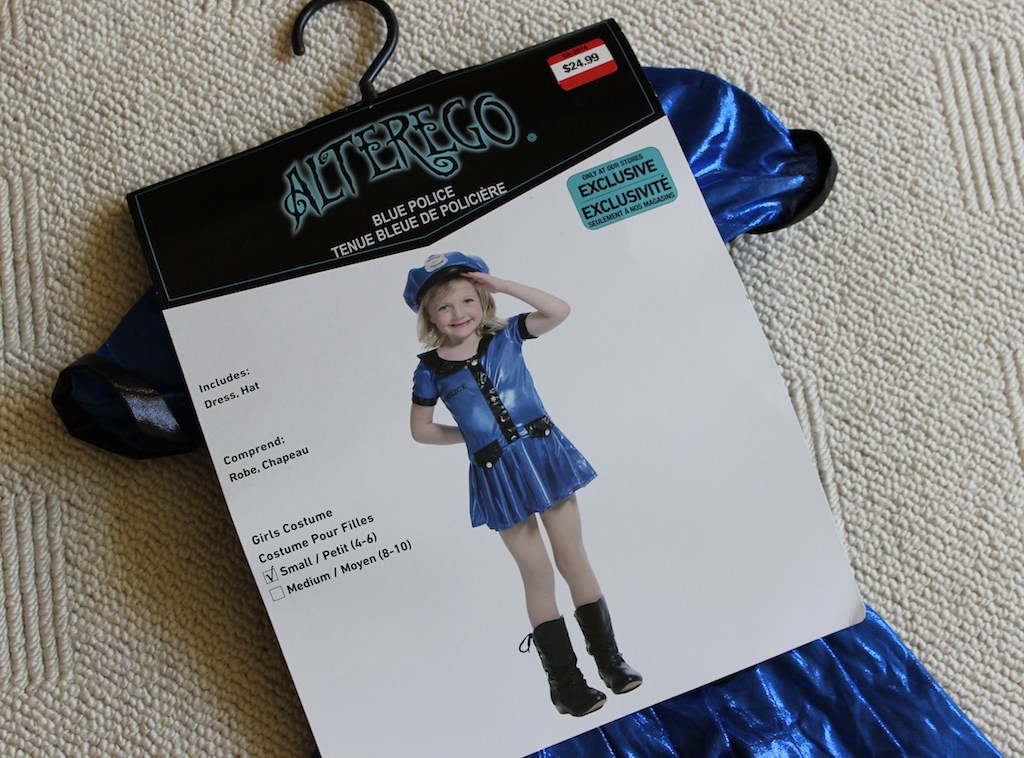 Delisle tried to contact Value Village, who distributes the Chinese-made “Alterego” brand costumes, but they did not reply. However, because Delisle went to the media, Value Village took action, and removed the controversial costumes from their shelves.

Value Village issued a statement Monday claiming their Halloween inventory is based on the wants of their shoppers, adding: “We apologize to those who were offended, and as we move forward, we will evaluate all costumes and packaging keeping this specific customer feedback in mind.”

Delisle says she has only received the statement in an email from the chain, and is unsure if the store removed the products from all of their locations. However, she applauds the store’s decision.

“Hats and fascinators off to Value Village for removing the costumes,” quips Delisle. “It’s a fantastic example, and a very appropriate and honourable response.”

Incidentally, Delisle’s daughter is going to wear a cupcake costume purchased by Delisle’s mom, except she’s going to go as a Cupcake Superhero. Delisle says she’s heading back to Value Village to shop for the cape.