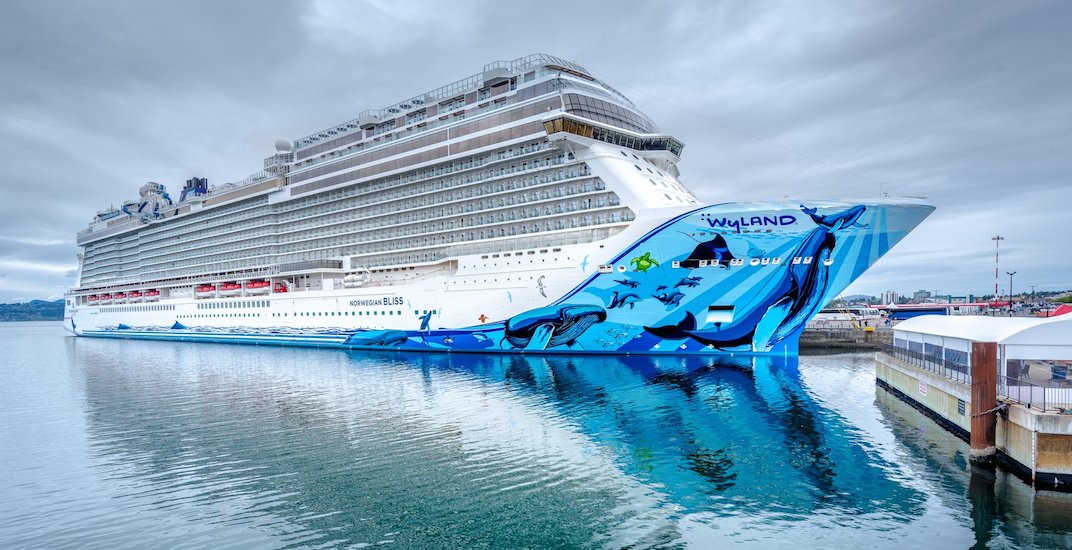 The Norwegian Bliss docked at Ogden Point in Victoria, BC. (Norwegian Cruise Line)

The motion, proposed by Mayor Lisa Helps, and supported by councillors Ben Isitt and Marianne Alto, argued that GVHA needs to do more to reduce and mitigate greenhouse gas emissions and landfill waste from cruise ships. Until then, the authority is being asked to not sign any new long-term contracts or consider home-porting additional cruise ships.

A recent GVHA report indicates emissions at the cruise ship terminal increased by 19.1% between 2010 and 2018, when cruise ship passenger numbers soared by 45%.

Overall, the cruise ship industry has become more green over the decades, but there are still prevailing concerns over the emissions and the volume of untreated waste released into open waters.

Council is also urging city staff to report back on the potential of requiring shore power — electrical plug-in infrastructure for ships at Ogden Point — to significantly reduce the emissions while cruise ships are in port, similar to the Port of Vancouver’s shore power utilities installed at the Canada Place cruise ship terminal in downtown Vancouver in 2009.

According to the Port of Vancouver, the use of shore power by cruise ships with the capability has reduced 582 tonnes of air pollutants and 20,757 tonnes of greenhouse gases over the past decade of use.

The cruise ship businesses in both Victoria and Vancouver are in expansion mode, following global trends of the global cruise travel industry boom.

In April, GVHA signed a 12-year agreement, between 2019 and 2030, with Norwegian Cruise Line, providing a guaranteed berth for the Norwegian Bliss and the Norwegian Joy — the world’s 12th and 13th largest cruise ships, respectively. This year, Norwegian’s vessels accounted for about 30% of all passengers arriving at Victoria’s cruise ship terminal.

In contrast, Canada Place saw a record 1.1 million cruise passengers on 290 ship calls this year — approximately 20% more than 2018. Each cruise ship call provides about $3 million in local economic impact from the spending of the passengers and crew, and the resupply of cruise ships.