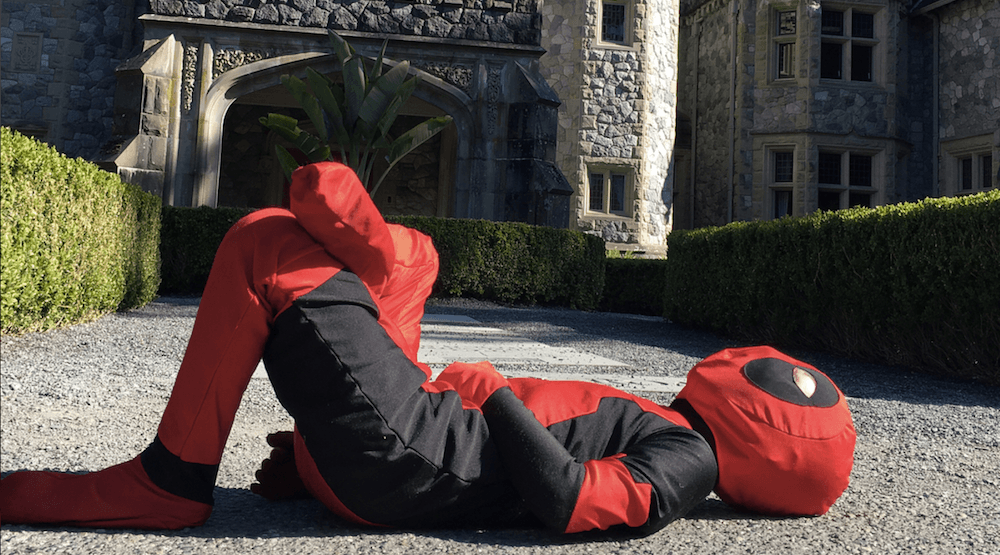 A five-year-old boy in Victoria achieved internet fame as a photo of him recreating a Deadpool pose was noticed by Ryan Reynolds himself.

Ethan Hagel is a (figuratively) big fan of the Marvel Universe superhero, even though the five-year-old has not yet been allowed to see the R-rated flick.

Following Reynold’s Instagram post outside of Hatley Castle in Victoria—the shooting location of the X-Mansion in Deadpool‘s universe— Hagel donned his own Deadpool costume and copied the Canadian actor’s photo.

After the shot was uploaded online by his mother, Cheryl Hagel, the photo found its way to Reynolds, who posted it on his own Instagram account.

All 5 yr old Ethan Hagel wanted for his Birthday was a mini Deadpool costume. First, his parents delivered. Then… it was his turn.

Deadpool didn’t have a sidekick in the 2016 movie, though maybe there will be room for a tiny ally down the line.