The owner of a Yorkshire Terrier is reeling after her dog was attacked by an Airedale in Yaletown.

This is the second dog attack in Yaletown in the last week.

Bahara Rahimi is not sure if she will be able to cover the costs of her dog, Lily’s, emergency veterinary bills, and she is not even sure if Lily will survive. 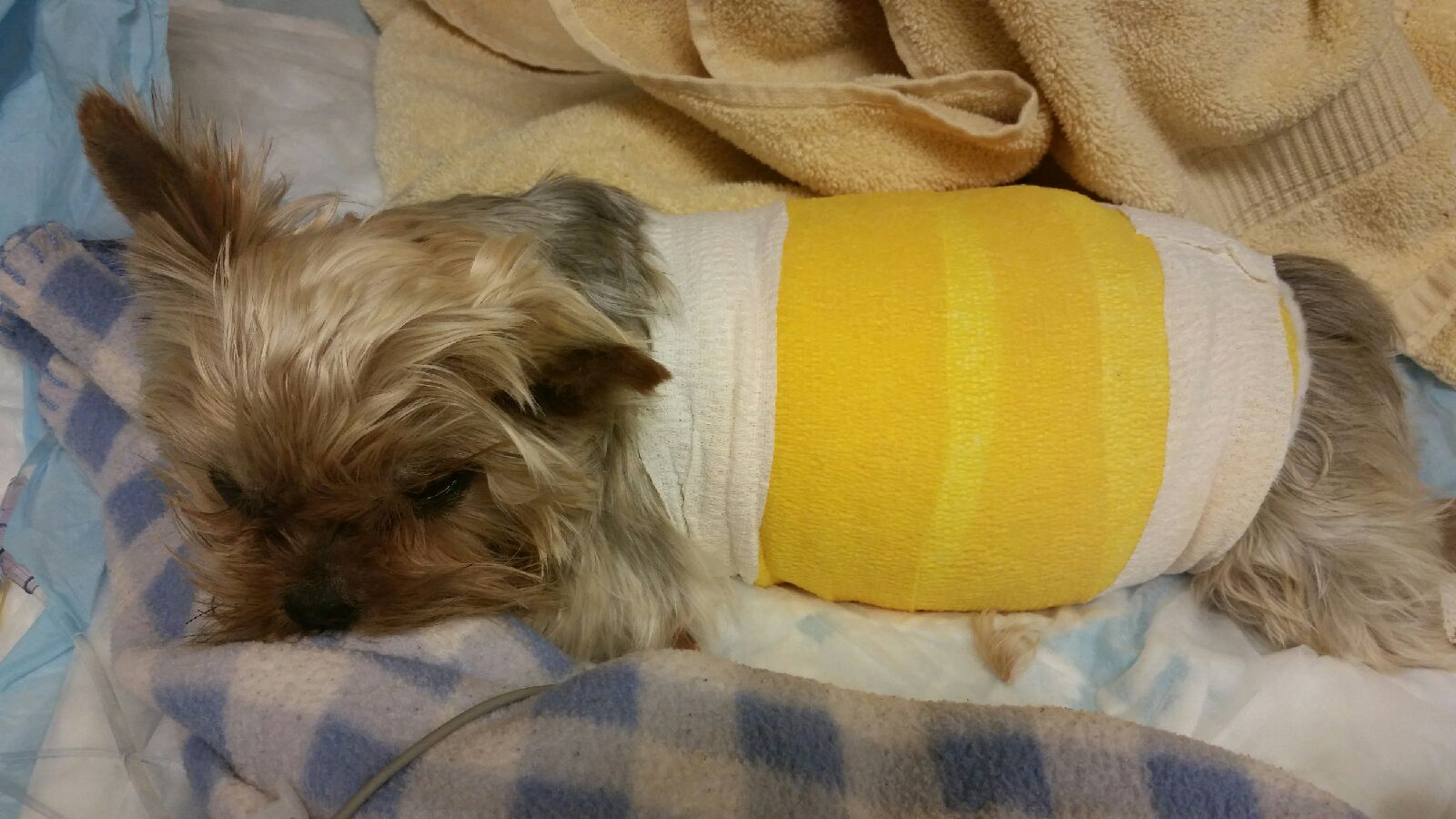 Rahimi says she and Lily were walking in Emery Barnes Park last night at around 10 p.m. when they were approached by a man with an Airedale. He said his dog was aggressive, but that he wanted to socialize the dog.

Without warning, the unleashed dog took off and grabbed Lily, who was leashed at the time, and picked her up and shook her around, injuring her extensively. To make things worse, Lily also suffers from a neurological disease called granulomatous meningoencephalitis (GME).

“I am a 19 year old student and I’ve had my girl for two years,” Rahimi told Vancity Buzz. “She’s been with me through a lot and I’ve been with her when she got her neurological problems. I can not imagine my life without her.”

She has injuries to her abdomen, and her bowels and intestines are only covered by a thin layer of skin. She may never walk or urinate properly again.

Even if Lily does not survive, Rahimi is on the hook for more than $10,000 worth of emergency vet bills. She says she can pay half of it, but she needs help for the rest.

She has set up a GoFundMe page to help cover the remaining costs.

As for the owner of the Airedale, Rahimi filed a police report using the name that he gave her, but he took off after the incident. She believes he gave her a fake name, but police are currently investigating.