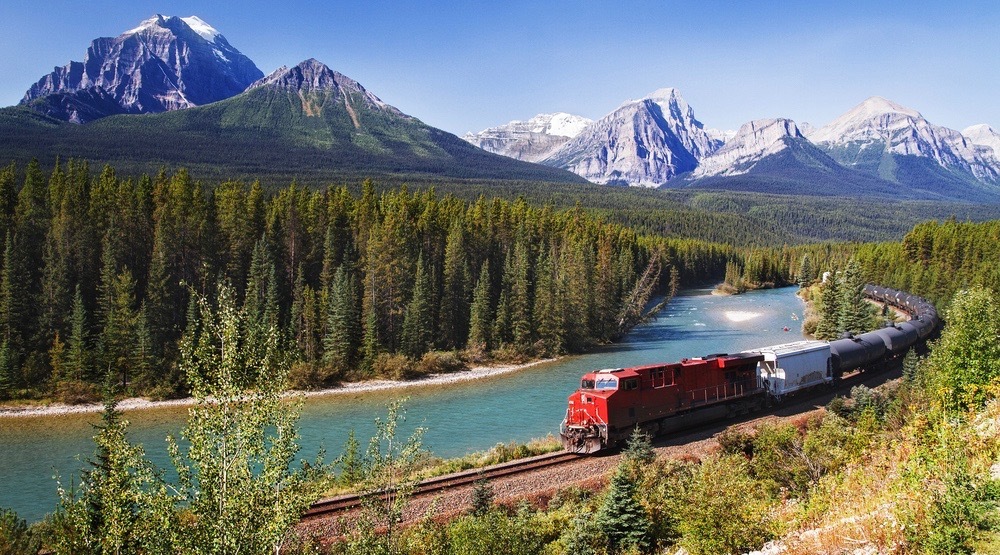 It looks like VIA Rail couldn’t keep up with the speed of the internet.

Offering a deal that seemed too good to be true – $150 unlimited rail travel for the month of July – VIA’s website first felt the painful rush of the internet in the form of a crash, rendering the pass momentarily unavailable:

Due to technical difficulties, our Canada 150 Youth Pass is temporarily unavailable. Stay tuned for more updates.

Sales were then “suspended” while VIA figured out what to do with the high demand, posting this message to their website:

Due to high demand, sales of the Canada 150 Youth Pass are temporarily suspended. VIA Rail is pleasantly surprised by Canadians’ enthusiasm to take part in the Canada 150 celebrations, and the popularity of this product. VIA Rail’s technical teams are working to find the source of the problem. VIA Rail is sorry for the inconvenience the situation may have caused. All efforts are being deployed to resolve the problem as quickly as possible. More information will follow once the situation has been resolved.

before they came back online to announce that the pass was now available for purchase:

The Canada 150 Youth Pass is now available for purchase. You may experience delays during your purchasing process. https://t.co/tN5870QQOp

However, only 1,867 passes would now be available (in ‘honour’ of the year of Canada’s birth…), and the internet was not having it.

Of course, it wasn’t simply that the campaign had crashed, then limited itself, then sold out all in one day that had Canadians up in arms. It was also the fact that the deal limited itself to those between ages 12 and 25:

One thing’s for sure, if you are one of the lucky 1,867 people who did get a ticket, you’re probably very, very happy. And if you’re not, well, you probably feel a lot more like the people tweeting about it below…

Wow @VIA_Rail that 150 pass was an epic fail… website was experiencing issues and by the time anybody can get on the passes are sold out?

Nothing has made me more angry than the $150 Via Rail pass selling out before I could get one, I hate you @VIA_Rail

@VIA_Rail so fucking bullshit, never travelling by train AGAIN, I wanted to see bc for 150 bucks and the promo wasnt advert till recently..

Dreams crushed from the via rail 150 pass being sold out. Couldn’t access the website all night. #eastcoastdreams #viarail #dreamtotrain

New favourite PR-nightmare case: @VIA_Rail gaining massive support from one of Canada’s largest demographics and losing it within hours

@VIA_Rail If your website can’t handle a promo like this, don’t do it. You have let down thousands of young Canadians.