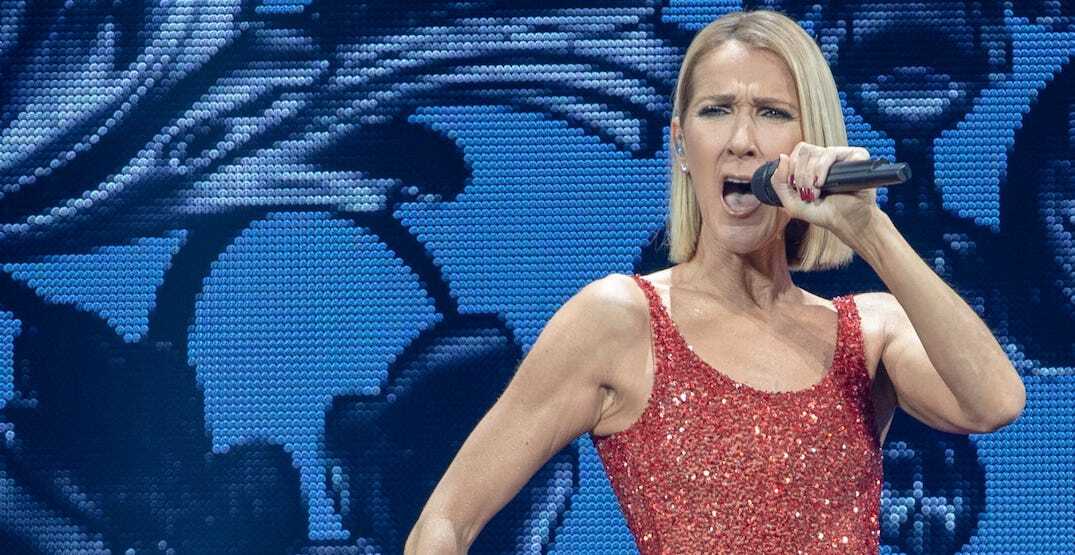 A Céline Dion moment was practically written in the stars as soon it was announced Montreal would play Vegas in this year’s NHL playoffs. It is a TITANIC matchup, after all.

Born in the Montreal suburb of Charlemagne, Dion has lived most of the last two decades in Las Vegas since she first started her five-nights-a-week residency show at Caesars Palace in 2002.

Dion is one of the most successful Canadian artists of all time, having won five Grammy Awards throughout her career. She also lays claim to having the best-selling album in France of all time, with 1995’s French-language D’eux selling over 4.2 million copies in the country.

It makes sense why Montreal wants to lay claim to her, and why Vegas’ operations staff also knew they could have a little bit of fun with the Québécois as well.

Canadiens fans weren’t too happy about her appearing in a different city’s colours.

The biggest traitor in the province of Quebec. Celine Dion, how could you? #GoHabsGo pic.twitter.com/6MTYocqxP4

This could become an international incident. #StanleyCup #GoldenKnights #GoHabsGo https://t.co/WZLup5Xhrm

And the Montreal Gazette even went so far as to call Dion “a traitor” on Twitter.

But it appears that Dion’s true hockey loyalties are still a bit of a mystery after all. The rival team’s helmet may have been digitally edited into the photo of Dion.

Many were quick to dig up a 2018 tweet from the Golden Knights of Dion donning their jersey for one of her concerts.

We're everything we are

The Canadiens got the last laugh, however. They won last night’s game by a 4-1 score, and are now up 3-2 in the series, just one win away from advancing to the Stanley Cup Final.