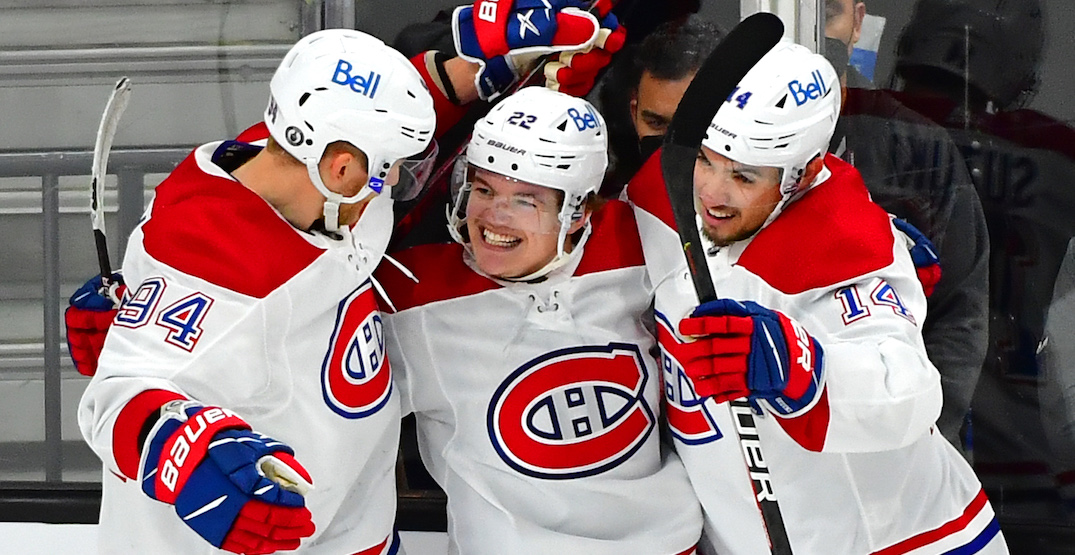 The Montreal Canadiens are one win away from their first trip to the Stanley Cup Final since 1993 after a 4-1 win over the Vegas Golden Knights in Game 5 at T-Mobile Arena on Tuesday.

Montreal jumped out to a 3-0 lead and never looked back, getting goals from Jesperi Kotkaniemi, Eric Staal, and Cole Caufield. Max Pacioretty scored the lone goal for Vegas, and Nick Suzuki added an empty netter for the Habs.

Kotkaniemi opened the scoring for Montreal just about halfway through the first period. Then early on in the second period, Staal gave the Canadiens some insurance.

Caufield buried a nice feed from Corey Perry on the power play later in the second to extend the lead to 3-0. Early on in the third, Pacioretty, the former Habs captain, scored his first goal of the series to get the Golden Knights on the board. Vegas was never able to close the gap any further, though. Carey Price finished with 26 saves in the victory.

Just about nine minutes into the opening frame, Kotkaniemi put home the rebound off a Josh Anderson breakaway to give the Habs a 1-0 lead.

Kotkaniemi’s fifth goal of the postseason tied him with Tyler Toffoli and Joel Armia for the team lead.

Just over six minutes into the second period, Staal extended the Canadiens’ lead with his second goal of the playoffs off a great pass from Suzuki.

Caufield’s third goal of the series extended the lead to 3-0 before the end of the second period. Early in the third, Pacioretty scored his fifth goal of the playoffs to break the shutout and get the Golden Knights back within a pair.

Suzuki, the centre-piece of the trade between Vegas and Montreal that sent Pacioretty to the Knights, added an empty netter for the Habs with just over a minute to go, moving into a four-way tie with Toffoli, Armia and Kotkaniemi for the team lead in goals in the playoffs.

The Canadiens will take a 3-2 series lead back to Montreal, and can win the series in Game 6 on Thursday (8 pm ET/5 pm PT).