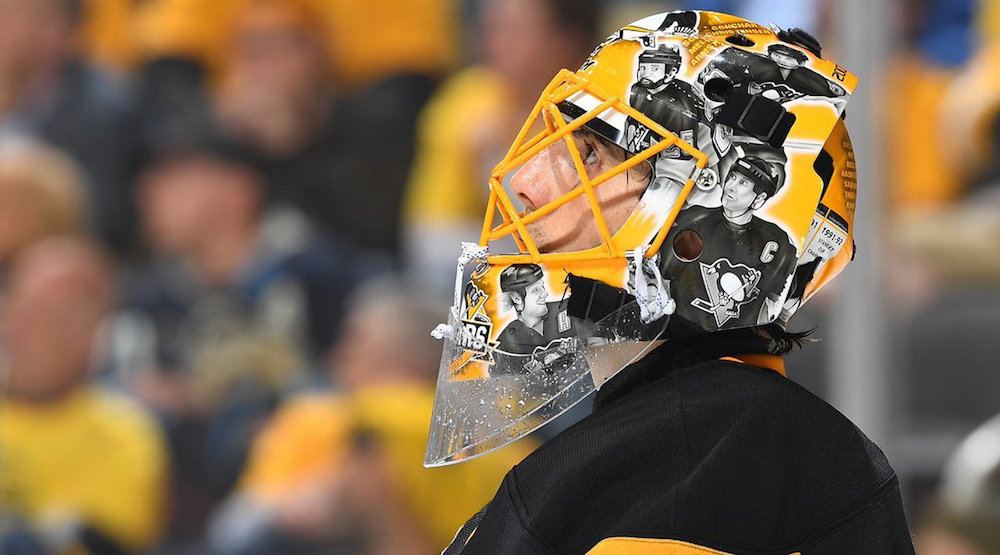 The Vegas Golden Knights have a team!

After over a year of speculating and making mock expansion drafts, it finally went down on Wednesday night.

Here’s a full list of players selected by the Golden Knights. 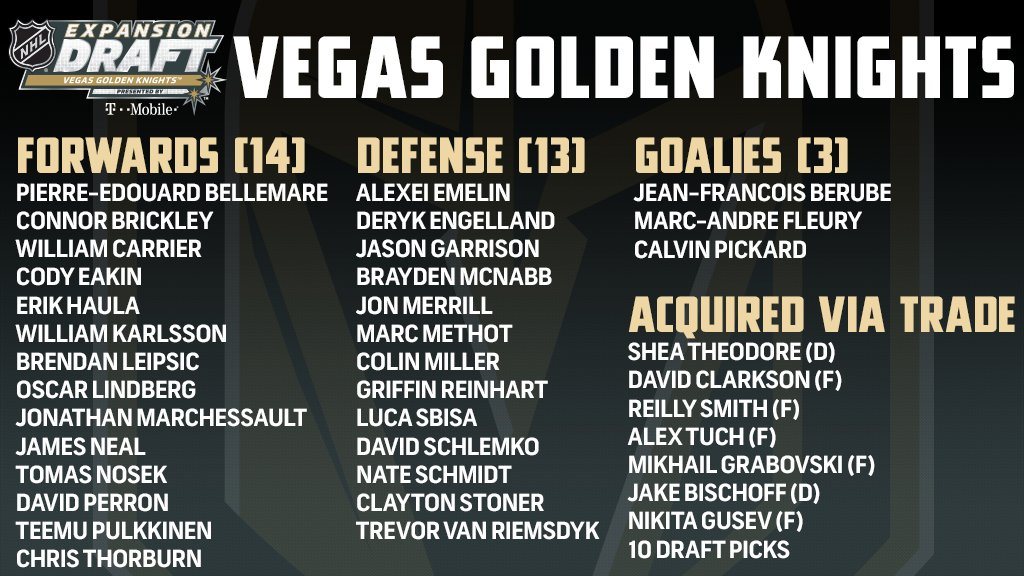 The Golden Knights announced their 30 selections over the course of the NHL awards ceremony. There were also a number of trades made by the newest team.

Among the trades was Vegas acquiring both Jonathan Marchessault and Reilly Smith from the Florida Panthers for a 4th round pick, and getting Shea Theodore in return for selecting Clayton Stoner from the Anaheim Ducks.

They also got a massive haul from the Islanders in exchange for taking J.F Berube over one of their exposed forwards.

While many of the Golden Knights selections went as expected, there were a few surprises.

Other players moving to Vegas from Canadian teams include Brendan Leipsic from Toronto, Alexei Emelin from Montreal, Griffin Reinhart from Edmonton, Mark Methot from Ottawa, and Chris Thorburn from Winnipeg.

Most notable among the inaugural Vegas squad is Methot, James Neal, and of course, Marc-Andre Fleury.

When you build a team from scratch, you start from the net out. We also decided to start with a Stanley Cup champion. #VegasDraft pic.twitter.com/dx2BhiGVLc

There’s likely to be more deals to come from Vegas (they have 14 NHL defencemen right now). The only trades announced Wednesday night were ones that directly pertained to the expansion draft. Any other kind of trade (like flipping a picked player to another team) are to be announced after the trade freeze lifts on Thursday.

It was a huge night for the Golden Knights franchise, but the work is far from over. They’re likely to make more trades tomorrow, and on Friday, they’ll partake in their first-ever NHL entry draft.