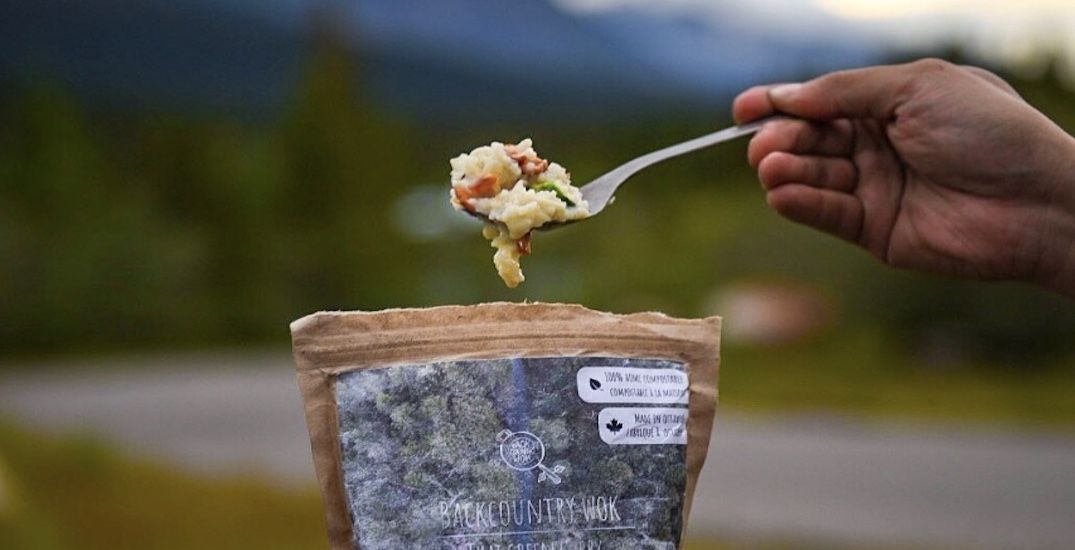 A scientist and avid camper wants to change how outdoor enthusiasts consume camping food after surpassing a Kickstarter goal to produce environmentally-friendly Asian meals across Canada.

Backcountry Wok Founder Melanie Ang started the company after becoming frustrated with the plastic waste that often comes with camping meals on the market.

Ang said a trip near Tofino was a turning point for her, when her group came out of the backcountry “we each had a bag of trash and it was all this plastic and aluminum waste from all these dehydrated meals that we would eat,” and said it didn’t make sense for outdoor lovers to add more garbage to the world.

On top of waste, Ang said a lot of camping food is not healthy with a lot of salt and preservatives.  She decided to come up with a sustainable solution, and started making her own meals to take on camping trips, sharing with friends and “then people were just intrigued at camping sites,” and the business began to grow “organically” from there.

She’s now brought on three people to help build the startup business, including a dietician to help come up with healthy-multicultural dishes.

There are three different vegan dishes so far: ‘Bibimbap’ Korean Fried Rice, Thai Green Curry, and The Original Fried Rice. All you need to do is add hot water, wait about 20 minutes, and then dig in.

The first meal created was the Bibimbap Korean Fried Rice dish with gochujang, a red pepper paste to give a little extra kick to it, there’s also the Thai Green Curry and the Original Fried Rice, which isn’t spicy, “we make all of this from scratch, all the paste, and we eat a lot of dehydrated foods,” Ang said.

“At one point I was eating the Bibimbap every single day for a month,” to perfect the recipe, Ang said. 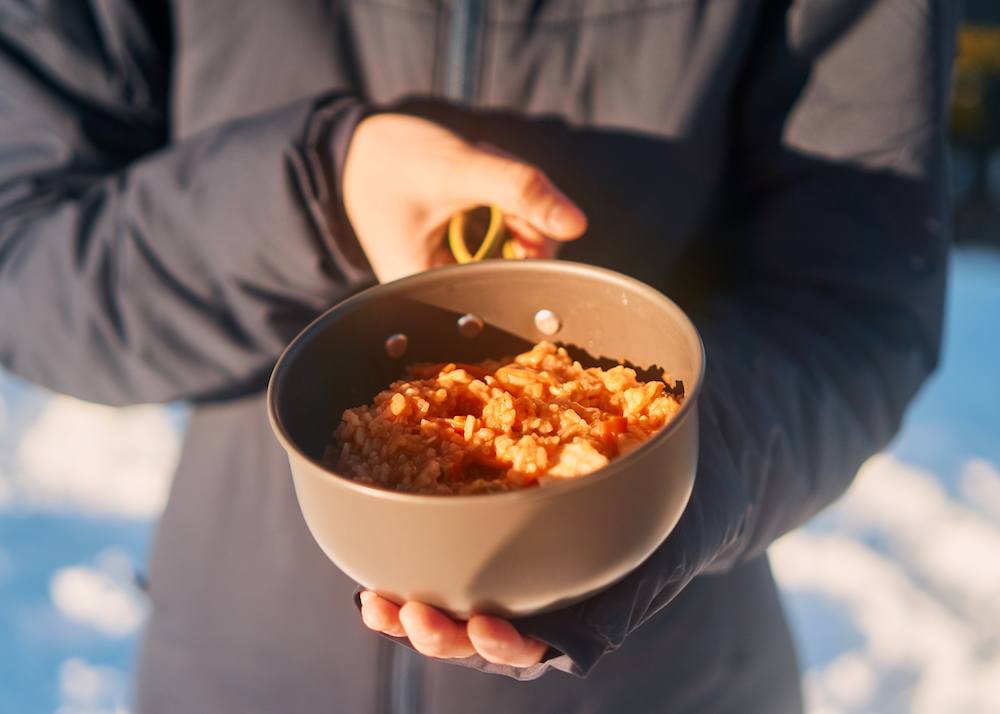 Breaking down the packaging — the compostable bag is paper on the outside and has a corn-based liner inside which is heat resistant, tested up to about 130 degrees Celsius.  It would take about 400 days to fully compost, she said. 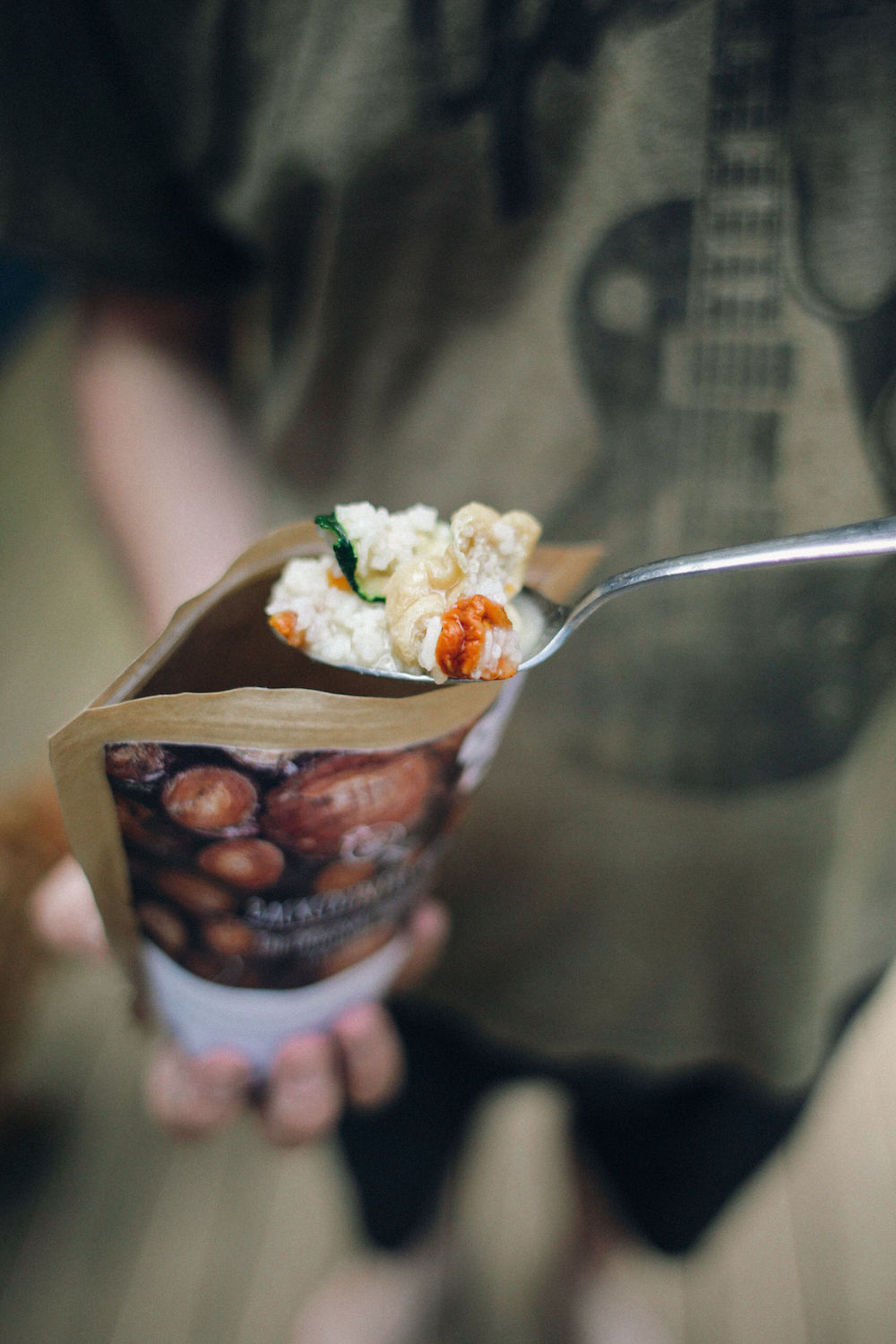 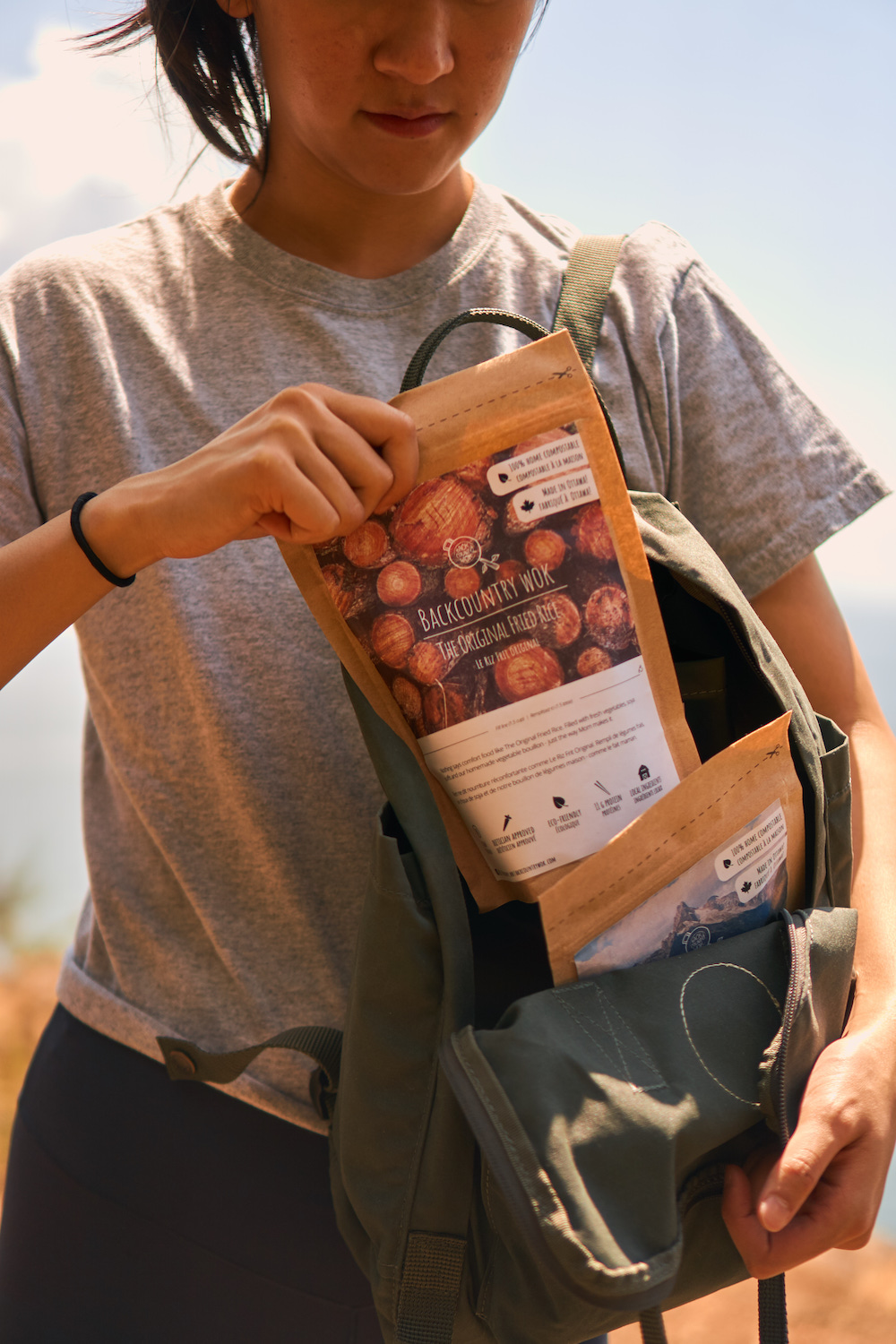 Each dish is currently selling for $11.99, and makes about one and half to two servings.

Based in Vancouver and Ottawa, Ang said the team is now going to be buying large commercial equipment to expand the business across the country.

In Vancouver, Backcountry Wok is being sold at the UBC bookstore, in Toronto at Unboxed Market, a zero-waste grocery store, and Nu Grocery in Ottawa, also zero-waste, and meals are also available online to buy.