If you’ve ever been to a live Canucks game, you know there’s nothing like it. The pre-game bustle as the building begins to fill. The first look at the team as they hit the ice for warm up. The spine-tingling game opening and anthem.

The collective energy of more than 18,000 fans as they react to every big moment in unison. And all the speed, toughness, drama and beauty of the game at its best. Get in on the action and see the Vancouver Canucks take on the defending Stanley Cup Champions Los Angeles Kings on New Year’s Day!

Once again, the Vancouver Canucks have hopped on board the biggest giveaway campaign in the city by donating a team signed hockey stick and lower bowl tickets. 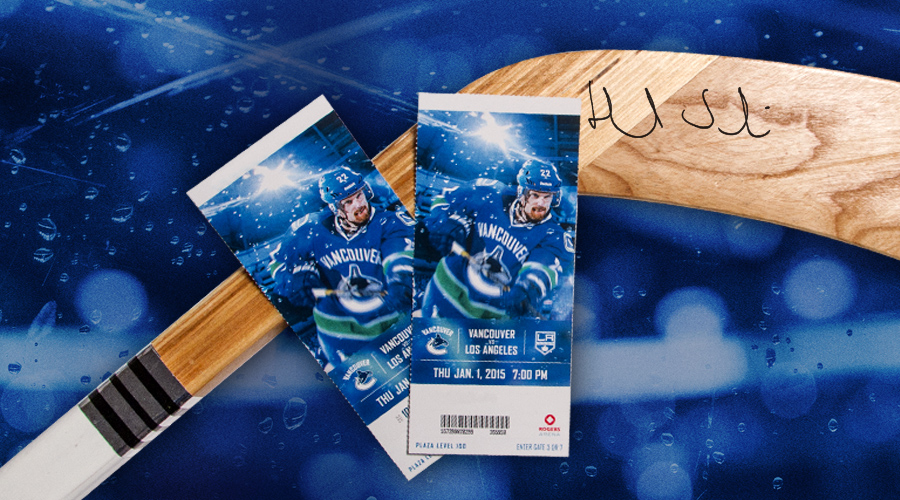 Up for grabs is a team signed stick and tickets to the January 1, 2015 game against the L.A. Kings.

2. Follow us on Instagram – @VancityBuzz. Once you have, let us know in the comments below that you want to enter. (1 entry)

3. Sign up for our weekly Buzz newsletter. Once you have, let us know in the comments below that you want to enter. (1 entry)

4. Leave a comment below and tell us what your favourite Canucks memory is. (1 entry) 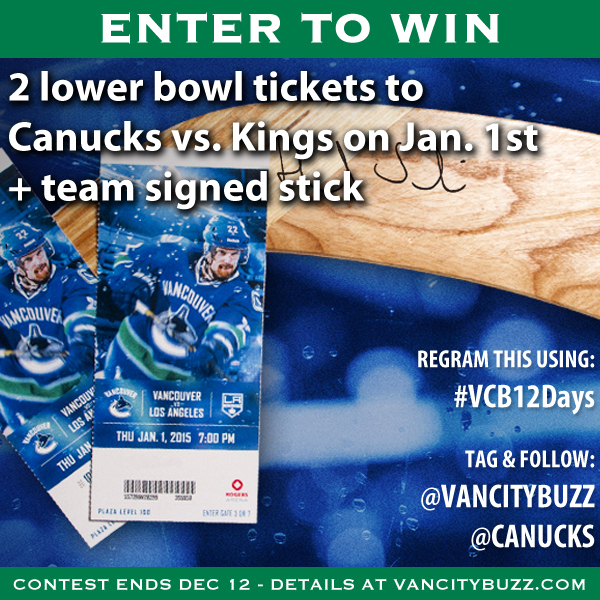 Enter to win more prizes in the 12 Days of Giveaways!