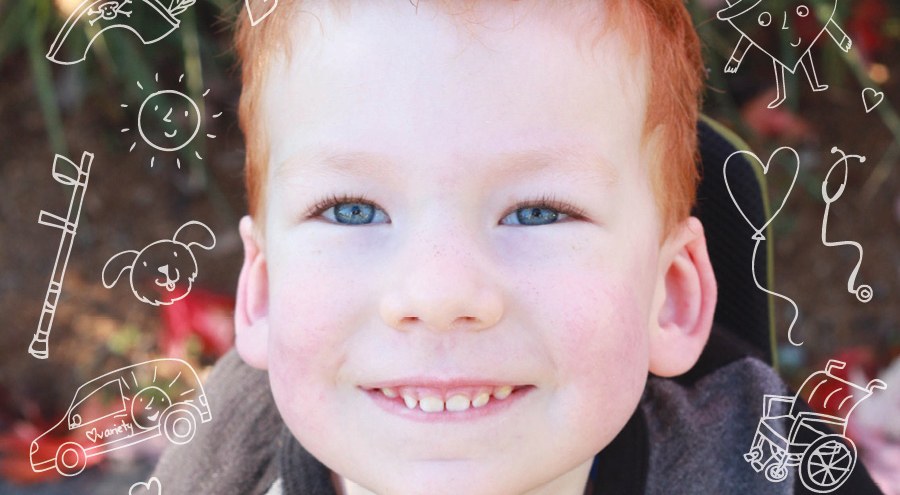 Nicolas is one of the children being supported by Variety (Variety)

The first ever Variety Week kicks off in BC this Monday in a new campaign to support children with special needs and their families throughout the province.

Variety, a charity which aims to ensure every child with special needs fulfills their potential, is teaming up with Global BC for the week-long, on air and online campaign.

On Friday, Variety Week will culminate in the Variety Week Street Festival, at the Central City Plaza in Surrey, with live music, kids entertainment, mascot competitions and more.

Variety is hoping to raise funds to provide much needed medical and mobility equipment and life-changing experiences for children with special needs.

“The goal of Variety Week is wonderfully simple: we want to help as many kids as we possibly can,” said Variety BC executive director, Kristy Gill, in a release.

“Variety Week will bring together donors from communities all across British Columbia to help us provide direct support to children with special needs.”

Since 2010, Variety has distributed more than $30 million in funding to families of children with special needs and organizations in BC.

Here are just some of the children with special needs that Variety has helped so far. To help more children like them, go online to donate at: variety.bc.ca/variety-week. 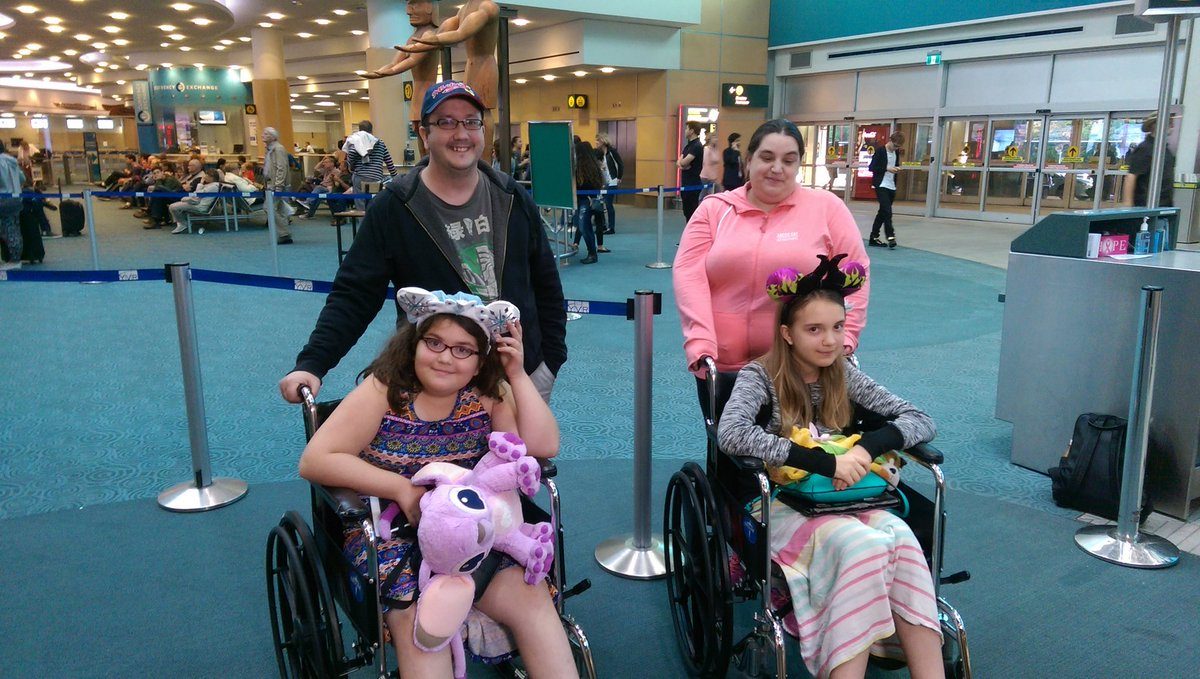 Sisters Kaelyn and Karissa were born with genetic conditions that created severe and unique challenges for them and their family. Kaelyn experiences seizures and has a liver disease. Karissa developed a large tumour in her ear, which interfered with her hearing and sleeping. Their lives have been spent in and out of hospitals and seeing specialists. Variety BC was able to make sure they got the support they needed, but the family had never been on a trip that didn’t involve a hospital visit – until they were given a vacation to Disneyland. 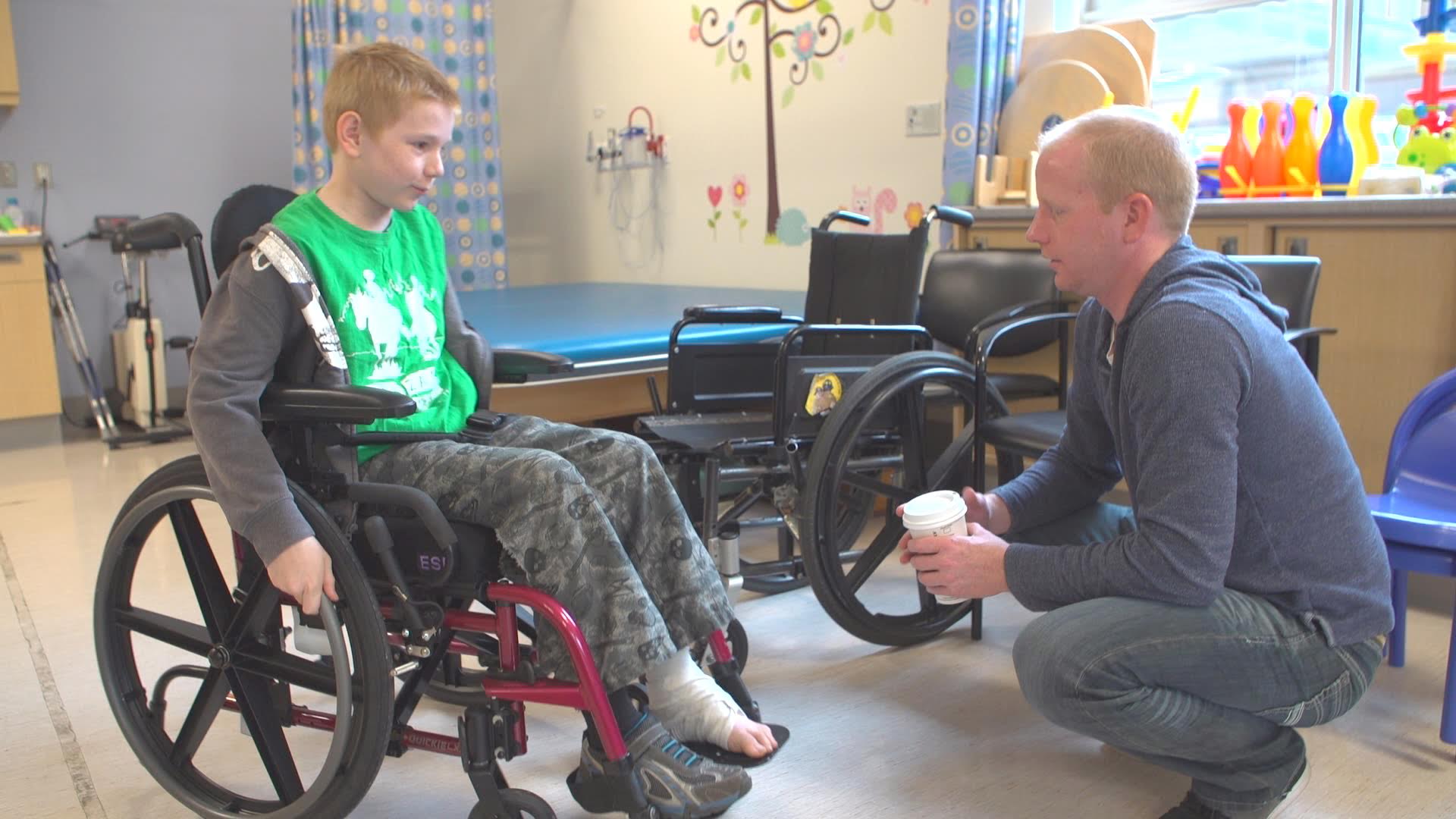 Johannes in his new wheelchair (Variety)

Johannes’ father Jamie says Variety has been a “godsend” to their family on more than one occasion. When Johannes was eight months old, he underwent a multi-layer laminectomy; nine of his vertebrae were removed to extract a large blood clot in his spine.

Variety covered the cost of his brace and his family never ever had to worry about how they would afford it. Now that Johannes is older, he needs a wheelchair due to his severe hemophilia, but his family could only afford one from the Salvation Army. It was rusty and would cut into his clothes and body. Variety has provided funding to allow the family to purchase a folding wheelchair, with a cushion. His family say the brand new chair has given him hope, excitement and mobility. 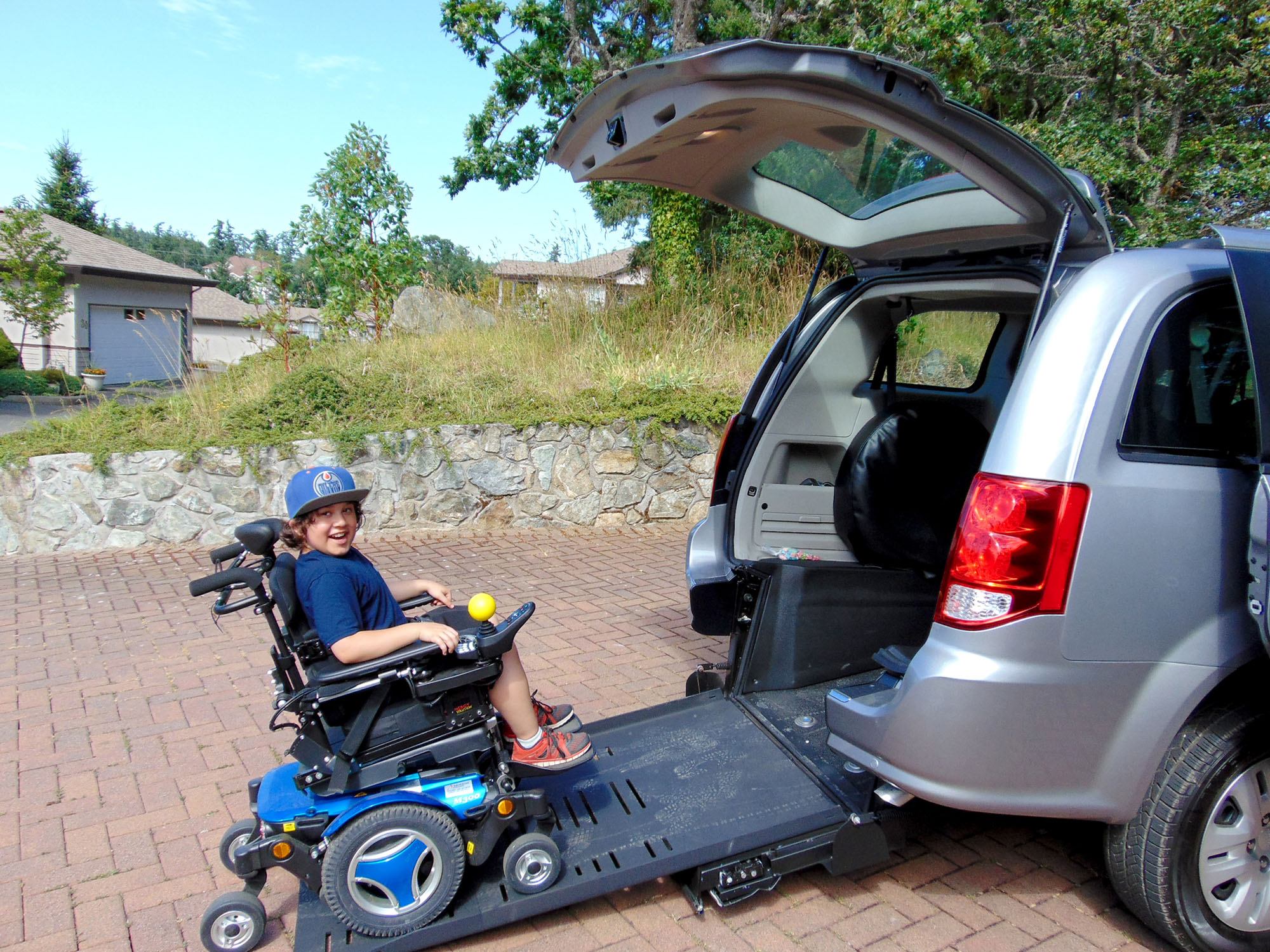 Dacian getting into his family’s wheelchair-converted van (Variety)

At four-years-old, Dacian was diagnosed with Duchenne’s Muscular Dystrophy. The condition is progressive – boys suffering with DMD often lose the ability to walk by the age of 12 and rarely live into their 30s. Dacian can still walk, but uses a wheelchair most days to get around, because his energy levels deplete quickly.

Variety provided funding that allowed the family to get a wheelchair-converted van. Dacian is now able to take his power wheelchair everywhere, giving him a much needed sense of independence. 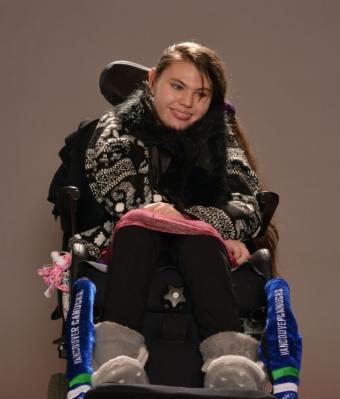 Destiny is similar to most girls her age: she likes music, having her nails painted, and is a huge sports fan. However, she experiences life from a wheelchair. Diagnosed with Rett syndrome, she live with seizures, a bleeding disorder, and club feet. Variety helped Destiny by providing her with a specially enclosed bed to keep her safe, and an iPad that helped her participate in school and communicate with her classmates. Most children with Rett syndrome cannot control their hand movements, but Destiny’s love of sports helped her achieve something remarkable. Not only did she learned to toss a ball, but in 2013 threw out the first pitch at a Vancouver Canadians baseball game. 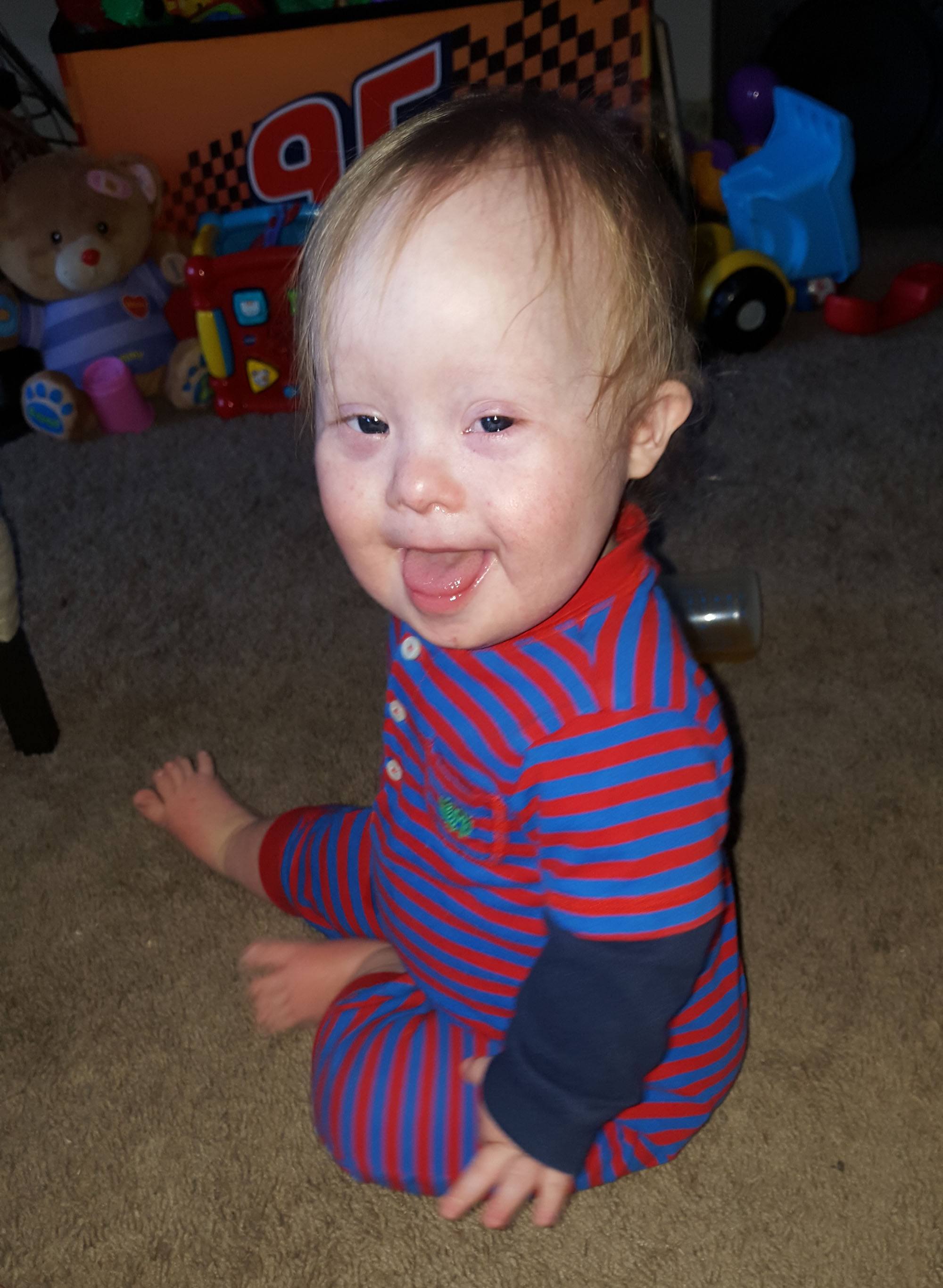 Drake, who was born with a rare form of Down syndrome (Variety)

Drake was born with a very rare form of Down syndrome, a large hole in his heart, and a muscle bundle in the right ventricle of his heart that was inhibiting blood flow. He was in heart failure from day one, and needed open heart surgery at only four months old. Drake also has poor muscle tone and requires special orthoses in order to walk independently.

Variety provided Drake with grants for equipment, so his mother Shelley could take him home from the hospital, and later covered the cost of his orthoses. Shelley says that because of Variety, is enabling her son to walk. 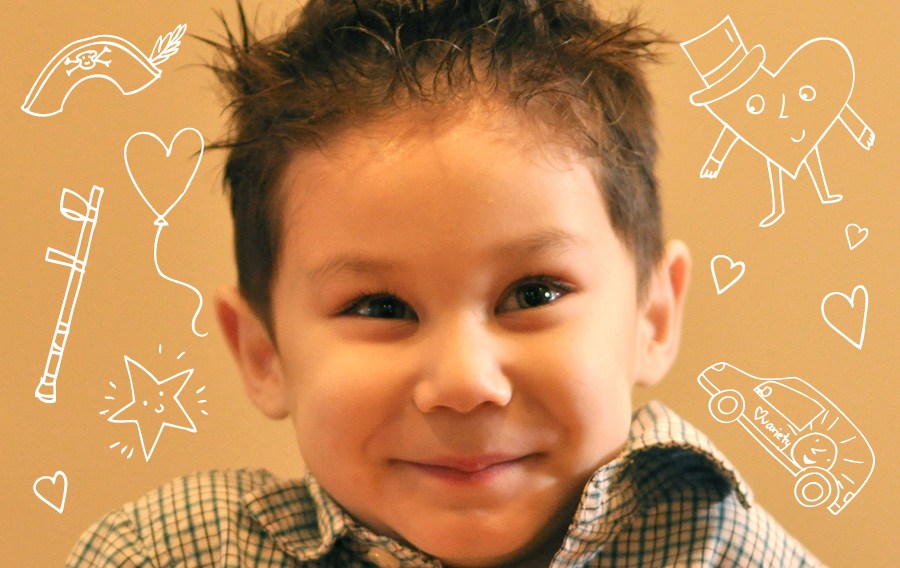 Ryan, who was was diagnosed with an extreme food aversion (Variety)

Ryan was diagnosed with an extreme food aversion. Variety helped by covering the costs of Oral Sensory Occupational Therapy, with grants totalling $6,600. The therapy has helped Ryan to eat a variety of foods that he wouldn’t touch in the past, and his anxiety around meal times is greatly reduced.

Although he is small in stature, increasing his food intake will help him stay strong and healthy. Ryan is now one of Variety’s biggest ambassadors, and during Variety Week he will be doing some cooking with White Spot Executive Chef, Danny Markowicz. 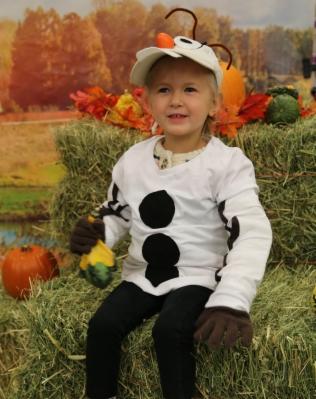 Olivia a newfound sense of independence thanks to Variety (Variety)

Olivia was born with Central Core Myopathy, a disease that causes muscle weakness and can delay the development of motor skills such as sitting, standing and walking. Variety helped pay for a van conversion to accommodate her wheelchair, which allows them to travel together to appointments and outings. It has also given Olivia a newfound sense of
independence – Olivia will stop strangers on the street to show off her “wheels,” because she is so proud of her excursions in her wheelchair.